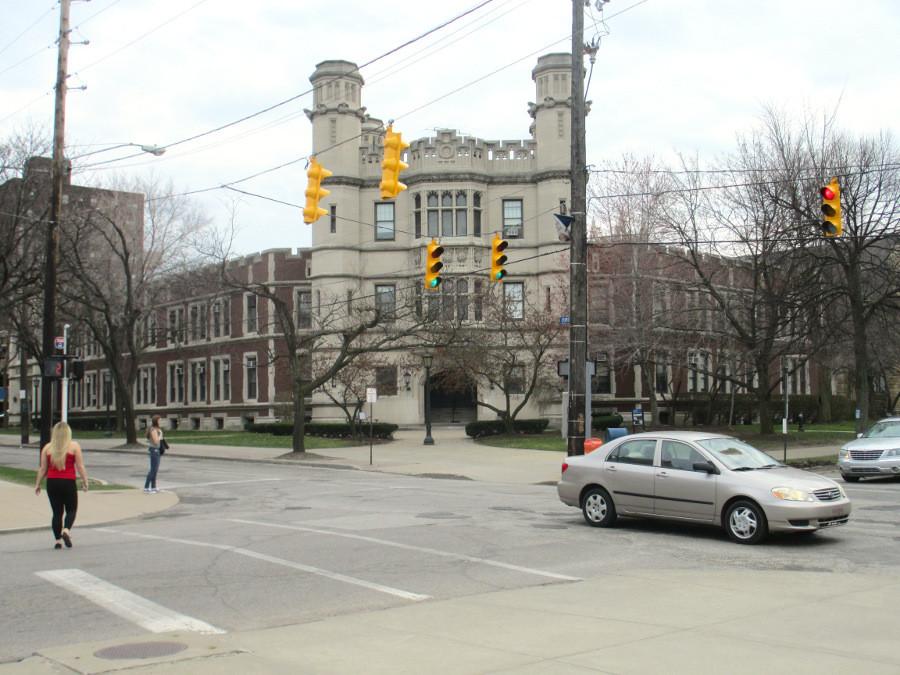 The building’s excessive security measures, which include the locked bathrooms and entrances, can be traced back to an attack that happened at some point in the 1980s or 90s. Most of the information about the attack has devolved into rumor, although most accounts include a female teacher or staff member being assaulted in one of the bathrooms. This resulted in tightened security in the building, which at some point was translated into restricted entrances and key card bathrooms.

These measures, while in response to what I am sure was a very traumatic event for everyone involved and for the campus as a whole, are outdated and no longer necessary. The restricted entrances to the building reinforce the idea that areas outside of the direct Case Western Reserve University campus are unsafe and not to be trusted (the going explanation as to why the front doors of the building are always locked is that Ford Drive is home to dangerous characters). Meanwhile, the closed bathrooms provide a constant inconvenience to students, faculty and staff who are trying to use the building.

The card swipes on the bathroom doors are unnecessary and only serve to further restrict student use of one of the largest and probably nicest buildings left for the humanities. While the quality of space on Mather Quad needs to be reevaluated in its entirety, removing the need for card access to bathrooms and opening all the entrances to Mather Memorial are easy and quick steps.

According to a statement from William Lubinger, Director of Media Relations and Communications, building security is currently being analyzed by Frank Demes, the university’s first Executive Director for Public Safety and Security. Demes began working in November, but Lubinger says, barring any extreme circumstances, he will not be making any significant changes before the end of the year. I encourage him to reevaluate the strict security measures in Mather Memorial sooner rather than later.

Julia Bianco is a fourth-year student and the Director of Web and Multimedia for The Observer.