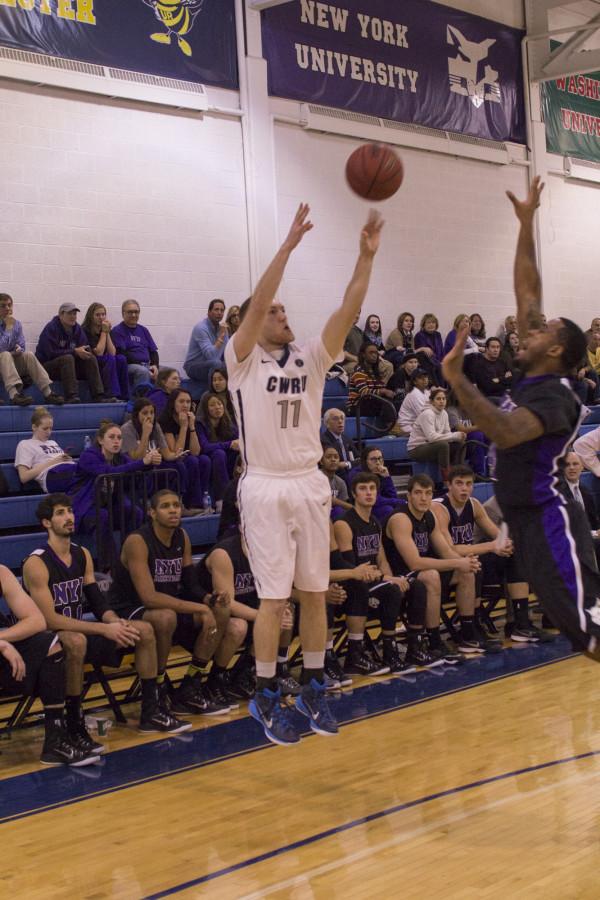 When the Spartans take the court this upcoming weekend against No. 12 Emory University in Atlanta, there will be a noticeable difference in the box score: For the first time in school history, the Case Western Reserve University men’s basketball team will be ranked, having broken into the Division III rankings at No. 25. Off to a searing 12-2 start that has seen lopsided blowouts (80-46 over archrival Carnegie Mellon University) and thrilling finishes (83-81 over Brandeis University in overtime), the Spartans have proven to be a balanced, resilient and cohesive unit.

Whereas the mid-winter months of the basketball season usually do not entail much excitement in the sports community, this year could not be more different. Having already shattered the school record for the best start to a basketball season (at 12-2 and counting), the Spartans are now looking ahead at more team and individual accomplishments. With 11 games left to play, the Spartans have a terrific opportunity to break the school record for wins in a season (17) and finish a perfect home record (currently 8-0).

On an individual note, all-University Athletic Association (UAA) senior forward Dane McLoughlin has continued a terrific final season as captain of the squad, averaging over 16 points and six rebounds per game; with two more treys, he will also stand to break John Link’s CWRU record for career three-pointers, one that has stood for a dozen years already (set from 1999-2003). Freshman twins Eric and David Black have also turned in strong debut campaigns, averaging 10 and 8.8 points, respectively.

While the achievements that the Spartans have already recorded are certainly impressive, the road ahead remains full of pitfalls that the team must avoid to finish the season strong. This Friday, they face the Emory Eagles, the highest ranked team CWRU has been matched against. With only one day off, the squad must then travel north to face a more manageable University of Rochester squad on Sunday. Should they successfully navigate these tricky road games, the Spartans would be in a nearly unassailable position within the UAA, having already compiled a 3-0 record in conference play thus far.

All records are meant to be broken; this season, the CWRU men’s basketball team has the opportunity to virtually rewrite the school history books. It has been a truly magical season for the Spartans—now is the time to bring the magic home.