$10 million donation will carry out second phase of renovation process 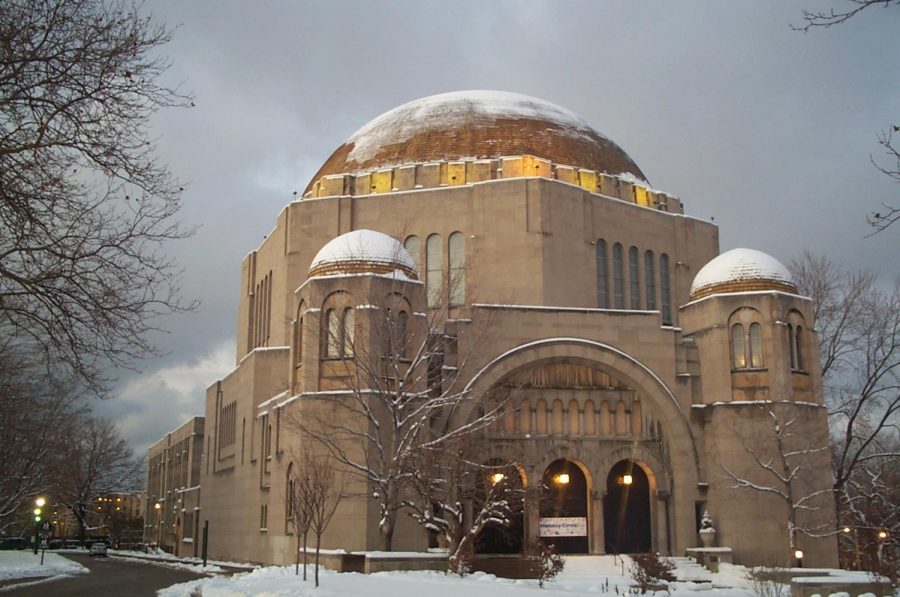 Sitting just west of the Cleveland Museum of Art is the imposing, golden-domed Maltz Performing Arts Center (MPAC). Thanks to a $10 million donation from Roe Green, Case Western Reserve University can now begin its second stage of planned renovations to the 1920s-era temple and surrounding area.

The first phase of the project was made possible by donations totalling $30 million from local philanthropists Milton and Tamar Maltz and the Maltz Family Foundation of the Jewish Federation of Cleveland. Officially named the Milton and Tamar Maltz Performing Arts Center at Temple—Tifereth Israel, phase one involved cooperation with the congregation of The Temple—Tifereth Israel, to renovate historic Silver Hall, MPAC’s main performing space.

Phase two also calls for ambitious plans to expand the Center. Green’s donation is earmarked to establish the Roe Green Proscenium Theater, expand practice spaces at MPAC and create a costume and scene shop. Early renderings of the new additions depict a modern-styled addition which will complement the early-20th century construction of the existing building.

Future plans for CWRU’s western campus are just as bold as the Maltz’s; in 2019, the University plans to open the Health Education Campus (HEC) adjacent to the Maltz Performing Arts Center. While it is currently isolated, the Center is anticipated to be a centerpiece of the burgeoning HEC. CWRU’s western campus, which is only a short walk away, connects to Freiberger Field by the Nord Family Greenway, which cuts between the Cleveland Museum of Art and Wade Lagoon and features a broad walkway with numerous benches flanked by newly-planted trees.

Green’s gift marks the second generation of patronage from her family to CWRU. Green’s father, Ben Green, was the first alumnus of the CWRU School of Law to become a federal district court judge. Following his death in 1983, the Green family made a gift to CWRU’s School of Law, endowing a professorship. The law library is also named after him.

In addition to her support of CWRU, Green has been a strong supporter of the performing arts throughout northeast Ohio. Roe Greene Center for the School of Theatre and Dance at Kent State University and an award supporting rising playwrights also bear her name.