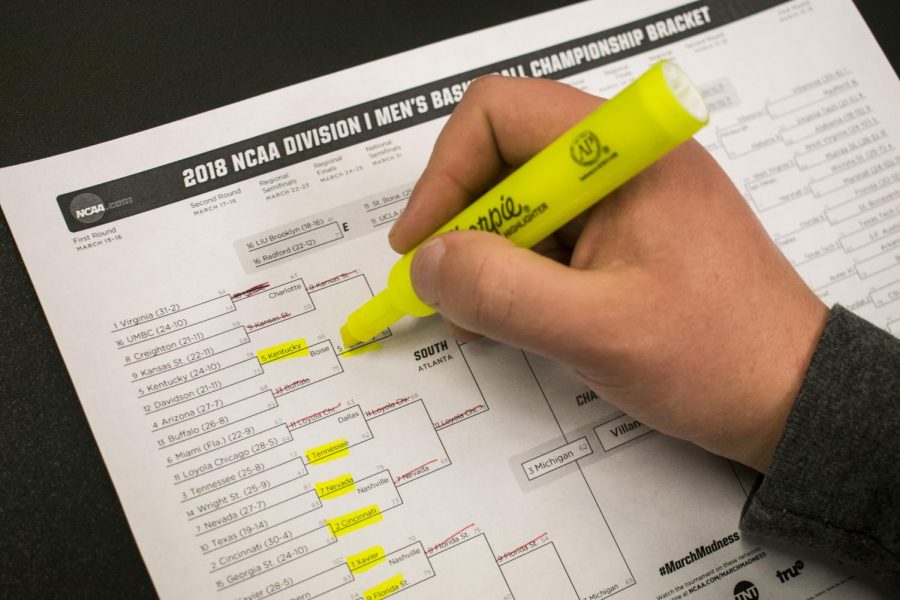 Many people's brackets were busted during a distress-filled March Madness tournament.

This March was truly madness, until the final game in April, that is. On Monday, April 2, Villanova University toppled the University of Michigan 79-62 in a dominant and anti-climactic fashion to claim their second national title in three years.

The Villanova Wildcats were led all year and through the early rounds of the tournament by Associated Press Player of the Year and third-year guard Jalen Brunson out of Stevenson High School in Lincolnshire, Illinois. However, once the Final Four rolled around, the best player on the court was the sixth man, Donte DiVincenzo. DiVincenzo came off the bench to score 31 points in the national championship game after dropping 15 in the national semifinal match against the University of Kansas.

This March Madness featured plenty of Cinderella teams, as a No. 16 seed defeated a No. 1 seed in the first round of play for the first time in the history of the NCAA tournament. University of Virginia was the overall No. 1 seed, but they were no match for the hot-shooting University of Maryland Baltimore-County Retrievers. The Retrievers became a national sensation for a few days before they were upended by Kansas State University a few days later in the round of 32.

While a number 16 seed winning a tournament game would be the story of the tournament in most years, a small school in Illinois had plans of their own. Loyola University Chicago, a 16,000 student Jesuit school not known for being a basketball powerhouse, shocked the nation time and time again and made it all the way to the Final Four. This was farther than some blue-blood programs such as Duke University, University of North Carolina and University of Kentucky.

There were some rough injuries that took place during the tournament, which were tough to watch. Fourth-year Purdue University center Isaac Haas was injured and broke his arm in the first game of the tournament. Haas tried to come back later in the tournament, and some Purdue mechanical engineers even tried to make him a special cast so he could play with a broken arm. However, the Boilermakers fell in the Sweet 16 before Haas could make it back onto the court.

The most exciting games from this year’s tournament came from the women’s NCAA tournament. Even though the women’s Final Four consisted of the four No. 1 seeds, these games did not disappoint. Both national semifinal games went into overtime, where the University of Notre Dame was able to beat perennial favorite University of Connecticut as third-year guard Arike Ogunbowale hit a game-winning step back jump shot with one second left in overtime. But that wasn’t enough for Ogunbowale, as she made a fadeaway corner three with 0.1 seconds left in the national title game against Mississippi State University. The shot was one of the most improbable game-winning shots in college basketball history.

After all the great memories this March has provided, college basketball fans around the country are counting down the days for next year’s bracket to be released.