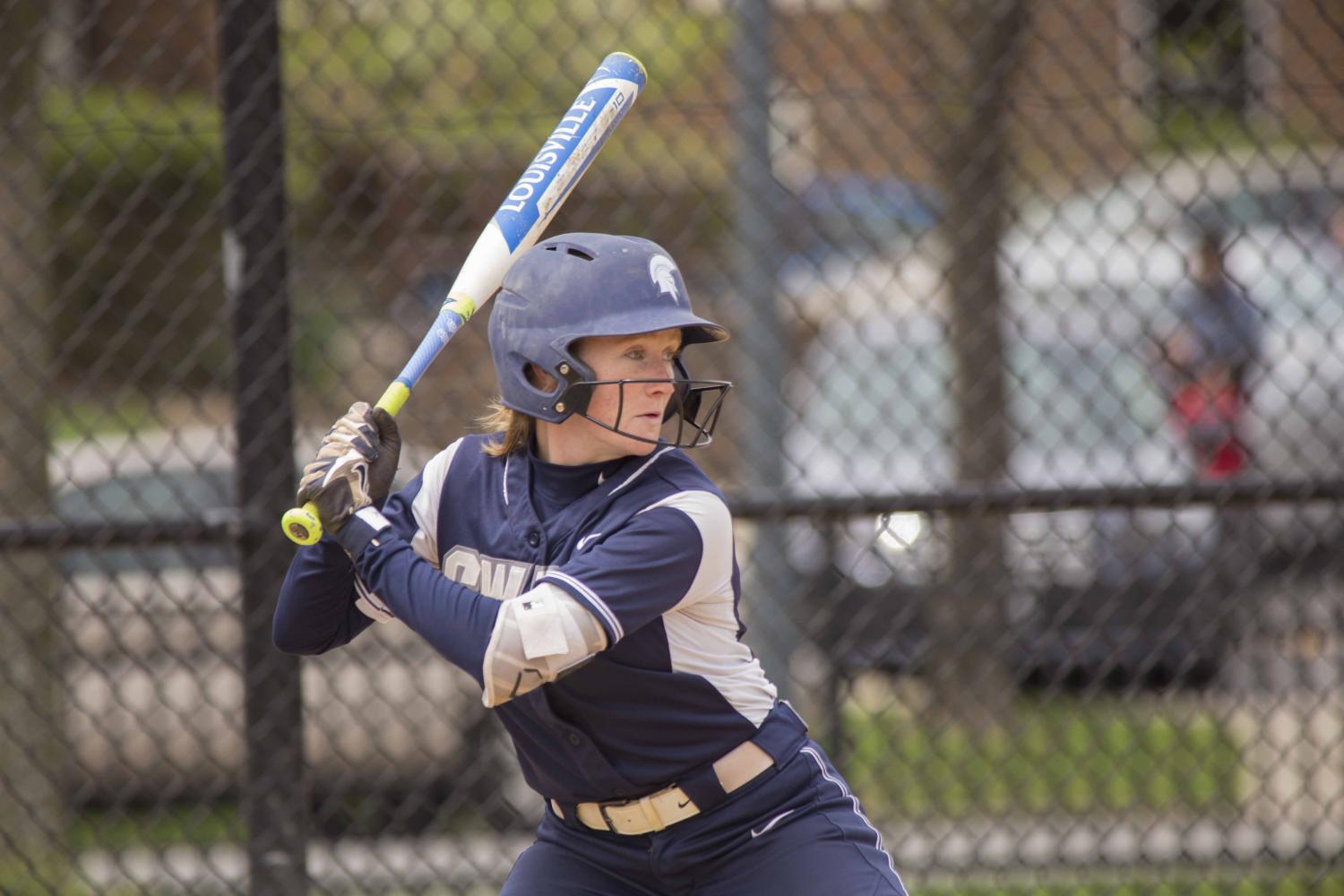 The Spartans offense sputtered against the University of Chicago, scoring a total of nine runs in the four games.

The University of Chicago swept Case Western Reserve University in a four game series, winning three close games and one blowout. The losses increased the Spartans losing streak to five games. However, the team ended the skid with two blowout victories against John Carroll University (JCU), improving their record to 19-16.

For the Spartans, poor defense was their undoing. The team had the same number of errors (nine) in the four game series as runs scored. In addition, one third (eight out of 24) of Chicago’s runs were unearned.

“A team like Chicago is just going to be a little bit faster, hit the ball a little bit harder and we weren’t able to be consistent,” said Head Coach Josie Henry. “You gotta be super consistent.”

She added the team needs to be “more mentally sound and confident” in the season’s final four games.

During the two games on April 23, the Spartans mounted comebacks that fell up short.

After scoring the first run of the first game in the third inning on a home run from third-year second baseman Maren Waldner, CWRU gave up five runs over the next three innings. Down four heading into the seventh, the Spartans rallied, loading the bases with their first three batters. Second-year shortstop Nicole Doyle grounded out to score the first run and Waldner hit a sacrifice fly to bring the Spartans within two. Third-year first baseman Grace Tritchler represented the tying run at the plate, but first-year pitcher Megan Stoppelman got her to ground out to end the game.

In the afternoon game, the Spartans scored four runs in the third inning to take a 4-3 lead. With the bases loaded, first year designated player Nicole Carty hit a double to left and all three runners scored. She advanced to third on the throw home and scored on a wild pitch.

The Maroons tied the game the following inning and scored two more in the top of the sixth to retake the advantage. Tritchler came through with the Spartans’ backs against the wall, delivering a run-scoring double in the seventh. She was replaced with a pinch-runner who advanced to third on a flyout, but did not score, ending the game for the hosts.

Henry has been confident in the team’s ability to dig themselves out of early deficits.

“I just think that,” she said. “The energy inside the dugout is just as important as the momentum on the field. Our dugout [is] pretty lively and they’re into the game… You’re not just gonna be down on yourself because you’re down by however much, it’s like, we’re still gonna make a run at this.”

The first day of competition featured a pitchers’ duel and a blowout, with the Spartans on the losing end of both.

Third-year pitcher Katie Dzierwa tossed seven innings and allowed just one run on 10 hits in the close late game. Unfortunately, that one run, scored in the first inning, was all the Maroons would need for the whole game. Stoppelman held the Spartans to just five hits over the seven innings with just three runners reaching second base. CWRU had a chance to win the game in the final inning, putting two runners on base with two outs, but Stoppelman worked out of the jam.

Henry had nothing but praise for Dzierwa.

“She was doing a lot of things well. She was hitting her spots, moving the ball well [and] fielding her position,” she said. “All of it, for her, came together. It was just unfortunate that we didn’t [score].”

Chicago blew out the Spartans in the first game of the series, winning 12-1 in just five innings of play. The Spartans managed just one hit against third-year starting pitcher Molly Moran, a double by Tritchler in the second inning. She was driven in by first-year outfielder Callie Wang on a sacrifice fly.

CWRU got back on track on Wednesday, April 26, winning two games at JCU in dominating fashion. They won the first game 8-0 and the second 11-1 with both games lasting just five innings. The team seemed to vent all of their frustrations from the weekend, pounding the ball across the field. They were also clean in the field, committing just one error in the ten innings.

Doyle led the way at the plate, going 4 for 5 with a home run and five RBIs over the two games, including four in the second game.

Wennerberg’s importance to the team was more than just on the mound.

“Annie’s unique in the fact that she hits, she plays outfield for us,” said Henry. “While what she’s done on the mound has been the most taxing on her both mentally and physically, not only is she doing that, she’s also baserunning and she’s also hitting and she’s also playing outfield. What she provides to our team can’t really be bottled in one player, typically.”

The team finishes the season with a doubleheader against DePauw University on Sunday, April 30 at Mather Park. Henry is excited to face the Tigers, who she called “a great team.”
Though they only have a .500 record, DePauw has played the 34th hardest schedule in the country.