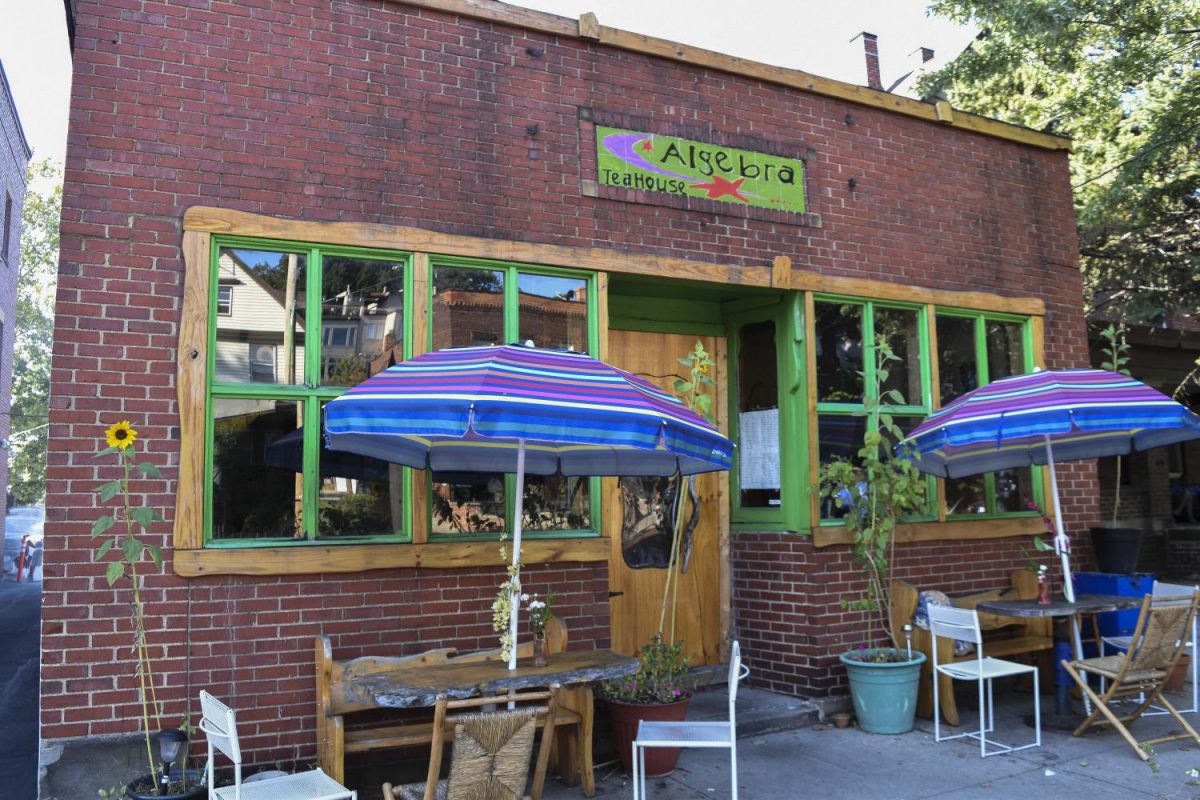 Algebra Tea House is one of the treasures near CWRU's campus

Now that Case Western Reserve University is in its fifth week and more and more of the student population’s time must be dedicated to classes, work and studying, it’s easy to feel a little bogged down. As summer finally begins changing to autumn, there are many opportunities on this campus to stop and smell the roses. Whether it be a different path to class or a nice outdoor space to have a picnic and do some studying, this campus has lots of hidden and not-so-well-known gems.

If you’re walking down the quad, you should befriend Doc Oc. A commemorative statue of a beloved chemistry professor, the Doc Oc statue sits on a bench near Eldred Theatre and the back side of Agnar Pytte Science Center.  The statue is put there to welcome students to the quad in honor of Dr. Ignacio Ocasio’s involvement in welcoming students to CWRU. The statue depicts Doc Oc’s smiling face. Doc leaves the seat next to him open and is a great study partner on a sunny day.

I also encourage you to walk past Morley Chemistry Lab situated near the Eldred Theatre and Rockefeller Building. If the lab sounds unfamiliar, that’s because it’s abandoned. Opened in 1910, it’s been empty for a few years now and the building is covered in ivy and leaves which, as fall approaches, are turning into a beautiful array of reds and golds.

And, as most of us walk back and forth from the Science & Engineering Quad to Mather Quad throughout the day, I suggest taking the path that goes around Thwing Center and past Snow Fence, the large outdoor sculpture between Thwing and The Church of The Covenant with the silhouette of the girl, the umbrella and the dog. It’s an alternate route that features lots of pretty green space, as well as a great place to take a break or hang with friends as it’s spotted with benches and centrally located.

If the outdoors aren’t quite your first choice, or you’re in the mood for some sustenance, the entirety of Little Italy deserves some exploration beyond walking into Presti’s Bakery, despite how amazing their food is. Little Italy’s array of delicious foods and quaint stores, as well as the overall warm and inviting atmosphere it projects at all times of the day, warrant at least a few exploratory trips down its streets. Check out its picturesque playground that features just enough swings and slides to make you feel like a kid again.

Just past that on Murray Hill Road is Algebra Tea House, a quaint tea shop with Middle Eastern food and a warm and inviting vibe. Although a little off the radar and out of the way, Algebra Tea House should be on everyone’s personal bucket list.

We’re very lucky to have an urban campus with so much green space, so I urge you to take advantage of those spaces and inhabit them as much as possible. Perhaps you’ll discover a few hidden gems of your own.

Paulina Martz is a second-year student and a theatre and psychology double major. Martz is prone to procrastinating the long walk back to her dorm by spending too much time wandering around campus.