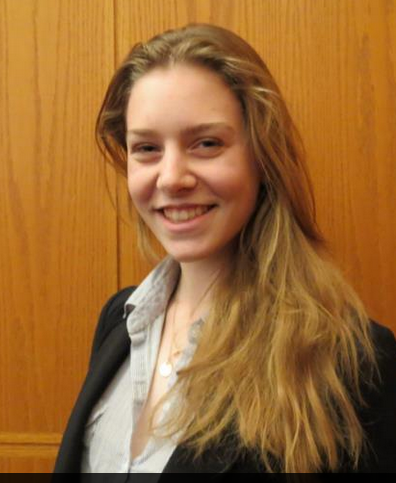 What is your biggest goal for USG in the 2014-2015 Academic Year?
I would love to pass some of our larger initiatives that are in the works right now and may not be finished by next year, as well as improve student access to information as to the future plans both in terms of housing and academics.

Other campus positions outside of USG:
-Photography for School Newspaper “The Observer”
-Filming and Directing for “Ignite Television” at Case Western Reserve University
-Member of Society for Women Engineers (SWE)

Prior USG experience / initiatives undertaken
Worked on bike and pedestrian safety involving a number of smaller initiatives including changes in signage, changing bike paths, communicating with other organizations to coordinate change and planning to educate the student body on safety. FSCUE Student Life Committee member: worked on a number of resolutions for FSCUE, advocating for students through the vantage point of faculty and staff as well as students as to what is going on at the university.

What is the biggest issue you see your position having to face? How do you specifically plan on tackling it?
I want our committee to be effective. I would approach this from a number of different angles, first and foremost would be to empower student life committee members to not only handle initiatives and meet deadlines, but also have the freedom to bring their own ideas to the table and enact meaningful change to benefit the campus as a whole. The other is to assert the authority that we have as students to really become a strong voice for not only positive change in the form of initiatives, but also to vocalize student concerns.

Many students gripe about how some services aren’t particularly reliable (Greenies are late, Grab-It ruins food, etc). What is your plan for making such services more reliable?
Fundamentally student “gripes” are legitimate concerns that should be taken up by the school and changed. As student life VP I am in the unique position to advocate for student concerns. Bottom line is that I want the administration to respect our concerns more both as a committee, and also as a platform for students to be heard. The problems you list pose a safety concern to students. There should be no reason to put these issues on the back burner and not address them. These are concerns that I want to work closely with administration as well as the police department and Bon Appetit and stress the concerns about safety and student welfare. Resolutions are in the works and I would push to have them completed as quickly and efficiently as possible.

Public universities in Ohio were asked to go totally smoke-free. Even though CWRU is private institution, would you support such a ban? How do you believe the issue should be addressed?
According to preliminary data it looks like most of campus wants to go smoke free. I have talked to many people in my constituency about it and they seem to agree that they would like a smoke free campus. I think that as an urban school it would be difficult to put such a policy in place and have it be effective but that there are certainly many reasons to go smoke free. If it could be done well then I would definitely support such a policy. My main concern is not what looks good on paper but what will ultimately effect the entire student body, as well as faculty and staff in their daily lives. Students want to live healthy lives, unencumbered by unpleasant and hazardous second hand smoke, so a policy that accomplishes this is a policy I would support.