Matt and Kim bring “Grand” back to Cleveland: a conversation with Matt Johnson 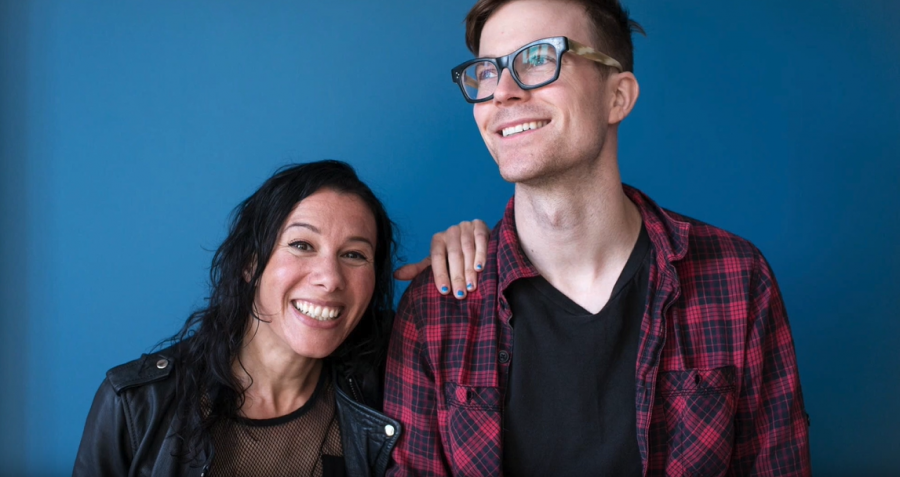 In 2009, the Brooklyn-based indie-dance duo Matt and Kim exploded into the musical mainstream with their album “Grand.” The album is the band’s second record, and while they had previously experienced underground success based on the intensity of their live shows, the album’s performance—it spent five weeks on the Billboard 200 charts and saw its lead single, “Daylight,” make it to the Hot 100 list—came as a bit of a surprise.

“We did not see what happened with ‘Grand’ coming,” said Matt Johnson, singer and keyboarder for the group, speaking to The Observer by phone. “[‘Grand’] was the one that changed it for us.”

The album is now enjoying its tenth anniversary, and the band is hitting the road for a celebratory tour, which kicks off in Cleveland at the Agora Theater on Oct. 17. The tour comes at a tricky point for the group: drummer Kim Schifino tore her ACL in 2017, which took the band off the road for the first time in their entire career, and before the band could even return to touring, she suffered the same injury to her other knee.

The ACL tears have been rough for both members of the group. Shifino’s surgery and recovery path was long, painful and will now require the entire process to happen again for her other leg—after she plays an entire tour through the injury.

For Johnson, the stress was more psychological. “[The break] was like seeing into the future when we no longer get to do this band anymore.” Johnson paused, “I’m gonna tell you I didn’t like it one bit.”

Even with the injury, the band expects to bring an electric stage show. “People who only know a couple of the songs might not think about the punk rock energy we bring to the stage,” Johnson explained. “But that’s always been our thing. We always have an audience that kind of dances around.”

The band first experienced the phenomenon of playing for an audience that knew their songs, but not necessarily their stage show, playing festivals after the album came out. Their first major festival concert was before “Grand,” opening a side stage at Lollapalooza at 11 a.m. in 2007.

“That was the earliest I’d ever drank in my life, because I was so nervous,” Johnson said. That show went well—a crowd was there despite the early set time and the festival promoters enjoyed it enough that they were asked to play again later that night when another band got caught up at the border with visa issues.

The next time the band would appear at Lolla was a different story. “Fast forward to us playing Lollapalooza again in 2010. I always think back to this video that Rolling Stone put out of us playing on the main lawn with people as far as I could see, dancing and jumping around. That was certainly a moment for us.”

The band has since gone on to play even bigger shows, touring alongside acts across the spectrum, from the punk bands Against Me! to Blink-182 to Girl Talk (the stage name for Gregg Gillis), a Pittsburgh-based DC and experimental electronic musician that Matt Johnson specifically mentioned as making an excellent partner act for a show.

The duo is psyched to be starting the tour in Cleveland as well. “Cleveland went off the last show we played there!” Johnson exclaimed when the tour date details were mentioned.  “There are certain cities that really love to get loose, and that’s what we want.”

Matt & Kim will appear at the Agora Theater on Oct. 17.