Megxit, the history and rationale for the Royal Family’s decision 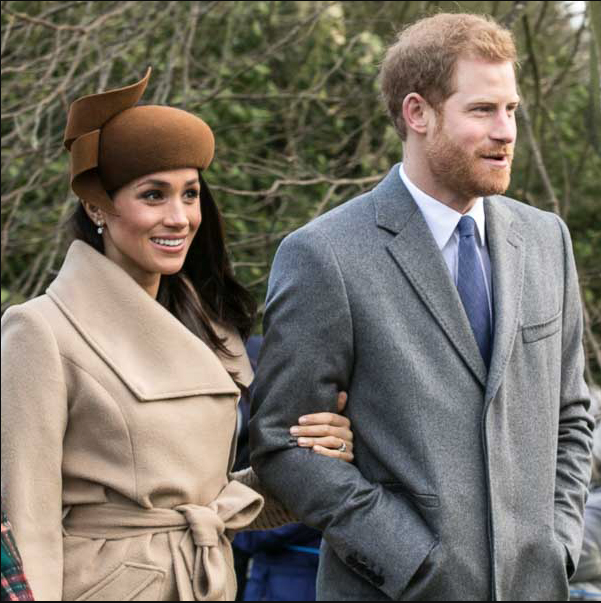 Meghan Markle and Prince Harry decided to step away from the British Royal Family. To achieve independence the duo will repay the government around $3 million in taxpayer funds used to renovate their home.

Prince Harry and Meghan Markle’s decision to step back from the British Royal Family, dubbed “Megxit” by the media, shocked the British people. On Jan. 8, the Duke and Duchess of Sussex posted on Instagram that they would “step back as ‘senior’ members of the Royal Family.”

However, the story of Megxit did not begin there. It began when Prince Harry was a young boy, watching the British paparazzi constantly hunt his mother, Diana, Princess of Wales. That hunting came to a head on Aug. 31, 1997, when Diana died in a car crash after being pursued by the paparazzi. Since then, Prince Harry has had a strained relationship with the press, who he accused of doing nothing to help his mother, who was still holding onto life after the crash. Instead, the prince claims, they took pictures of the accident. Many other people have supported and agreed with Harry’s claim.

Harry was 12 years old when his mother died. Nine days before his 13th birthday, he had to walk behind his mother’s casket while upholding stoic royal protocol. Over 20 years later, the prince seeks to protect his wife from the fate his mother suffered. In the short time the two have been married, the press has built up a record of treating Meghan unfairly, harshly and, according to many, in a racist manner.

“My deepest fear is history repeating itself,” said Prince Harry in a statement released on Oct. 1, 2019. “I’ve seen what happens when someone I love is commoditised to the point that they are no longer treated or seen as a real person. I lost my mother and now I watch my wife falling victim to the same powerful forces.”

The royal couple’s recent decision was an effort to avoid the repetition of that history. The Prince told the British people that “there was no other option.”

The Prince’s close friend J.J. Chalmers, who met Harry during their time in the military, supports the decision, saying that Harry, first and foremost, wants to protect his family.

In the aftermath of emergency talks with The Queen, we have an official plan for the royal couple moving forward. As Harry and Meghan planned, they will become financially independent from the Crown. As a result of this independence, they will repay the government the £2.4 million (about $3 million) in taxpayer funds used to renovate their Frogmore Cottage home. They will also cease to represent The Queen, even though they had originally wished to continue “to honour [their] duty to The Queen.” As they will no longer represent The Queen or the Crown, the couple will also stop using their titles of “His and Her Royal Highness.” However, Harry will remain sixth in line for the throne. Most importantly, though, The Queen announced, in a rare first-person message, that she supports Harry and Meghan in their decision.

Though the couple have received backlash from the press, it appears they intend to carry forward with their plan.

Prince Harry did not choose the royal life. He was born into it. His life has been dictated by royal protocol. His mother was taken from him when he was a boy. The press have been relentless and cruel towards his wife. Finally, the Prince is making a choice.

The British monarchy is one of the oldest institutions of the modern world. It has survived revolutions and countless wars. Surely, it will survive this.