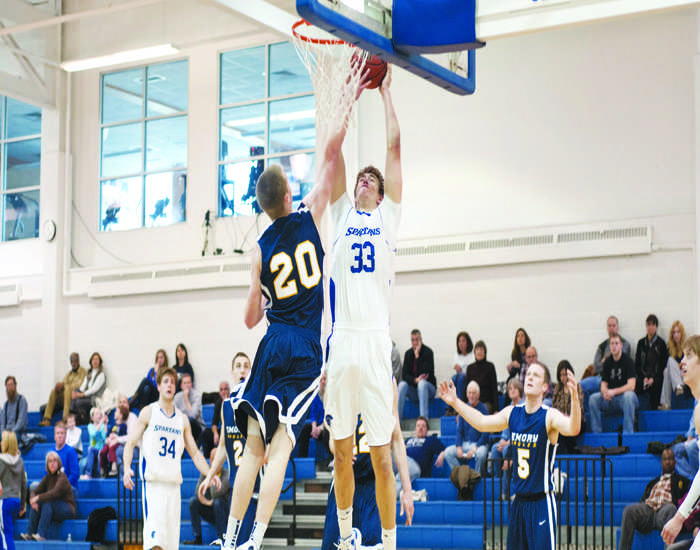 The Case Western Reserve University men’s basketball team concluded the 2011-12 season this past Saturday, Feb. 25 at Carnegie Mellon University. The Spartans had a 10-point lead at the half, but were unable to hold on during the final few minutes of regulation. With seconds remaining, CMU ran away with the 72-69 victory.

Collectively, Case shot better from the field and from the free-throw line than CMU. However, the Tartans sunk 10 of 19 three-point shots, and Case senior Tom Summers fouled out of the game with about 16 minutes remaining. These factors helped CMU secure the win. The Tartans finished the season 4-10 in the UAA and 9-16 overall.

Case (10-15, 2-12) had a chance to tie for seventh with a win over the Tartans, but the loss put them at eighth in the UAA. This is an overall record improvement from last year’s 9-16, although they did better in the conference last season with a 5-9 record and a sixth-place finish. The Spartans had a young team this year, with a roster of nine freshmen and five returning players. The future squad will have an easier time building for the fall with 13 returning players.

Despite the disappointing conference finish, the Spartans have much to be proud of. Tom Summers reached the 1000-point milestone and finishes his career with a total of 1021 points. Many individuals led the conference in various categories. Fowler was 7th in the league in scoring and Summers was 14th. In rebounds, Fowler was first, Summers was second, and sophomore David Thompson was seventh. Freshman Jordan Dean was sixth in assists, and Thompson and Person were fourth and sixth in blocked shots. With a number of league-leading players on the roster, the Spartans are sure to make an impact in the conference next season.

Now that the season has officially come to a close, the Spartans will continue to work hard in the gym to prepare for a better 2012-13 season. They have a little over seven months until it starts all over again.