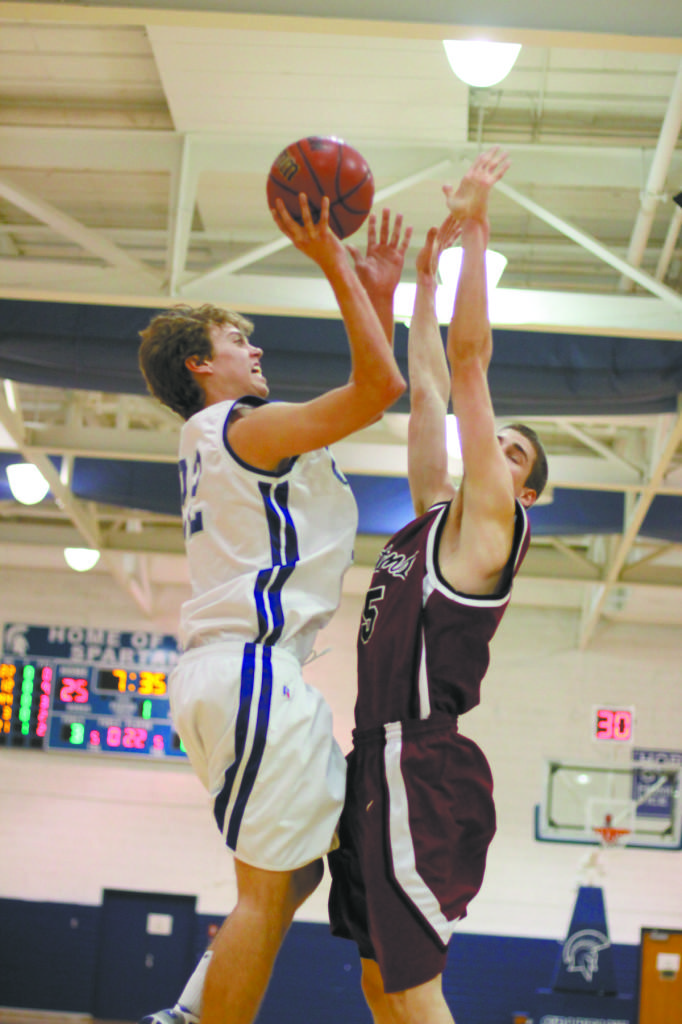 The men’s varsity basketball team anticipates the best season of that Case Western Reserve University may have ever seen. The Spartans are already (1-0), winning their season opener on Monday, Nov. 15th at Horsburgh Gymnasium. Case Western Reserve entered the game holding the No. 2 spot in the University Athletic Association conference preseason poll.

This year’s team has been recording firsts left and right: the Spartans’ 2nd place spot is the highest preseason ranking in program history, and this team is on the rise. Last season, the Spartans recorded their first winning season (14-11) in over a decade, and fortunately are returning four starters and seven of their eight top scorers.

Three All-UAA players are expected to dominate the floor this season. Senior Reid Anderson is expected to lead the squad following last season’s 15.1 point-per-game average, the third highest in the conference. Second-team All-UAA, junior Tom Summers will control the boards as power forward returning from last season second in the UAA in rebounding (10.2 rebounds-per-game) and fifth in scoring (14.2 ppg). Also, All UAA Honorable Mention and Third-team ESPN Academic All American senior Eric Duerr will patrol the paint. Standing at 6 feet 8 inches, Duerr lead the UAA last season with 44 blocked shots.

The Spartans also have a large number of players returning that have seen significant playing time. Seniors Alex Hildebrandt and Colin Mulholland and sophomores Robert Scott and Evan Tsudis return to the court after playing in all 25 games last season. Senior Ryan Boken returns to the court after a knee injury kept him out for the 2009-2010 season.

The Spartans took on the Baldwin-Wallace Yellow Jackets last Monday and dominated, winning 85-64. Sophomore transfer Austin Fowler led the Spartans with a game- and career-high 21 points in his debut as a Spartan. Anderson added 10 points and 4 assists, and two players off the Spartan bench, freshman Tim Chung and sophomore Evan Tsudis added 13 and 12, respectively. Duerr dominated the boards and pulled down 7 big offensive rebounds, totaling 11.

After ten minutes the score was tied 11-11. Baldwin-Wallace would take their first lead of the game shortly afterwards on a Scott Voiers layup.

The Spartans then ignited, taking off on a 20-8 scoring run, from which Baldwin-Wallace would never recover. The closest the Yellow Jackets would come back would be by 9 points, but a pair of free throws by Fowler brought the lead back to double digits. The Spartans increased their lead with a 12-4 scoring run, clinched by a dunk by Anderson with less than ten minutes on the clock. The Spartan lead would grow as high as 25 points on four occasions, and the game ended with a final score 85-64.

Coach Sean McDonnell seemed to favor a younger lineup, as three returning upperclassmen, including 25-game starter Hildebrandt, saw only a few minutes on the court against Baldwin-Wallace. Freshman Mike Byrne took the starting point guard spot in his Case Western Reserve debut, and sophomores Robert Scott and Evan Tsudis got over 25 minutes of court time after coming off the bench.

The Spartans have a challenging schedule that will hopefully prepare them for the challenging UAA season to come. The UAA is an extremely tough conference, with basketball powerhouses Washington University, University of Chicago, and New York University, all who received votes for the preseason d3hoops.com Top 25. CWRU follows closely behind and received one vote for the Top 25 ranking.

The Spartans return to the court this weekend as host of the Stephanie Tubbs-Jones Memorial Tournament on Nov. 19-20, where they will take on Washington and Jefferson College at 8pm Friday night.