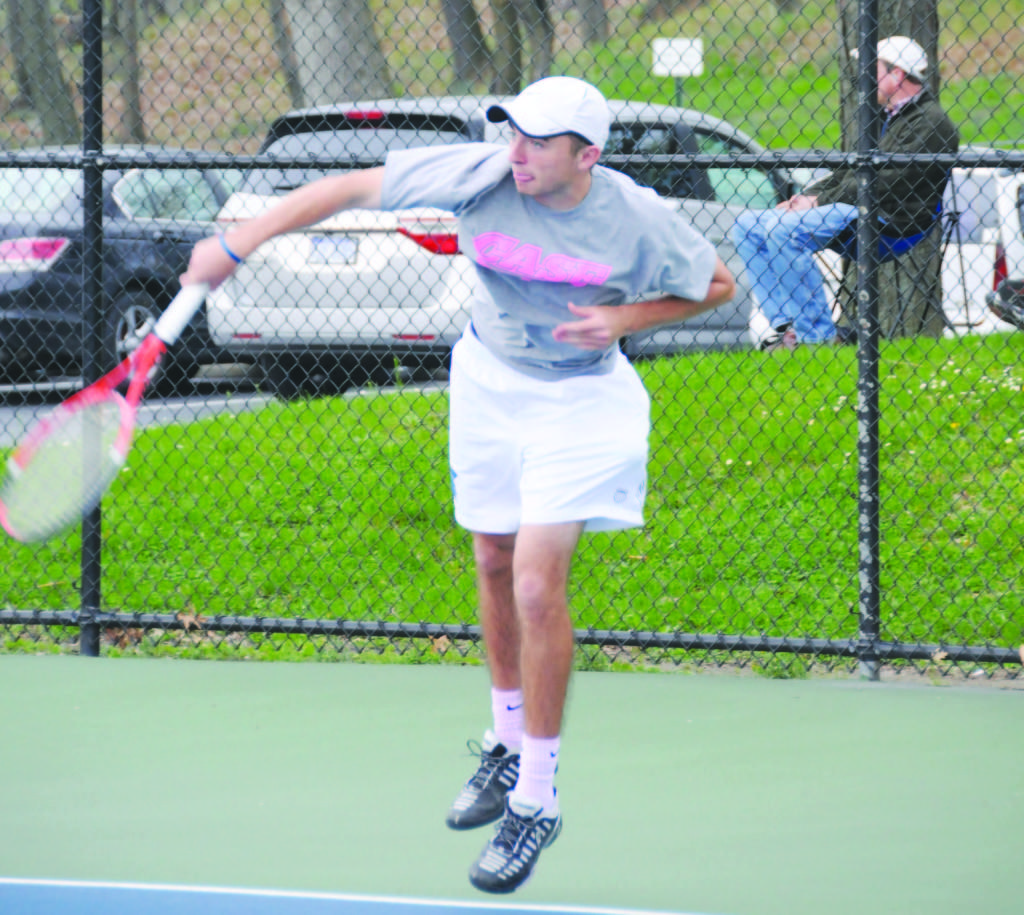 The Case Western Reserve University men’s tennis team put their national ranking to the test last weekend, when they traveled to Chicago to take on a pair of UAA rivals. The Spartans faced the No. 30 ranked Maroons of the University of Chicago and the No. 17 ranked Bears of Washington University leading up to the UAA Championships, which will be held in a few weeks. The Spartans split the competition, defeating Chicago with 7-2 and falling to Washington 6-3.

The Maroons and the Bears are not just conference rivals; they also hold coveted Central regional rankings. The Bears are currently ranked No. 2, just ahead of the No. 3 Spartans, and the Maroons follow closely behind at No. 6. Local rival Kenyon College is the top-ranked team in the region.

The Spartans started the day off against Washington. Case came out of the gates with three strong doubles wins. The No. 2 ranked duo of sophomore John Healy and junior Kyle Gerber dominated the competition, winning the first doubles match 8-4. The Spartans continued to roll with another close 9-8 (11-9) win in the second doubles by senior Sean Carr and junior Richard Brunsting. They finished up with senior Rohan Patel and sophomore Eric Klawitter, who defeated Washington’s Max Franklin and Jeffery Hirsh 8-4.

Spartan freshman Will Drougas took his No. 6 singles ranking into the highly anticipated first singles match, against the region’s best player, Adam Putterman. Putterman didn’t hold back; he defeated Drougas 6-3, 6-1. The Bears were on a roll from there, defeating the Spartans in all singles matches.

The competition continued as Case took on the home team Chicago in the second match of the day. The Spartans’ success in doubles carried over; they again swept the doubles competition with convincing scores. In a battle of the ranked, Gerber and Healy easily put away the No. 5 team of Troy Brinker and Jan Stefanski by a score of 8-5.

The Spartan singles managed to turn it around this time; they won the first three matches, including an upset in the second singles. Carr defeated Stefanski in tightly contested match of 4-6, 6-3, 6-3. The fifth singles was another close match: Klawitter took the Maroon’s Deepak Sabada to the third set, eventually falling by a score of 6-2, 1-6, 6-2. In the end, the Spartans came away with the win 7-2.

The season closes at the end of the semester with the UAA Championships. Last year the Spartans finished in fifth place. With a national ranking and the familiar competition this past weekend, the Spartans will be entering with high hopes. The team gets one more tune-up on Saturday, April 21 at Walsh University, where they will take on Walsh and Wittenberg University to finish up regular season play. Wittenberg comes in with a 15-6 record; it has faced some tough competition this season and is holding its own in the middle of the NCAC conference. Walsh University is currently a NAIA school, but is transitioning to a DII school, and has posted an impressive winning record so far this season. CWRU will take on Wittenberg in the morning and Walsh in the afternoon.