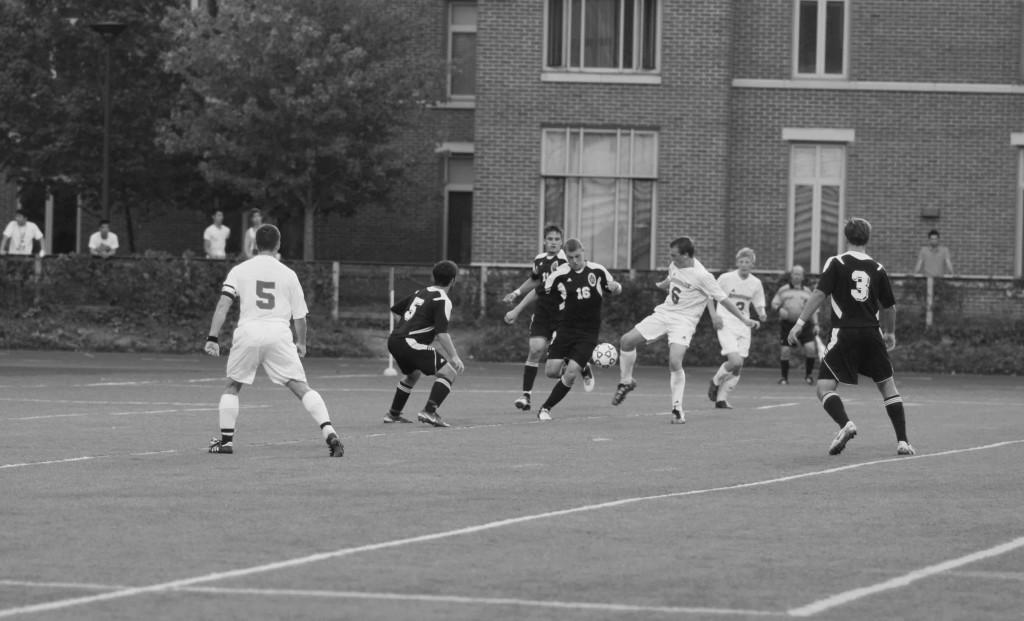 Coming off a 3-0 victory over Washington & Jefferson College on Friday, Aug. 31, the Case Western Reserve University Spartans were riding high as they headed into Don Shula Stadium to take on local rival John Carroll University on Sunday, Sept. 2. After a tough and hard-fought battle, the Spartans came up short 1-0 against the Blue Streaks. With the loss, the men’s soccer team fell to 1-1 on the young season.

The Spartans will move into the second of their three-game road trip on Wednesday, Sept. 5, as they visit Muskingum College. Then, on Saturday, Sept. 8, Case will cap off its trip with a match up against Olivet College.

After defeating JCU 4-0 last season, the Spartans were countered by an aggressive approach from the Blue Streaks from the opening minutes. JCU outshot Case 8-2 before intermission. Despite this, the Spartans were able to keep the Blue Streaks in check for most of the first half. Senior goalie Ryan Koepka duplicated his stellar performance from the week before as he foiled the Blue Streaks’ attempts, including a back-to-back header shot by JCU’s Trent Guy. With the two sides going scoreless for most of the first half and JCU having its share of near misses, the Blue Streaks got on the board when senior Ian Coada headed in a corner kick from freshman Shaq Bridges in the 44th minute.

That goal was all JCU needed as the Spartans’ best shot off the head of freshman forward Chris Cvecko was deflected by a fine save from Blue Streaks goalie Carl Contrascier in the 77th minute. With less than 15 minutes to play, Cvecko took a shot from inside the box that appeared to be headed for the back of the net until Contrascier dove to his left and made a spectacular save to preserve the narrow JCU lead.

The final seconds were tense as the Spartans had a shot saved, but were called for a hand ball inside the box, ending their rally and sealing the contest. In the net, Koepka recorded a pair of saves for the Spartans, while for JCU, Contrascier recorded five.

For the game, the Blue Streaks outshot the Spartans 12-8 and held a 10-6 advantage in corner kicks. Three Spartan seniors, Eric Erb, Ross Twanmoh, and Kostis Theoharides, all had two shots and one shot on goal apiece. Despite being outshot 8-2 in the first half, the Spartans were able to recover and outshot the Blue Streak 6-4 in the second half. For JCU, Guy led the team with four shots while sophomore Brian Potocnik and senior Thor Eriksen both had two shots.