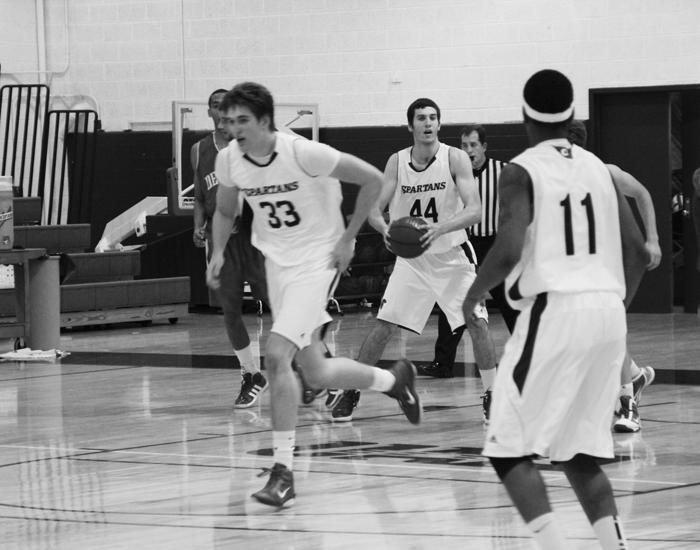 Spartans to honor Summers on Senior Night against Yellowjackets

The Case Western Reserve University men’s basketball team (9-13, 1-10) is looking to snap its three-game losing streak tonight in a rematch against the favored Yellowjackets of the University of Rochester (15-7, 6-5).

The Spartans are currently in a battle with Carnegie Mellon University (7-15, 2-9) at the bottom of the conference standings, while Rochester will look to win a game to propel them out of three-way tie for fourth place in the UAA.

In their last matchup, Case fell to Rochester 86-68. Offensively, the Spartans did exactly what they needed to do. Three of the starters scored in double figures while the other two were only one and three points away. The team’s offensive efforts were led by freshman Julien Person, who made all seven of his field goals (four of which were from beyond the arc). Senior Tom Summers also had an outstanding performance, being just three rebounds shy of a double-double. He scored 13 points and grabbed 7 rebounds for the Spartans. Sophomore David Thompson also greatly contributed by adding 13 points to the Spartans’ 68-point total.

Unfortunately, the Spartans ended up on the wrong side of the scoreboard because of their below-par performance on the defensive end. The Spartans allowed five of the Yellowjackets to score in double figures. With a 53.2 shooting percentage, Rochester released 13 more shots and accumulated nine more assists than Case. This could be attributed to the fact that the Spartans turned the ball over twice as many times as Rochester. The 18-6 turnover difference likely propelled the Yellowjackets to victory. The Spartans need to step it up on defense tonight in order to reel in the win and maintain their above-.500 percentage at home.

Tonight will be an unforgettable night for the lone Spartan senior, Tom Summers. He will likely eclipse the 1000-point mark, as he is just 10 points away and averages 12.2 points per game. It is also Senior Night, when Summers will be recognized for his four fantastic years in a Spartan jersey. After tonight, Summers will have only one game remaining in Horsburgh gymnasium.

Tip-off will take place at 8 p.m. following the women’s rematch against Rochester. The men will play their last home game of the season this Sunday against Emory University. In their last meeting, Emory (18-4, 7-4) ran away with an 11-point victory, but the Spartans hope to turn the tables this time around. Tip-off for that game will take place at noon.