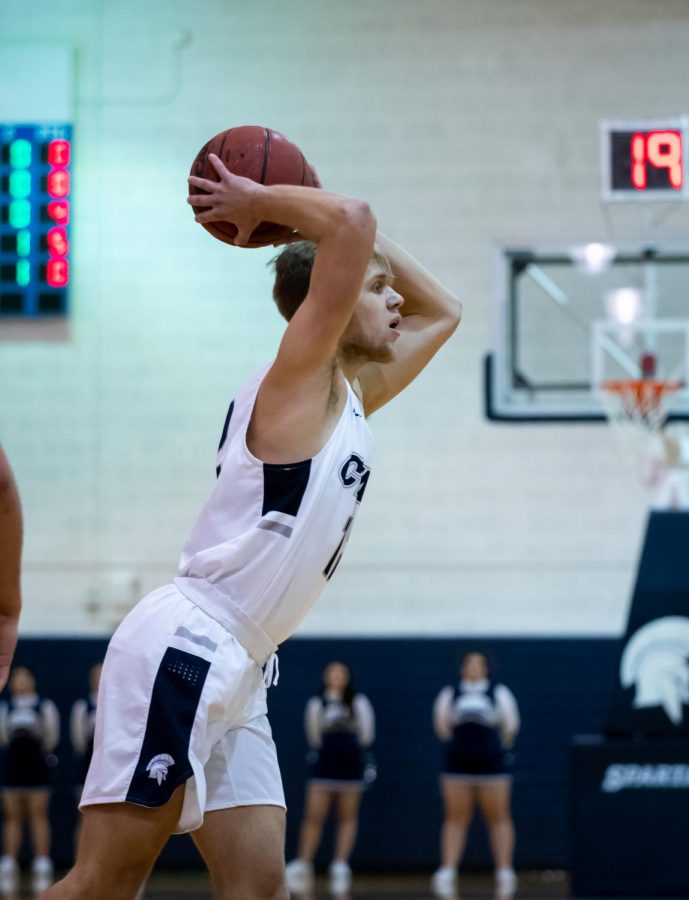 Second-year guard Ignas Masiulionis and first-year forward Ryan Newton paced the team throughout the game against NYU. Masiulionis kept the team close with 11 points in the first half.

CWRU jumped out to an early 10 point lead in the first five minutes after a layup by third-year forward Michael Hollis.

However, NYU recovered, putting together a scoring run that ultimately led to them taking the lead with around four minutes left in the first half. They would take this lead into halftime with a score of 41-32.

The Spartans kept the game within striking distance in the second half. Free throws by second-year guard Michael Volkening brought CWRU within one, with a score of 64-63 and just over four minutes left in the game.

NYU ended up increasing their lead to double digits, and CWRU was unable to make a final push, leading to the loss.

Against Brandeis, the Spartans were able to battle hard in a back-and-forth second half and force overtime.

CWRU trailed by 10 early, but clawed their way back to cut into Brandeis’ lead. With just under four minutes left in the first half, the team put together a quick 6-0 run off of three Brandeis turnovers to bring them back to trailing one behind, 31-30. They went into halftime down 34-30.

A Hollis three point play and a jump shot by Masiulionis gave the Spartans their first lead of the game 35-34, in the first two minutes of the second half.

The teams exchanged leads. With under eight minutes to play, third-year forward Connor Nally hit a three pointer to give CWRU a two point lead. He then hit another three with under seven minutes left to extend the Spartan lead to five points.

Brandeis came back to tie the game at 56 with under three minutes left and later took a one point lead on a free throw. The Spartans were unable to score for a span of two minutes and then turned the ball over with six seconds left in the game. Brandeis hit both free throws to make it a three point lead. With that limited time left, Newton was able to corral a loose ball at center court, take one dribble and launch a deep three pointer that went in. It tied the game at 59 and sent it to overtime.

Brandeis started the overtime period by taking the lead, but it was tied once again by Hollis and Volkening.

The Spartans finished the week with two losses, bringing their overall season record to 9-13 and UAA record to 2-9.

The team will end its season with three conference home games, starting with Emory University on Friday, Feb. 15 at 8 p.m. and the University of Rochester on Sunday, Feb. 17 at noon.

“[Emory and Rochester] are very well coached and have very good players,” Head Coach Todd McGuinness said. “Emory plays at a very fast pace so we need to get back on defense and Rochester is very patient in the half court with a lot of cutting.”