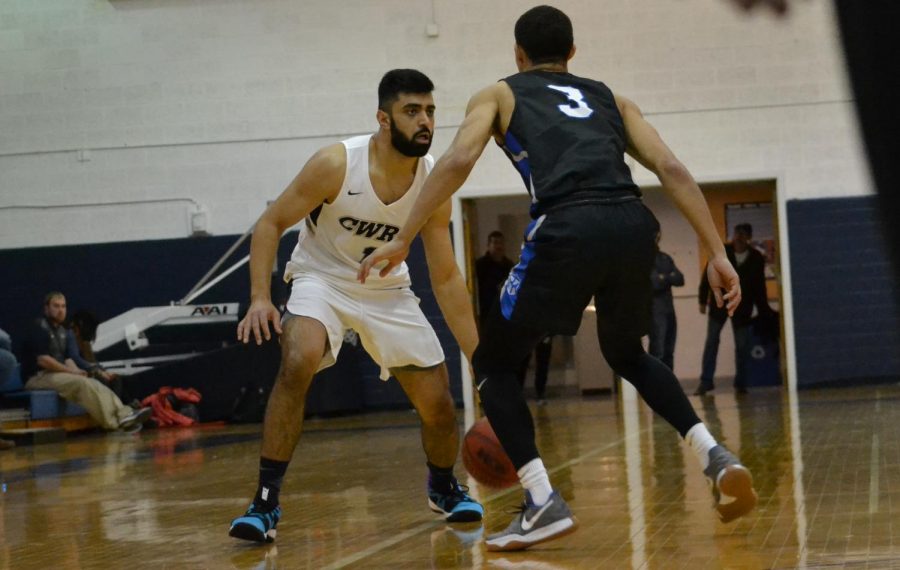 Third-year guard Monty Khela forced overtime with a clutch three pointer with one second remaining in regulation. The Spartans were outscored 15-9 in overtime to end their final game with a loss, finishing the season with a 9-16 overall record.

The team battled hard throughout the game, forcing overtime on a buzzer-beating three pointer by third-year guard Monty Khela. Yet, they were unable to pull out the victory.

CWRU was down early in the first half, but a run by second-year guard Antonio Ionadi with 13 minutes left in the half started the Spartans’ offense. Ionadi hit three straight three pointers, spurring a 14-2 run that was capped off by a three pointer by third-year guard Sam Hansen.

However, CMU had a run of their own, taking a 41-36 lead into halftime.

Khela scored 14 points in the final five minutes of the second half, part of his team-leading 22 points, all of which were scored during the second half and overtime.

Khela hit a jumper with under two minutes left to bring the Spartans’ deficit to one. However, Spartan fouls gave CMU the opportunity to regain those points, and the lead was brought up to four. With 17 seconds left, Ionadi was fouled on a three point attempt. He made all his free throws to trim the Spartans back to a deficit of one, 78-77.

Both teams exchanged free throws with CMU ending up 82-79. With five seconds remaining in the game, CWRU dribbled the ball up the court, and third-year forward Michael Hollis found Khela at the top of the key, who drained a heavily contested three pointer to tie the game at 82 and sent it to overtime.

Despite the hot ending to the second half, the Spartans were unable to carry the momentum to overtime. CMU started the overtime period with a 12-0 run, a margin which proved far too wide for CWRU to be able to overcome. The game ended in a loss for the Spartans.

The Spartans finished the season with an overall record of 9-16 and a UAA record of 2-12.

Now that the team’s season is over, Head Coach Todd McGuinness will direct his focus to the offseason.

“We need to have a big offseason. All the close games we lost need to be fuel to drive us to get better,” he said. “We need guys to add strength and change their bodies to look like other teams in the UAA.”

He also added that building the incoming first-year class is still “ongoing” and that the team needs “a few pieces that can come in and help right away” in terms of athleticism to guard opposing teams.