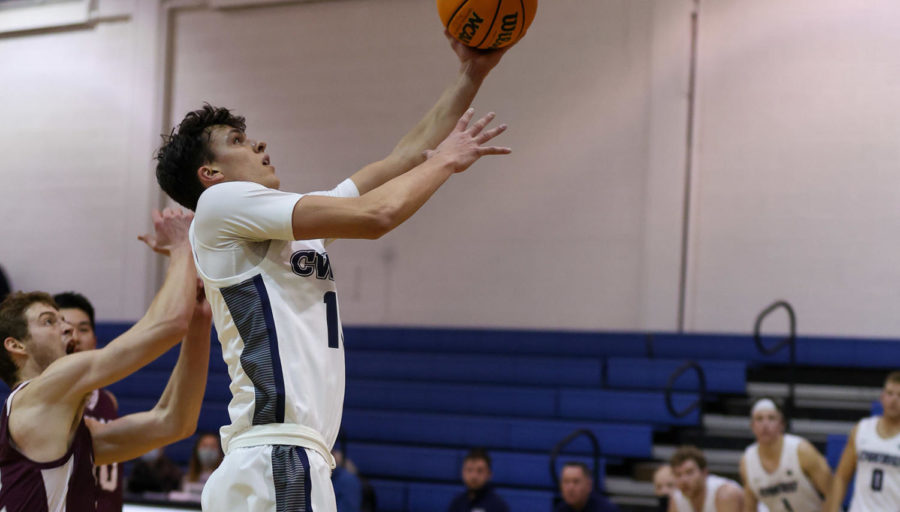 The Case Western Reserve University men’s basketball team entered last weekend ready for a road trip, with games against the University of Chicago Maroons and the Washington University in St. Louis Bears. These two teams were on a quest for vengeance, as they had both fallen victim to the Spartans in Cleveland the weekend before. The Maroons were blown out 84-66 and the Bears lost a nail-biter 75-70, but while the Maroons came up short yet again this past Friday, the Bears snapped the Spartans’ four-game win streak in the Sunday game.

Fresh off a home victory over the Bears, the Spartans made their way to Chicago to hand the Maroons a season sweep with a 93-77 beatdown. While CWRU found success earlier in the season by spreading the scoring efforts around, this win featured a trio of heavy lifters combining for 71 points. Third-year forward Cole Frilling scored 27, graduate guard Mitch Prendergast scored 26 and fourth-year guard Robert Faller scored 18 while the remaining Spartans each finished in the single digits.

The first half was neck and neck, with each team scoring 43 points. While UChicago capitalized off an early turnover to knock down the first bucket of the game, Frilling scored twice to put the Spartans up 4-3. The Maroons answered with a layup, but CWRU quickly went on an 8-0 run to go up 12-5. A Maroon 3-pointer momentarily stopped the bleeding, but Prendergast answered with a 3-pointer of his own. UChicago nailed another 3-point shot before calling a timeout, but the Spartans took advantage of the quick breather and immediately scored 5 points.

The Maroons played a bit of catch-up, but it seemed as though the game was slipping out of their fingers. Every time they closed the gap to within 4 points, the Spartans would come right back to open the gap right back up. Frilling nailed a 3-pointer with less than 6 minutes remaining in the first half to put CWRU up by 10, but the Maroons suddenly went into overdrive and outscored their opponents 16-6 to close out the half with a tie.

Unfortunately for the home team, these scoring spurts were ultimately unsustainable against the dominating Spartans. UChicago opened the half with a layup, but CWRU quickly poured in 7 straight points to go up 50-45. The two teams traded shots for a while, and with just under 10 minutes to go, the Spartans were fiercely clinging onto a 3-point lead. Frilling and Faller swiftly gave their team plenty of breathing room, as both sank 3-point shots and Frilling knocked down a pair of free throws.

Now down 73-62 with just over 8 minutes to play, desperation crept in for the Maroons. They were able to trim their deficit by 6 before Prendergast made a layup and CWRU called a timeout. The Spartans held unwavering command over UChicago to close out the game, outscoring the home team 14-5. Fourth-year forward Ryan Newton made a pair of free throws, Faller scored 4 straight and Prendergast scored 8 straight to seal the 93-77 victory.

CWRU outperformed the Maroons in every category except for bench points, offensive rebounds and turnovers. Most notably, the Spartans dominated in points off turnovers (24-5), points in the paint (44-24) and fastbreak points (17-2). On top of his game-high 27 points, Frilling impressed with 10 rebounds while graduate guard Griffin Kornaker did a bit of everything, recording 8 points, 6 rebounds, 10 assists and a remarkable 6 steals.

The Spartans traveled to St. Louis, looking to extend their win streak in a Sunday rematch with the Bears. Unfortunately, it seemed they had emptied the tank against UChicago, as CWRU was ultimately handed a 76-68 defeat.

WashU quickly got out in front, as a 5-2 lead ballooned into a 14-6 lead. The teams traded free throws, but a powerful Bears dunk plunged the Spartans into an early 10-point hole. In hopes that a quick timeout would give them a chance to gather themselves, the Spartans got back out there to prove they weren’t going down so easily.

At first their efforts seemed to be to no avail, as the Bears answered them shot for shot. However, free throws made by Prendergast were followed by a much-needed 3-pointer from Newton, and the WashU lead was quickly halved. The Bears scored 4 straight, but the Spartans doubled down and tied the game up with a 9-0 run, capped off by a Kornaker 3-point shot.

WashU went up by 3, and again Kornaker nailed a 3-pointer to tie the game 30-30. Second-year guard Luke Thorburn made a 3-pointer of his own, and CWRU suddenly found themselves in front. The Bears managed to close the gap a bit as the half wound down, but the Spartans impressively fought their way out of a bind to lead 37-36 going into the second.

Undoubtedly annoyed about throwing away an early lead, WashU scored 6 unanswered points to take a 5-point lead early in the second half. Newton gave the Spartans some life with a layup, but a WashU 3-pointer began to bury the visitors even deeper. A few baskets later, Prendergast made a jump shot and Newton drilled a 3-pointer to put CWRU within 1. Unfortunately, the Bears had an answer and then some for each Spartan bucket. After they worked their lead back up to 6, Newton continued to be a thorn in their side from 3-point range.

The game ebbed and flowed, with the Bears’ lead hovering around 6-7 points through most of the second half. However, as yet another WashU brought their lead back up to 10 with 6:35 remaining, the Spartans continued to search for an answer. After nearly a minute and a half without scoring, Frilling made a layup. Time was not on the Spartans’ side, and after nearly another two minutes of no scoring, the Bears nullified Frilling’s layup with a pair of free throws.

Less than 3 minutes were left, and the Spartans finally found some momentum. Kornaker drained two free throws, Newton made a layup and Prendergast hit a clutch 3-point shot to put CWRU within three. Unfortunately, they had to resort to the foul game to prevent the Bears from running out the clock, gifting the home team plenty of free throws en route to the win. The Bears’ victory saw CWRU fall to 16-3 on the season while WashU improved to 15-3.

Newton shouldered the load with a team-high 15 points off the bench on 6-of-11 shooting. Prendergast scored 13 while Kornaker and graduate forward Brian Hines each scored 10, but these combined efforts were simply not enough to outlast WashU. The Bears’ found their key to success mainly through scoring efficiency, as they made just 1 more field goal on 10 fewer attempts and 1 less 3-pointer on 13 fewer attempts.