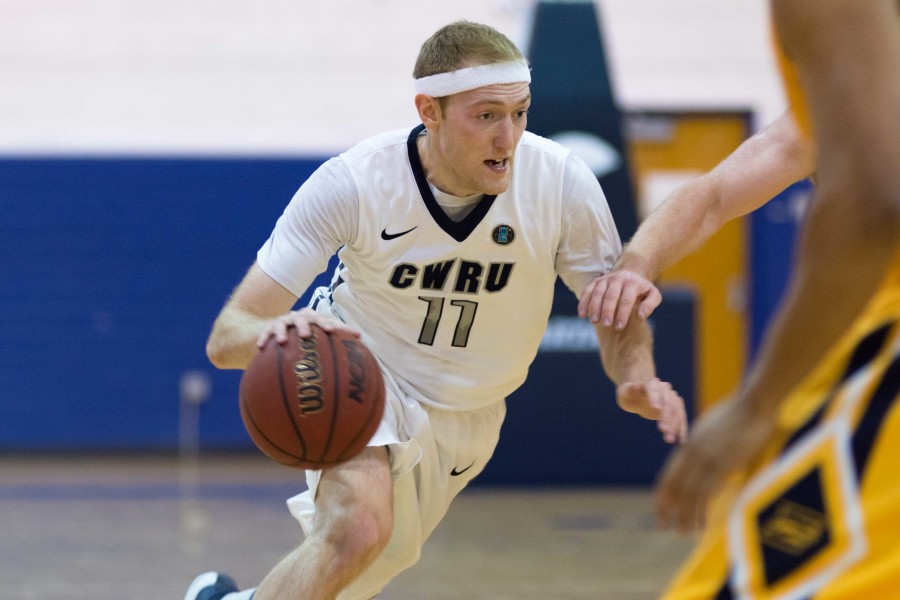 The Spartans’ men’s basketball team split the last weekend of home play, losing to the University of Rochester and defeating Emory University.

The Spartans are now 11-13 on the season as they play their last game. The team is currently 4-8 in the University Athletic Association (UAA). Fourth-year student Matt Clark played two inspiring games, setting career highs in his final home games for the team. “Matt really carried us the whole weekend, he had back to back career highs and made every play when we needed it most,” said fourth year player Jimmy Holman.

In the first game against Rochester, the Spartans were unable to top the Yellowjackets high powered offense. Clark led the three-point onslaught that concluded with the Spartans making an incredible 17 three-point attempts. Besides Clark, there were many contributors in the game, including second-year student David Black,who scored 15 points of his own as well. The first half went well for the Spartans as they hit on nine three-pointers and built a 32-23 lead with 6:46 left.

The Yellowjackets would respond however, as the Spartans only led 40-39 at the half. In the second half, the Yellowjackets began to pull away, building a lead as large as 12. The Spartans fought back multiple times to bring the lead down to single digits, but it was to no avail as the team lost 99-92. It was the ninth-consecutive win for the Yellowjackets as they remained in a tie for first place in the UAA.

“I think we definitely played well enough offensively to get the win but we came up short repeatedly on the defensive end,” said Holman.

The second game of the weekend was Senior Day for the Spartans as fourth year students Spencer Boyd, Holman and Clark were honored for their dedication to the team. The Spartans defeated Emory 78-88 as Clark took his game to even greater heights in his final home game. Clark scored a career-high 33 points and tied a school record with seven three-pointers made. He was 7-10 in three-point attempts for the game.

The Spartans continued their barrage in the second half, shooting their best three-point percentage in a half this season at 63.4 percent (seven-of-11). The half was comprised of small surges by both teams, as whenever the Eagles whittled down the Spartan lead, the Spartans would answer with a small run to build it back up. Holman worked with Clark to maintain the Spartan lead. Holman had 16 points and second-year student Colin Zucker added 14 points of his own.

“ Winning the last game was an awesome feeling, especially since our senior class had never beaten Emory before,” said Holman. “It was a big win in terms of the way the UAA shapes out, as well and it felt great to end our careers in that gym with a win.”

Head Coach Sean McDonnell, on Clark’s performance throughout the weekend, said, “Matt had a great weekend to continue his outstanding season. I’m so pleased with Matt’s consistency this year.”

The Spartans play their final game on the road against Carnegie Mellon University. “On Sunday we really focused in on getting half-court stops and the bigs did a great job rebounding, ” said Holman. “I think we need to focus on bringing that same defensive intensity to our final game at Carnegie. It’s going to be there senior night and I’m sure they’ll have a big crowd, so we need to concentrate on getting stops early and often to keep them from getting comfortable.”

When asked about his thoughts on the year as a whole, McDonnell said, “Our team has done a nice job of embracing the changes we made to our style of play during the season.”

The team will travel to Pittsburgh Saturday, Feb. 27 at 5 p.m.