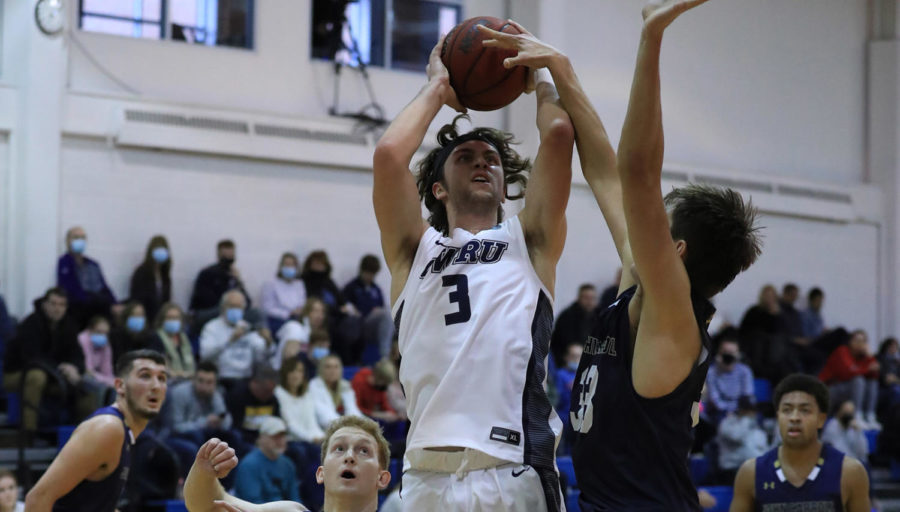 The Case Western Reserve University men’s basketball team, in the midst of a 12-game winning streak, entered this past weekend with high hopes as they hosted two conference opponents, Emory University and University of Rochester. Unfortunately, the Emory Eagles were willing to play spoiler on Friday and extinguished the Spartans, handing out an 80-70 defeat.

Emory’s team had a shaky start to the season, losing three of their first four games. They then went on to win eight of their next 10 games before heading to Cleveland for their first of two games against CWRU this conference season.

The game started out with plenty of back and forth and remained close until the Eagles went up 20-15 with a 3-pointer with 11:18 left in the first half. Third-year forward Cole Frilling nailed a jump shot to put CWRU within three, but the following CWRU timeout allowed Emory to regroup and capitalize on the quick break. Back-to-back 3-pointers blew their lead up to nine before second-year forward Hunter Drenth sank a jump shot. The Eagles retaliated and scored twice for every CWRU bucket. The pattern saw the deficit slip to 14 before graduate student guard Mitch Prendergast and Frilling hit back-to-back threes of their own. Prendergast split a pair of free throws with less than two minutes remaining, but Emory simply owned the last minute and a half before halftime, scoring nine straight points to end the first half with a 45-29 lead.

The Spartans entered the second half determined to win the uphill battle, but Emory began a 6-0 run seconds after Frilling drilled his second 3-point shot of the game. With a scoring flurry from Prendergast, fourth-year forward Ryan Newton and second-year forward Daniel Florey, the 10-0 desperation run by CWRU halved the Emory lead.

The Spartans were holding their own, but time was not on their side. Six minutes passed and the lead hadn’t budged much, but a three by the Eagles swelled their lead back up to 14 and forced the Spartans into overdrive. A big-time 3-point play from Newton trimmed the deficit down to four with just over two minutes left, but Emory scored five points in the next 30 seconds and shut down CWRU for the remainder of the game for an 80-70 road victory.

Emory’s ability to disperse the ball between different players proved to be their winning formula, whereas the Spartans focused their scoring potential on a few players. The Eagles had four players with at least 10 points and totaled 21 assists compared to CWRU’s three players with similar point totals and a total of 14 assists. However, the Spartans’ true downfall was the vast difference in scoring efficiency. The Eagles’ field goal percentage was 21.5% higher (CWRU shot at a meager 39.3% from the field) and their 3-point percentage was 19.9% higher. The Spartans’ only victories were in the turnover margin (with 25 points off turnovers) and in the free throw battle (13-for-17 compared to Emory’s 6-for-11 performance).

Frilling and Prendergast shouldered the load while Newton filled in nicely from the bench, but it was clear that the team as a whole had work to do before they hosted Rochester. Frilling finished with 24 points, 6 rebounds and 3 blocks while Prendergast and Newton chipped in 18 and 10 points, respectively.

The University of Rochester Yellowjackets arrived in Cleveland hoping to improve upon their solid 10-4 record after defeating Carnegie Mellon University 71-60 on Friday. However, disappointed with the snapped win streak, the Spartans were on a quest for vengeance in the Sunday game.

CWRU seized an early 17-5 lead thanks to shots from Prendergast, Frilling, Florey and graduate guard Griffin Kornaker. Just when it seemed as though they may run away with the game, the Yellowjackets erupted with 16 unanswered points to snatch the lead. Newton sank a 3-pointer to get the Spartans back within a point, but Rochester answered with a layup, a three and a free throw, extending the lead to 7. In the last six minutes of the half, the two teams traded blows, with players exchanging jump shots and free throws almost evenly until Rochester nailed a jump shot in the last second of the half to give Rochester a 38-35 lead before the break.

Determined to prevent a losing streak in such an impressive season, the Spartans entered the second half fired up, with enough defensive prowess to silence the visitors. Graduate forward Brian Hines got things going with a pair of layups and fourth-year guard Robert Faller got a layup of his own before the Yellowjackets had an answer. Though CWRU was able to erase the halftime deficit with ease, Rochester held their own. With less than eight minutes remaining, the game was tied at 55. However, the Spartans found their groove and went on a 12-1 run to go up by 11 with just 3:27 left. The run featured big-time shots and steals from Prendergast, Drenth, Faller and Kornaker.

The late burst gave CWRU a chance to coast to the end, as they essentially matched Rochester shot for shot till the final whistle, securing their 13th win of the season with a final score of 74-61.

It was evident that CWRU had learned from Friday’s defeat and emulated the Eagles’ strategy to much avail: four Spartans starters scored points in the double digits while three more scored at least five points. The Yellowjacks only had one player in double digit points, possibly costing them the game as it had with the Spartans on Friday.

From a team stats standpoint, CWRU dominated in several categories. The Spartans shot 15.8% better from the field, an absurd 27.5% better from the 3-point line and 17.7% better at the free throw line. The team also outperformed Rochester in rebounds (39 to 27), assists (12 to 8), fastbreak points (10 to 2) and bench points (17 to 11) but were out of control with turnovers. The Spartans turned the ball over 23 times, leading to 26 points for the Yellowjackets. The visiting team only returned the favor 13 times for 22 Spartan points. Still, solid performances from all five starters and a few bench players guided CWRU to victory. Prendergast finished with 20 points while Faller (11 points, 5 rebounds, 3 assists, 4 steals), Hines (10 points, 7 rebounds, 2 blocks), Frilling (10 points, 6 rebounds, 2 blocks) and Kornaker (6 points, 6 rebounds, 4 assists, 3 steals) all did a bit of everything. Drenth scored 9 points off the bench on perfect shooting and recorded 3 rebounds, 2 assists and a steal.

The Spartans’ home conference games continue this weekend with a Friday matchup against the University of Chicago (6-9) and a Sunday bout with Washington University in St. Louis (14-1, 13 game win streak).