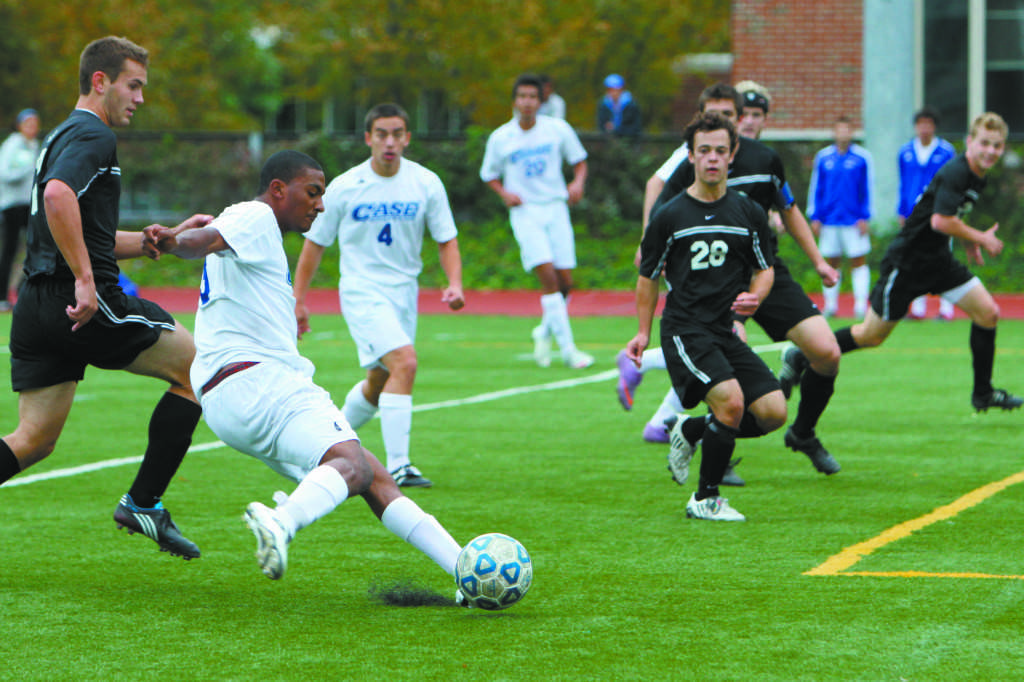 Case Western Reserve University’s men’s soccer team bounced back from a recent slump and pulled in a win against Heidelberg University. The Spartans defeated “The Berg” at home last Saturday 1-0, improving their overall record to 4-2-2. The Spartans are back in action on Saturday Oct. 2 against Brandeis University in Massachusetts, marking their first UAA match of the season.

From the whistle, the Spartans tested the Heidelberg defense by taking a number of shots at goal. Thirty minutes into the game, Rene Silva crossed the ball to Senior Phil DeBauche who took a shot on the Heidelberg net. The shot was juggled by the keeper, but he just couldn’t hold on, putting the Spartans on the board 1-0.

Minutes after the goal, a shot by Vinny Bell nearly put the Spartans ahead by two, but was deflected off of the crossbar. The remainder of the first half played out with little action from either side, and at the whistle, the Spartans had outshot Heidelberg 10-1.

Right as the second half began, Rene Silva took a quick shot on goal, but the Berg keeper Mike Kenny came up with a big save. Fifteen minutes into the half, Coach Dan Palmer made a number of substitutions and a number of players from the bench saw some time. As the Spartans grew comfortable with their 1-0 lead, the pressure was all on Heidelberg. The Spartans were able to keep the ball in their possession so that Heidelberg was only able to get off two shots in the final ten minutes of the game. The first shot by Heidelberg’s Matt Paquette went high, but a shot by Jakob Reinbolt with five minutes remaining in the game threatened the Spartans’ lead; luckily, Case Western goalkeeper Ben Yabrow was able to make the big save, recording his second of the game. The Spartans won the game 1-0, outshooting Heidelberg a whopping 14-5 and took eight corner kicks to Heidlerberg’s one.

With this “W” on the record, the Spartans have momentum as they head into their UAA conference play beginning this Saturday. The UAA is a tough and competitive conference, and Brandeis University is the Spartans’ first stop. The Brandeis judges are hungry for a win after an upsetting loss in double overtime in their last game. The last time the Spartans traveled to Brandeis, the match ended with a 0-0 tie after two overtimes. If the Spartans continue their aggressive play this weekend, they should be able to bring home a win, starting off the conference season with a much needed bang.

The Spartans next home match at Case Field will see the men’s soccer team play at 5p.m. on Wednesday, Oct. 6 against Penn State Behrend.