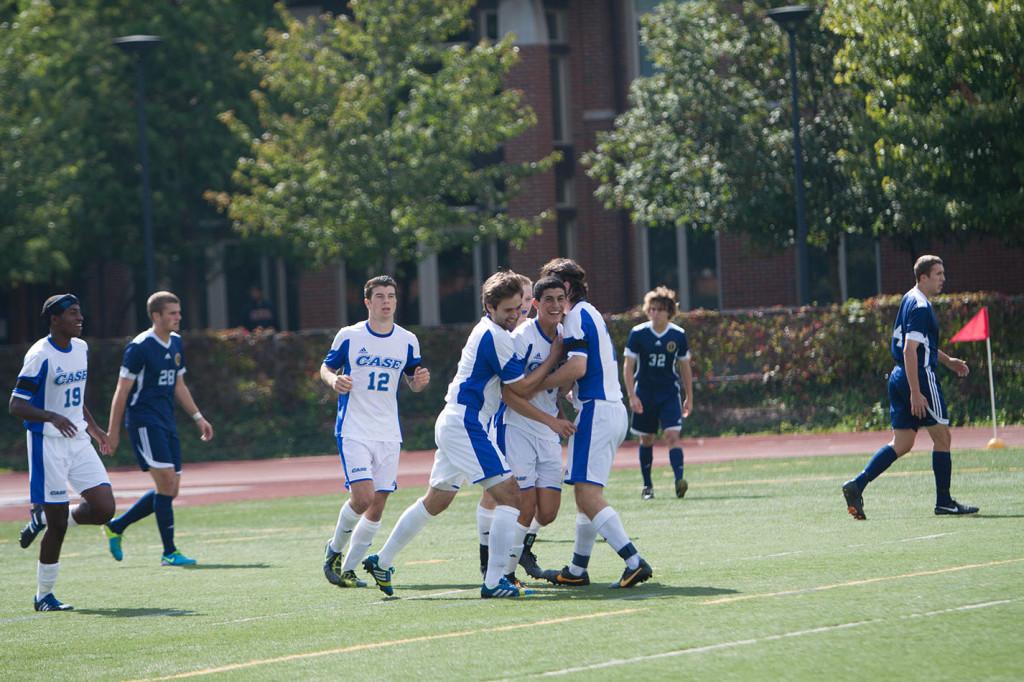 The Case Western Men’s soccer team beat Franklin University to stay undefeated in their home opener Saturday afternoon. The Spartans beat the Grizzlies by a score of four to three in a close and competitive match. The Spartans started off very strong with Jacob Grindel scoring less than two minutes after play began. Franklin tied the game in the 17th minute but Marco Patrie and Matthew Zembas added goals of their own to give the Spartans a commanding 3-1 lead at the end of the second half. The Spartans kept rolling when Grindel added his second goal of the game in the 54th minute to make the score 4-1. Franklin refused to go without a fight however as they scored two goals within six minutes in the 63rd and 69th minute marks. Case was able to survive the late surge however and advanced to 3-0-3. The Spartans will play their second home game of the season Wednesday night at 7:30 against John Carroll University.