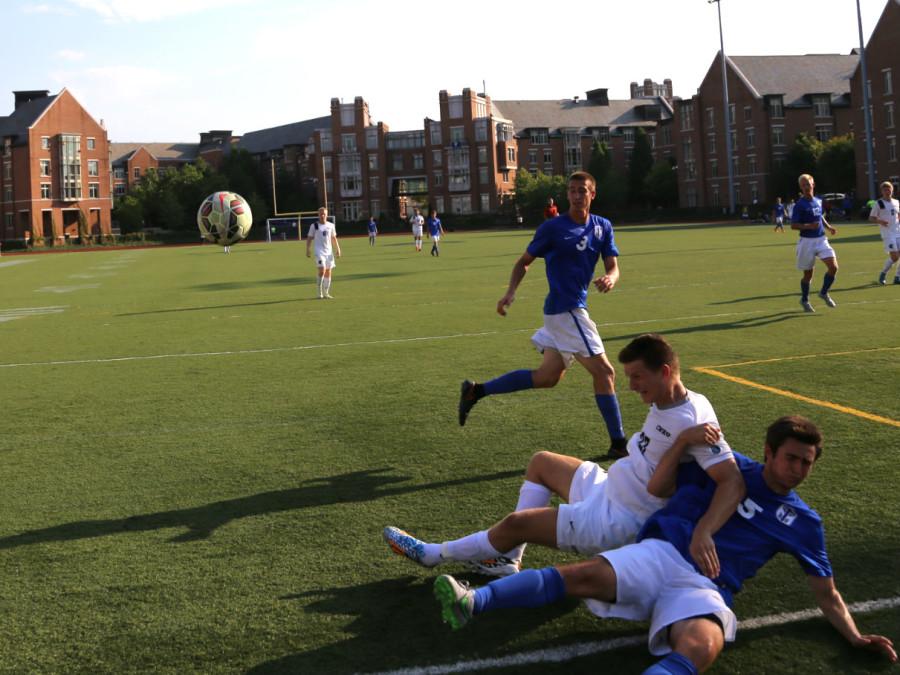 The Case Western Reserve University Men’s Soccer team continues to dominate opponents, beating New York University 4-1 in the team’s first conference game of the season. The star of this game for the Spartans was fourth-year captain midfielder Chris Cvecko who scored three goals in the second half, all in an eleven minute span. The Spartans’ confidence has never been higher heading into what will be the toughest week of the season to date. The team will host 7-3 Oberlin College as well as 9-1 and #3 ranked Brandeis University next week.

The game started out slowly for both teams, with neither being able to find the back of the net. That changed however, with Michael Balog’s goal at the 62:15 mark off of a header from a free kick by Paul Darmstadter. NYU was quick to respond, with Tristan Medios-Simon answering just over four minutes later off a free kick.

From that moment on, Cvecko took over. His first goal came in the 77th minute. Then within the next 11 minutes, he netted two more past the Violet goalie, in the 85th and 88th minute respectively. Cvecko’s performance earned him the UAA Athlete of the Week, his second one this season. Cvecko now has eight goals on the season, a career high. When asked about his player, head coach Brandon Bianco said, “Chris is our senior captain and has been our rock for a number of years now…We’ll need his leadership this week more than ever.”

The win puts the Spartans at a seven game winning streak and has the team ranked 16th in the nation. When asked about his team’s focus trying to not think about the streak, coach Bianco said, “The focus has been great and it speaks to our culture and senior leadership. This streak has been two years in the making with the things we tried to put in place with our previous teams.”

Both Oberlin and Brandeis are tough opponents, and Bianco knows it. When asked about his preparation for the upcoming week, Bianco said the team’s preparation “won’t change this week. We’re good, our opponents are good. It’s October and we know things ratchet up.”

Be sure to watch the Spartans take on Brandeis at home. The Spartans play Sunday, Oct. 11 at 1:30 p.m.