Men’s tennis goes 2-1 over the weekend 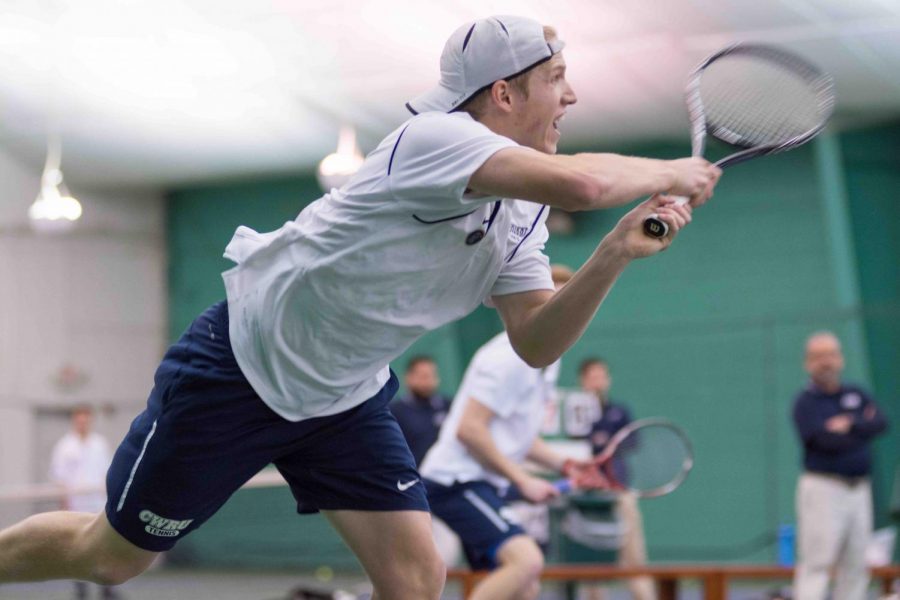 Behind a strong singles performance with a sweep against Washington College and winning two of three doubles matches against Christopher Newport University, men's tennis is ranked in the top 25 in Division III and continues to improve their level of play.

The team’s record rose to 4-4 after the weekend was over.

Against NCWC the same day, the Spartans did not fare as well. Although the team won two out of three matches in doubles play, NCWC capitalized in singles play by winning four of six matches. CWRU played them neck-and-neck; the match was decided by a tiebreaking third set as Kanam went down 7-5, 3-6, 7-6.

Head coach Todd Wojtkowski spoke about how close the loss was after the match.

“Sometimes it is tough to gauge the level of play from that team as they are comprised of all international players,” he said. “However, on paper it was supposed to be a 50/50 match in which it came down to the end, and it did”.

This defeat went on to fuel the Spartans for their match the next day.

Playing a more highly ranked opponent than NCWC in Christopher Newport University, CWRU faced the challenge head-on and came out with the victory. After a Spartan loss in the first doubles match 8-3, Kanam and Concannon flipped the script by defeating their opponents by the same margin. However, CNU was able to win the third doubles. In the first singles match, Christopher Newport extended its lead with a 6-2, 6-2 victory over CWRU’s Fojtasek.

Down 3-1 as a team, the Spartans stepped up their game and won five consecutive singles matches. Rajupet, Kanam and Concannon did their parts to rally the team back. Stroup sealed the team win in the fourth singles 7-6, 2-6, 6-3 and Chen solidified the victory in the second singles 7-6, 4-6, 7-6.

After the match on Sunday, Coach Wojtkowski discussed his thoughts on the win over Christopher Newport.

“I am incredibly proud of the way that we bounced back the next day and played incredibly tough to overcome the home squad, Christopher Newport,” he said. “It feels like we are getting better and better exponentially with each match we play”.

The Spartans hope to carry the energy from Sunday to next Saturday, March 3, where they will host the University of Rochester and Hobart College at the Medical Mutual Tennis Pavilion at Cleveland State University.