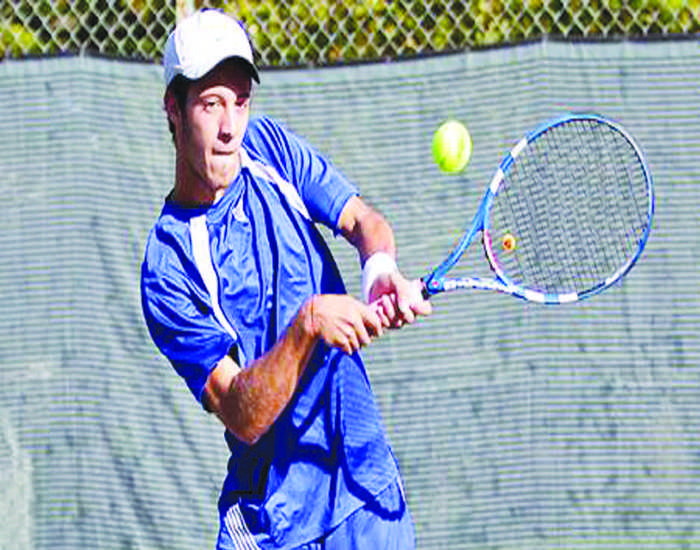 Heading into spring break, the Case Western Reserve University’s men’s tennis team was riding solid performances on the court, winning five of their last six matches and losing only to Division I opponent Cleveland State University. The team continued this hot streak during their action-packed spring break trip, which took them southeast through West Virginia and Virginia.

The Spartans, whose schedule thus far has featured a myriad of ranked and higher-division opponents, continued to face high-ranking teams throughout their trip including the University of Mary Washington, ranked No. 17 in the country by the Intercollegiate Tennis Association.

The Spartans’ first test was on Wednesday, March 14, when the team stopped in Buckhannon, W. Va. to take on Division II opponent West Virginia Wesleyan College. The Case men proved too much for the Bobcats to handle on both the singles and doubles fronts. The combinations of John Healey and Kyle Gerber, Sean Carr and Richard Brunsting and Will Drougas and Rohan Patel in the one, two, and three spots, respectively, proved unstoppable. The top two pairs dropped merely two games apiece while Drougas and Patel kept it interesting with an 8-5 win.

The Spartans then continued to Fredericksburg, Va. to take on Mary Washington, a university with roots in the University of Virginia. Facing nationally ranked competition didn’t happen by chance.

“We have made a major point to start playing our best tennis at the right time. This is why we schedule so many tough matches and some non-Division III teams,” explained Case coach Todd Wojkowski. “We believe that through struggles in the middle of the season we will be at our strongest by the time April rolls around.” By dropping the Eagles on their brand-new home courts, the Spartans have signaled that they are right on course.

After all of the doubles and singles play, the Spartans and the Eagles were tied at 4 apiece, with the final matchup between Patel, a Spartan senior and co-captain, and Mary Washington’s Tyler Carey. Patel was even with Carey at 4-4 when he stepped up his game; he ended up winning in straight sets, securing the Spartan upset.

As in most of the Spartans’ previous matchups, doubles were key. With the two teams splitting singles action, Case’s doubles strength propelled them to victory.

“With doubles,” said Healey, “it’s not so much a modification between my doubles and singles game. I prefer to come into the net, crash, and win points with volleys, which translates very well into a doubles game. Kyle is in a similar boat. It’s all about being aggressive, playing the percentages, and getting out to a quick start.”

The Spartans shook off the defeat to pound Bridgewater 5-0, with the top four matches going unfinished. In singles, Richard Brunsting, playing at the sixth position, dropped only a single game against his opponent. He and doubles partner Carr dropped only one game as well.

With this victory, the Spartans are sitting at a record of 10-6 with five matchups remaining before the UAA Championship tournament April 26-28. Their final home match of the season is this Saturday, March 24 at 2 p.m. The team will host a “Rally for the Cure” event, which raises money for the Susan G. Komen for the Cure Foundation.