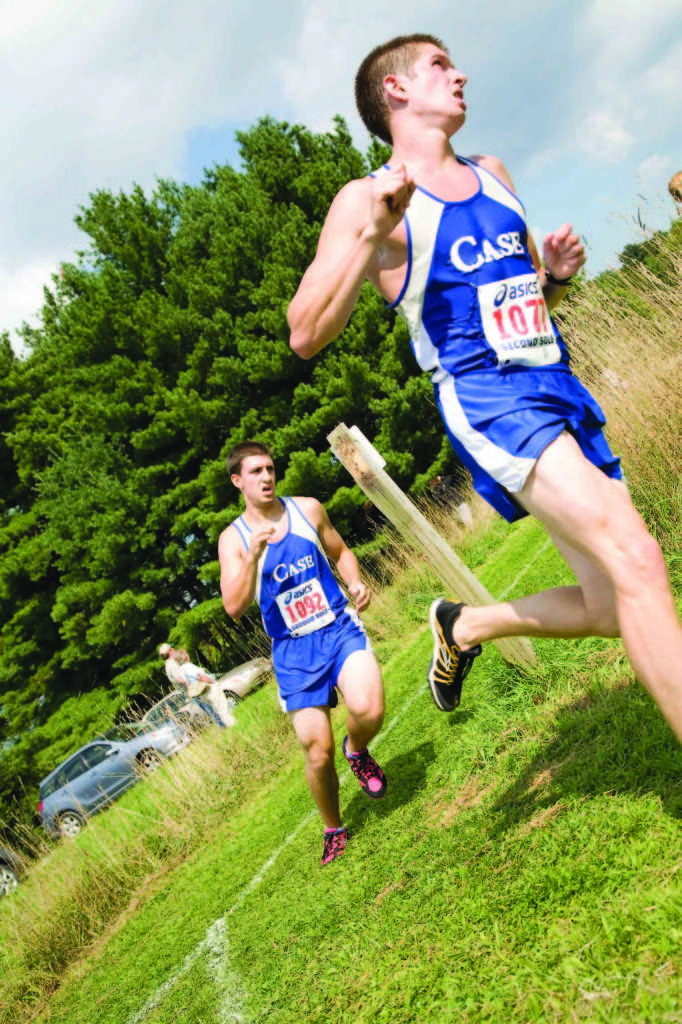 A disappointing 2009 campaign saw the Case Western Reserve University men’s cross country team fall short of reaching the Division III National Championship. The squad finished fifth in the highly competitive USTFCCCA Great Lakes Region, where they missed out on a NCAA bid by just four points. Despite the team’s shortcomings, a new season means opportunity is knocking at the Spartan’s door.

“I think expectations across the entire team is very high,” said senior captain Robert Ontko. “Everyone looks like they’re in a lot better shape than they have in the past few years. [NCAA’s in] Iowa is always on our mind.”

In order for the team to travel to Wartburg College for the National Championship they’ll need to qualify for a bid. Automatic bids are given to the top two teams in each the conference, with up to three other schools receiving at-large bids. The Spartans, although they finished fifth, drew the short straw and were forced to watch while Mount Union College, who finished just four points and eighteen seconds ahead at Regionals, received a bid.

The Spartans aren’t letting the other schools get in the way, they have their eye on a top spot and an automatic bid, far, far away from the bubble where they finished last year.

“We’re looking real good. We’ve done a lot a test sets and everyone has high expectations for this year,” said sophomore Chris Kelly.

The Spartan’s first test will be in two weeks when the team hosts the Bill Sudeck Classic at the Squire Vallevue Farm. This will be the Spartan’s first chance to trot out their new squad, which lost just one senior from last years Great Lakes Regional crew.

“The Sudeck Invite will be a great test to see where we’re at early in the season. Allegheny, who was third in the nation last year, will be there and we want to keep it close to them, because if we’re able to pressure them it will definitely put us in a good place,” said Kelly.

One of the biggest obstacles to hit the Spartans is Oberlin College’s jump from 14th in the preseason rankings to 5th, knocking the Spartans down to 6th in the opening standings.

Ontko, who finished 21st at the Regional Championships with a time in the 8-kilometer run of 26:33.76, is optimistic about the team’s chances. “Finishing in the top two and getting an automatic birth is definitely our ultimate goal. It’s a matter of staying healthy and rising to the level of the other teams in our region.”

“We’ve got our eye on one of the top two spots in the region because that’s what will guarantee us a NCAA bid. We don’t want to be left out like last year,” said Kelly.

Mitchell Haynes and Wyatt Hoch are a pair of freshmen who are looking to make a breakthrough on the squad this year. The duo will make their debut in the Wooster Invitational on Wednesday.

Haynes and Hoch suggest a continuing emergence for the team in the upcoming season. The duo, along with sophomores Phillip Yeung and Kelly, provide a vital lifeline for the future of cross country at CWRU. Yeung placed 30th at the Great Lakes Regional with a time of 26:46.69 while Kelly’s 22:43 in the four mile Wooster Invite leaves room for him for a spot of the championship roster.

CWRU will host Bill Sudeck Classic in two weeks on September 4, it is the Spartan’s only home meet of the season.