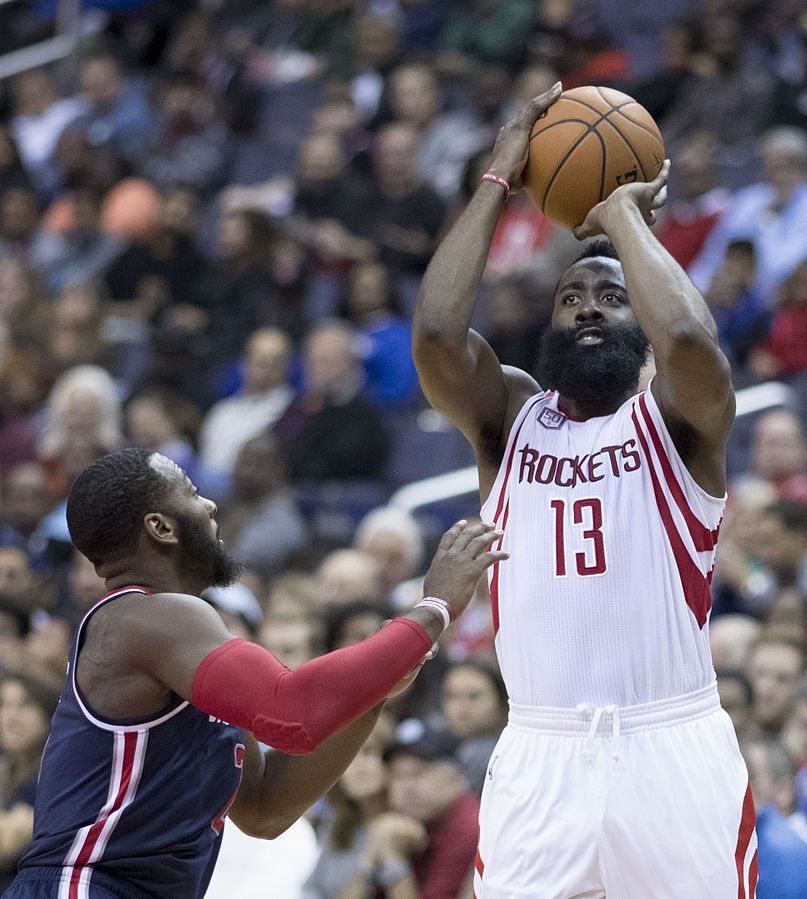 James Harden leads the league in scoring with 35.7 points per game. Currently he has a 19 game streak in which he has scored 30 points or more.

The story of last summer was the departure of LeBron James to the Los Angeles Lakers. After four straight trips to the NBA Finals, the Cleveland Cavaliers currently hold the worst record in the league. Granted, star forward Kevin Love has missed most of the season with a foot injury, leaving the Cavaliers without a reliable offensive threat. Their leading scorer, Jordan Clarkson, actually comes off the bench, averaging 17 points per game. Rookie point guard Collin Sexton has had his bright spots this season and is shooting 39 percent from three but is only shooting two per game. However, his fewer than three assists per game leave a lot to be desired from a playmaking aspect. As a team, though, they are just plain bad. On the bright side, tickets are now much cheaper. Upper level tickets can be found for around six dollars on sites like StubHub. You can also get really nice seats in the lower section for about $40.

James Harden and Giannis Antetokounmpo are tearing up the league

Giannis Antetokounmpo, affectionately known as the “Greek Freak,” is having the best season of his career. He’s averaging 26 points, 13 rebounds and six assists with a 29.2 player efficiency rating, third best in the NBA. More importantly, his Milwaukee Bucks boast the best record in the league at 34-12. Just listing his numbers though does not do him justice. He has always been an athletic specimen, but this year he’s taken a giant leap. The Greek Freak gets to the rim with uncanny ease, finishing most of the time and kicking out for a three to a teammate when he gets doubled. The Bucks’ Head Coach Mike Budenholzer has greatly helped his star player, implementing a five-out offense that gives Antetokounmpo plenty of space to drive. The Bucks look like a serious contender to make the Finals.

James Harden has followed up his MVP season from last year with perhaps a better performance this season. He leads the league in scoring with an absurd 35.7 points per game. His two best teammates, Chris Paul and Clint Capela, are injured; yet Harden is putting the team on his back, scoring at a rate that has rarely been seen in the history of the NBA. Harden has scored 30 or more points in 19 straight games; for context, only Wilt Chamberlain in the 1960s had a longer streak. Harden is must-watch television. He might just be the best scorer the league has ever seen.

The Eastern Conference is a mess

For the last eight seasons, the Eastern Conference has been dominated by a James-led team. Now, he’s in the Western Conference, so there will finally be a new representative. Predicting what team that will be halfway through the season is proving very difficult. After last year, it appeared the Boston Celtics should be the favorite. They took the Cavaliers to Game 7 of the Eastern Conference Finals without their best player, Kyrie Irving, and played the entire season without Gordon Hayward, their star free agent signing of the summer of 2017. Yet, despite both of those guys returning healthy this year, the Celtics sit in fifth place in the East and six games back of first place. Irving has criticized his usage publicly, leading some to wonder if this Celtics team needs a shakeup to improve chemistry. Then there’s the Toronto Raptors who traded for Kawhi Leonard over the summer. They sit at 36-13 and look like a real contender but have always struggled in the playoffs. The Bucks, of course, are up there too. But they lack a second star next to Antetokounmpo. The Philadelphia 76ers, currently in fourth, traded for Jimmy Butler in the middle of the season and probably have the most talent of any of the teams in the East, but their bench depth isn’t great and they have plenty of drama issues of their own. The surprise team sitting in third is the Indiana Pacers. Clearly, they have the least talent, but they play hard and are coached well. Your guess is as good as mine as to who will win the East.

The Warriors still own the Western Conference and the NBA

Sure, the Warriors haven’t been truly dominant this season. Yes, their defense is average this season, sitting at 15th in the league in adjusted defensive rating. But the Warriors are favored to go to the Finals for a fifth straight year. The reason? DeMarcus “Boogie” Cousins. Golden State was good when they just had Steph Curry, Draymond Green and Klay Thompson. Then they added Kevin Durant, a top-five player in the league. Yet, even with their three championships they never had a post threat who could also nail a three. Cousins gives them exactly that player. He’ll open up driving lanes by forcing the opposing team’s rim protector to guard him outside the arc. If teams try to put a smaller player on him, he will punish them in the post. Furthermore, he will be the third or fourth offensive option—and he is one of the best centers in the league. Looking at the Warriors, it is insane: Curry is the best point guard, Thompson is a top-three shooting guard, Durant is a top-three small forward, Green is a top-ten power forward and now Cousins. Barring injury, the Warriors will slide through the rest of the league.