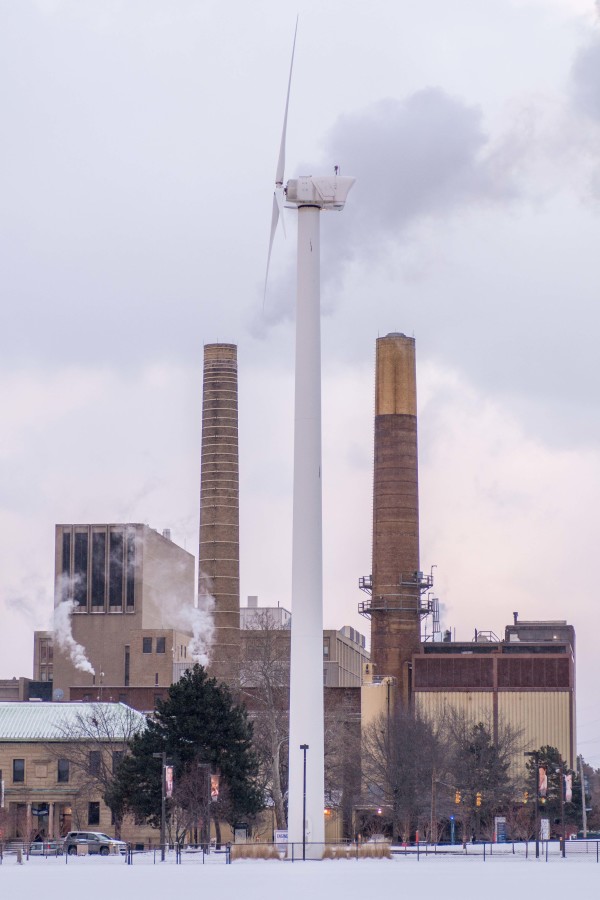 The wind turbine near the Veale Center is used for research on campus.

Those that follow environmental issues are likely well-aware of the climate talks held in Paris last December. President Barack Obama, as well as numerous other world leaders, met in France at a United Nations sanctioned event to discuss environmental matters of global import.

Climate change spearheaded the talks, and it was in Paris that Obama reaffirmed his Clean Power Plan, a plan that looks to reduce carbon emissions and the U.S.’s energy footprint over the course of several years. Obama has been pushing these issues for quite a while now, and the climate talks in December were a culmination of these efforts.

The Court’s decision, on the other hand, is much less so. CNN Politics takes this as a sign that at least five of the justices have a serious concern about some aspect of the plan, which seems reasonable.

However the fact that the Court saw fit to completely block the plan from moving ahead is questionable. The Clean Power Plan’s tenets give states plenty of time to comply; in fact, most of its stipulations don’t come into effect until well after President Obama is out of office in January. (Most segments of the Clean Power Plan will not come into full effect for at least two years.)

The whole thing is awfully questionable. The Court’s decision appears to be more straightforward obstructionism, which is disheartening when coming from the leaders of the judicial branch. At this point, this kind of opposition is expected from Congress, but the fact that the Supreme Court is partaking in this sort of endeavor is frustrating, especially when the issue at hand is so important.

As a college campus, Case Western Reserve University students are more aware than most of the implications of climate change. I personally know many people who are espousing the importance of sustainability and alternative fuel, which is why it’s so jarring to me when politicians claim that climate science is bunk and that energy proposals are simply a way to bankrupt the coal industry (As seen in a tweet by Senator John Barrasso of Wyoming shortly after Congress voted to block the new Environmental Protection Agency limits).

This stuff isn’t falsified. Climate change is a real and incredibly important issue, and more Americans need to be talking about it. I’m relatively certain that I only heard about the decision because it was mentioned in one of my classes here.

CWRU and its student body promote sustainability and clean energy constantly, and that’s a good thing. But we need to talk with our ballots, not just our mouths and pens. This kind of obstructionism will only be eliminated if CWRU students and other like-minded people get out and vote in this election.

We know it’s important, but we need to let Congress know that too.

Danny Miles is a second-year student who is generously reducing his carbon footprint by not bringing his car to school and is totally not just doing this so that he doesn’t have to pay as much in insurance.