Mistry: Advocate with, not for 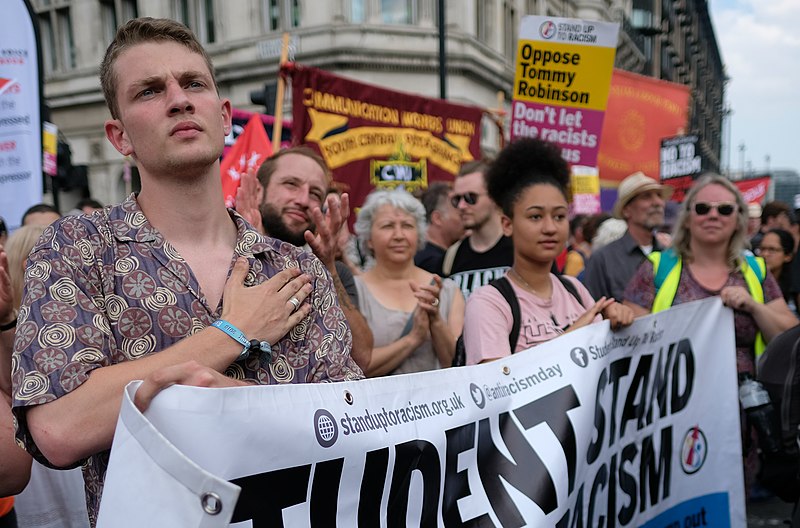 When advocating for a marginilized group that one is not apart of, it's important to advocate with the group and not for it.

When you are involved in social justice advocacy work, you often don’t get to choose your allies. The work is exhausting, and you welcome any support you can get. In my experience, I’ve often encountered well-intentioned people trying to make a difference in this world.

But many seem more interested in advocating for people, not advocating with people. The distinction seems insignificant, but it’s paramount.

Someone who advocates for others sees themselves as a savior. They have figured out the glorious truth about how society should operate, and they are doing the world a favor by taking their time and effort to grace us with their wisdom. The focus of their activism is their personal sense of righteousness, not necessarily on making material changes for marginalized people. These people feel comfortable speaking on behalf of groups they do not belong to and decide which tactics are worth pursuing on their own. If you critique their behavior, you will find they get deeply offended. Often, they will condescendingly remark how they could in fact be using their position to perpetuate further injustice, and that you should be thankful they are bothering to use their privilege to help you.

A friend of mine had the perfect phrase to describe this group: eyes half open, mouth never shut.

Someone who advocates with others understands that they can never be the source of others’ liberation. They can and do center the lived experiences of marginalized people in their activism. They seek not to dominate the conversation but to lift up the voices of the marginalized. Instead of speaking on behalf of others, they help build spaces where marginalized folks can speak for themselves. They decide on tactics democratically and work to build coalitions between various marginalized identities.

I’ve had plenty of experiences with both groups of people. In fact, I’m willing to admit that when I first entered social justice circles, I definitely fit the first group more. A lot of those people possess multiple privileged characteristics (white, upper middle class, straight, men), and they feel a sense of guilt over them. This manifests itself in an activism rooted in feeling right and assuaging that guilt, as opposed to one focused on liberation for all people. And while these people recognize systemic injustices exist, they often don’t realize how their actions work to further perpetuate toxic hierarchies within activist circles that discourage engagement from marginalized folks and prevent the development of the diverse solidarity that will be necessary to build a better world.

To put it simply, both groups agree with the statement “I want to change the world.” The problem is the first group is focused on the “I” when they need to be focused on the “change.”

This is a problem of significant importance to activists at Case Western Reserve University and around the world. While I have many friends who share the goals of the groups I support, they often feel uncomfortable as racial, religious, gender and sexual minorities in these spaces. They find themselves being smugly dismissed by white men who claim to know exactly what it is their community needs and feel disempowered and disenfranchised by the very people who are supposed to be aiding their pursuit of justice.

Those of us of dominant group status are not only welcome in this fight, we are necessary for it to succeed. But I urge you, if you are someone who has read this and felt offended, do not channel that feeling into discouragement from participating in causes you support. Stay involved, stay engaged. But stop talking so much, and start listening.

Advocate with, not for.

Viral Mistry is a fourth-year biology and cognitive science double major who is also minoring in chemistry, history and philosophy. In his free time, he enjoys drinking good union-made beer, reading academic non-fiction and watching Vine compilations on Youtube.