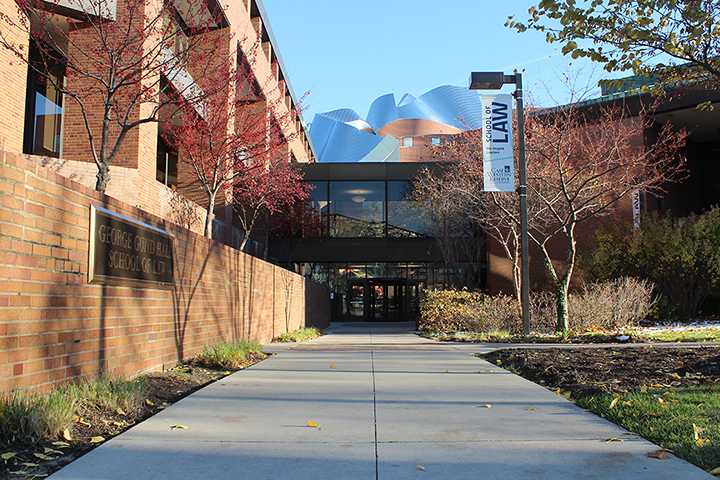 The Case Western Reserve University School of Law is in the throes of controversy. In a suit filed in Cuyahoga County Court, Professor Raymond Ku accused Dean Lawrence Mitchell and Case Western Reserve University of retaliation in response to Ku’s attempts to report sexual harassment. A new wrinkle in the lawsuit came on Nov. 7 when Mitchell’s legal team, Attorneys Steven S. Kaufman and Jennifer A. Lesny Fleming of Cleveland law firm Kaufman & Co. LLC, filed an emergency motion with Judge Peter J. Corrigan to strike parts of the case they deemed “immaterial, impertinent and scandalous.”

The motion alleges that Ku’s motivations in filing the lawsuit arise from a place of jealousy, portraying Ku as a “disgruntled professor” who didn’t make it past the screening interview process for the opening in the dean’s position which Mitchell filled in 2011. It also alleges that Ku voluntarily resigned from his Associate Dean post after “not satisfactorily” performing his job requirements.

The motion calls Ku’s complaint “a smear campaign,” and requested that Judge Peter J. Corrigan strike nearly 30 allegations from the record. Included in those allegations are an “anonymous flyer,” which was attached to Ku’s initial, but not his amended, complaint that claims Mitchell joked to CWRU faculty members that a CWRU graduate student “wasn’t good for anything but keeping the bed warm”; claims that members of the dean search committee were aware of Mitchell’s sexual behavior at George Washington University, where he allegedly had “at least one sexual relationship with a law student”; and most instances in the amended complaint describing an unnamed “Administrative Staff Member 3” that Ku alleges was laid off in response to reporting Mitchell to Provost W.A. “Bud” Baeslack for instances of sexual harassment. Administrative Staff Member 3 has since come forward.

The motion argues that Ku’s complaint and amended complaint “were unlawfully expanded to contain certain unsworn and anonymous material that goes far beyond the scope of the facts relevant to the claims … [and are] recklessly false, unreliable, and incredible.” The motion ends stating, “This is a gross abuse of the Court process that should not be tolerated.”

Ku’s attorney, Subodh Chandra, provided a statement in response to the motion.

“It’s understandable that Mr. Mitchell would now want assertions regarding his own behavior hidden from scrutiny, but all he’s doing is highlighting them. All allegations in the amended complaint have a good-faith factual basis and are relevant to the lawsuit — and we will respond accordingly with the Court.”

In an interview with The Observer, Daniel Dubé, the former special assistant to the dean who Mitchell informally referred to as his “chief of staff,” outlined a “pattern of unprofessional behavior” by Mitchell. He declined to state specific instances, instead highlighting the importance of a pattern in proving retaliation.

Now an out of state lawyer, Dubé is referred to in the amended complaint as Administrative Staff Member 3. Dubé maintained that the complaint is a generally accurate assessment of the actions taken against Ku and himself by Mitchell and the university.

Despite his departure from CWRU, Dubé stated that his choice to speak out arises from a sense of responsibility for those at the university. “For me, this is part of the ongoing obligations I have to Case Western University and the law school in particular, especially the students of that law school,” he said.

After Mitchell’s appointment as dean at the Case Western Reserve University School of Law, Dubé accompanied him from George Washington University, where Dubé was a law student. At George Washington, he took classes from both Mitchell and Mitchell’s then wife, also a faculty member at the law school there. According to Dubé, their combined class load was known informally among their students as the “Mitchell Minor.” Said Dubé, “It was astounding at times how similar could be their thinking.” They have since divorced. He developed a mentor-mentee relationship with Mitchell while serving as a research assistant, he said, subsequently joining Mitchell after his move to the law school at Case Western Reserve in 2011.

According to Dubé, he was tasked with monitoring Ku’s blog posts, a retaliatory action cited in the suit. Additionally, Dubé confirmed personal knowledge of an individual receiving a financial bonus in part for attempting to discredit Ku, also a complaint outlined in the suit.

According to the suit, Dubé attempted to report Mitchell’s sexual relationship with a law student to Baeslack in a letter. Following his letter, Dubé was told to work from home. According to the suit, Dubé met with Carolyn Gregory, vice president for human resources, and Marilyn Mobley, vice president for inclusion, diversity and equal opportunity, a meeting in which he says he was “interrogated.” After this meeting, Dubé was inexplicably moved to a position in Gregory’s office before being “laid off for budgetary reasons,” the suit alleges.

Both Dubé and the suit also state that in a meeting with Gregory and John Wheeler, senior vice president for administration, Dubé was offered a severance package that he subsequently declined. “It very much looked to me at the time, as it looks to me now, by at the time I mean instantly, looked to me like a nondisclosure agreement in the guise of a severance agreement. And there was what they would have deemed for me, in my situation, my staff level, a significant monetary incentive to sign that agreement,” he said.

Dubé asserts that he maintains copies of all the documents in question, including his letter to Baeslack, the severance agreement and a signed document acknowledging that Dubé’s claim regarding Mitchell was filed. Dubé declined to share the documents with The Observer, deferring to the judicial process.

In an interview with The Observer, Wheeler said that he does not have “a recollection” of the meeting with Dubé. Wheeler asserted that while Gregory reports to him, Gregory’s office handles employee issues, and he is not typically involved in “personal situations.”