Mitski’s revival: “Working for the Knife” 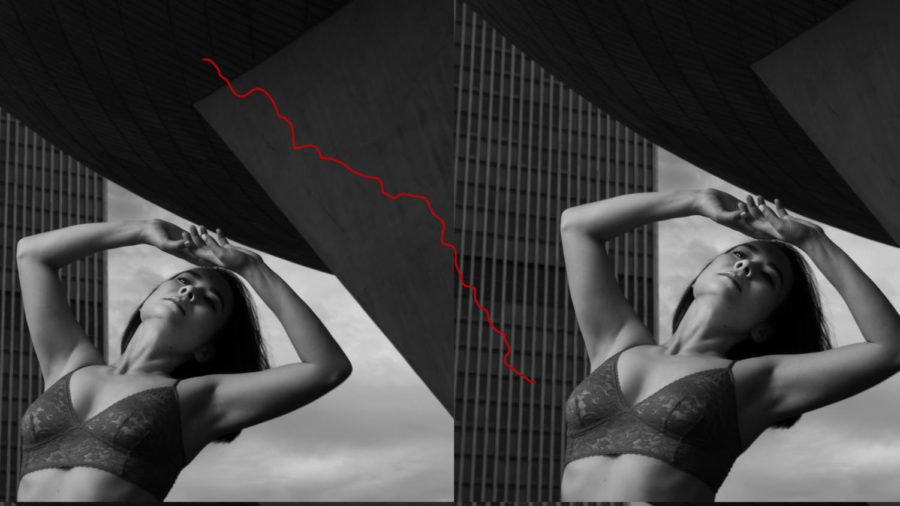 Mitski returns from her hiatus, with a single about the pressuers of the music industry, leading fans to wonder if her melancholic work might be harmful for the artist.

Lately too many fans seem to be asking this question, yet no one really knows the answer. Mitski Miyakawa, stage name Mitski, is quite the enigma—a Japanese American indie rock artist who has been praised as “the 21st century poet laureate of young adulthood” by National Public Radio (NPR) and a girlboss icon by young fans. While Mitski gained popularity through the viral TikTok song “Nobody,” her work has been enjoyed by many since her first album in 2012, amassing a loyal fanbase dedicated to her colorful, eclectic melodies.

From the wistful, haunting undertones of her first album, “Lush,” to the dazzling overwhelmingness of her latest 2018 album, “Be the Cowboy,” Mitski’s tunes capture a vast spectrum of emotions—perfect for any college student dealing with any type of crisis. I highly recommend “I Bet On Losing Dogs” if you’re ever questioning your self-worth, with “Class of 2013” being a chill track for when you feel like life is going by too quickly.

Mitski announced a hiatus in 2019, deleting all her social media and disappearing for two years. Fans were left concerned she would never grace us with her soul-crushing lyrics again.

But now Mitski’s back. Her social media accounts came back, and on Oct. 5, Mitski released her new single “Working for the Knife” and announced numerous upcoming tour dates, which all immediately sold out.

The latest track follows Mitski on her journey in the music industry, grappling with the fast-paced touring lifestyle of a musician and the high demands of life itself. With a loud, syncopated beat and a cool, knowing tone, she exposes the unromantic reality of chasing one’s dreams, contrasting how she thought her life would turn out with how she instead finds herself “working for the knife.”

Mitski’s “knife” could be many things. It could be the aggressive nature of the music industry, always asking for more and more from her. Even broader than that, it could be the capitalist forces that drive society to constantly produce. Mitski seemingly sees herself becoming a slave to her work, toiling endlessly in the hopes of advancing in a counterfeit meritocracy. Some other interpretations see the knife as a symbol of mental health struggles, where Mitski is working “for the knife” to better herself, yet she dances on the razor edge between getting better and further hurting herself.

But regardless of whether or not she acknowledges the knife’s existence, Mitski cannot escape it, whether she be working, living or dying. The oppressive synth that overwhelms the song’s instrumental matches the knife’s overbearingness over her life. The knife suppresses her dreams and fullest potential, keeping Mitski incessantly producing to achieve some impossible perfection that she expects of herself. Her melancholic, regretful voice hints that her success is dependent on her sadness, keeping her on the brink of chasing her dreams as she feels forced to retain her unhappiness to produce such emotion-provoking music.

In interviews, Mitski has described her inner conflict—on one hand, she wants her lyrics to hold meaning for her listeners to interpret in whatever way they can relate to. On the other hand, she feels as if her autonomy as an artist is being written over—that she is becoming a machine that spits out what others want to hear, secondary to her vision. In fact, the entire premise of her last album, “Be the Cowboy,” is to take on the unapologetic arrogance that cowboys project in Western movies, a quality she struggles with as an Asian-American woman in the music industry. But with everyone’s interpretations of her music battling against what she believes her songs represent, is Mitski still the cowboy?

In the music video, we watch Mitski take off a cowboy hat, perhaps symbolizing her retreat from the unapologetic arrogance embodied by “Be the Cowboy.” She then goes on to perform onstage, dancing wildly in attempts to keep the spotlight on herself. Maybe that’s how Mitski views her own work—she feels the need to exploit her personal struggles and sadness to be successful under the capitalistic system that enables her art. But when she’s constantly working for the knife, Mitski does not think she can be the cowboy.

For me, the most haunting lyrics are “I always knew the world moves on / I just didn’t know it would go without me.” It seems as if she’s referencing her hiatus, but now she is back to chasing the spotlight—quite literally as she follows the spotlight in the music video. By the time she gets to “I always thought the choice was mine / And I was right, but I just chose wrong,” Mitski is not even hiding the pain that her career has caused her. The ends-focused mindset that the industry perpetuates and exploits is often masked by the illusion of choice.

And now we return to the age-old question: Is Mitski okay? Granted, her lyrics have always been bleak, but something feels different this time. Part of the difference is that, after such a long break, Mitski’s return to the industry highlights the pain she faces because of it. But then again, our interpretation of Mitski’s return and her mental health disrespects Mitski’s freedom to walk her own path unquestioned. Regardless of what we believe, Mitski is here again to make music, and we are here to fall in love with it again.