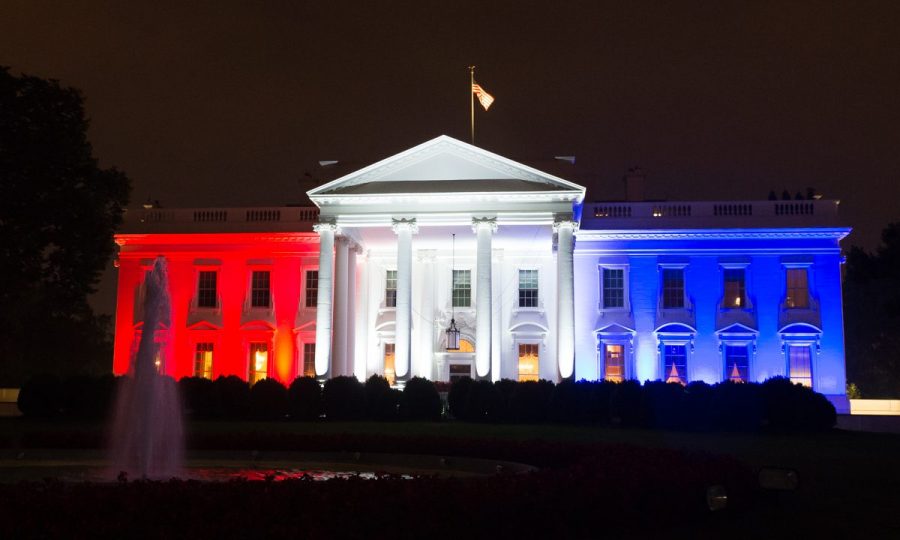 The current White House inhabitants are rushing to accomplish their full agenda in a matter of months before Biden takes office.

President Donald Trump recently stated concern about President-elect Joe Biden taking credit for the creation of the COVID-19 vaccines. While Trump has yet to concede, this statement shows that he is implicitly coming to terms with Biden’s victory and a peaceful transition of power—a hallmark of our democracy. However, it is too early to take a breath, as the transfer of power could prove to be a dangerous double-edged sword currently being honed by the Trump administration.

As Trump rounds out his final months as president, there are concerning signs that he will do everything he can to cement his agenda and legacy, making it difficult for the Biden administration to reverse his policies.

Past precedent and regime theory have proven that short-lived regimes have notably higher levels of corruption. While Trump is not authoritarian to the extent of President Recep Tayyip Erdoğan of Turkey or Prime Minister Viktor Orban of Hungary, he still maintains a similar urgency to accomplish his agenda at an expedited rate since he does not have to consider a reelection campaign. In short, Trump has nothing to lose.

This mindset is dangerous and, frankly, quite irresponsible. When Trump pushes plans through at an accelerated pace, he fails to consider the full ramifications and consequences of his actions. For instance, while Trump is rushing through plans for a border wall, he ignores the destruction of wildlife and historical landmarks that would result from it. Some analysts have even linked Biden’s victory in Arizona—a Republican stronghold for decades—with Trump’s negligence over the wall.

On the foreign policy front, Trump’s withdrawal of troops from the Middle East and his numerous impediments of the Iran nuclear deal are further examples of the foolishness in accelerating plans.

History has shown that prematurely pulling troops out of unstable regions is likely to backfire. The withdrawal of the U.S. from Iraq in 2011 created a vacuum of power, met by the rise of ISIS. With the presence of terrorist groups such as al-Shabaab and the Taliban still at large today, repeating the mistake that the Obama administration made with its withdrawal of troops seems like a disaster waiting to happen. Senate Majority Leader Mitch McConnell’s recent outburst condemning Trump’s plan to withdraw troops especially speaks volumes, considering his previous unequivocal support for the president.

At risk of being a conspiracist, the assassination of Mohsen Fakhrizadeh, a key figure of Iran’s nuclear program, does raise questions. So far, Iranian and U.S. officials have claimed Israel was responsible for his murder, yet we cannot rule out the possibility that the U.S. played a role—especially considering the timing of it and Trump’s recent efforts in impeding the Biden administration. Moreover, Fakhrizadeh’s assassination is in line with Trump’s efforts to compromise the Iran nuclear deal and futher strain relations with the country. All of these actions are going to further erode the little trust the U.S. has in the region.

These are but a few examples of Trump’s hasty actions. However, as months turn into weeks and days, there is no guarantee that he will stop in trying to accomplish his agenda. While it is possible that Trump may do some good with the little time he has left, the recent evidence suggests otherwise. As such, it is imperative that we carefully watch and hold him accountable. After all, he is still president.