Mizuno: Why Hong Kong is a fight for all democracies 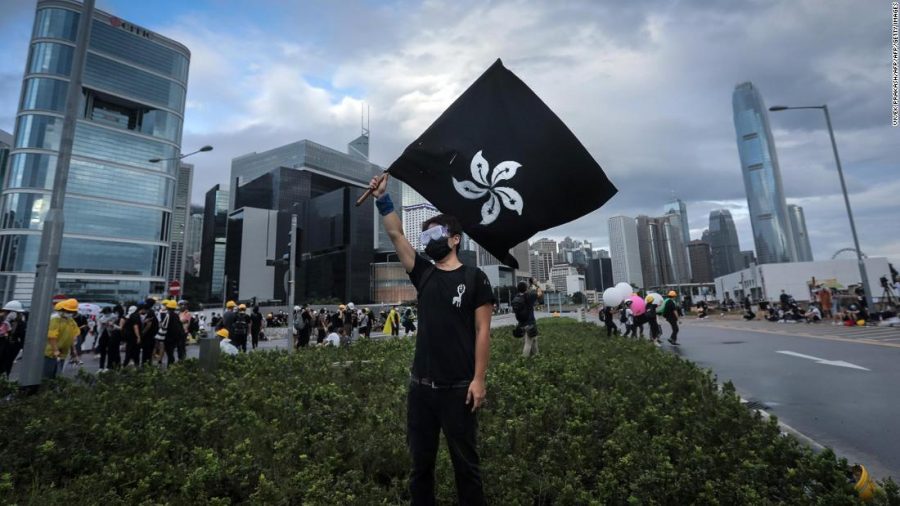 Imagine if there were a world where no one was allowed to criticize the government or protest to have their voice heard, where there is a sense of helplessness in the air—and no way to hold the government accountable. The only option for people to preserve their inalienable rights is to fight this system of oppression or leave the only place they have ever called home in fear that the government will abuse its power for its own interests.

Unfortunately, this is no parallel universe. It is an ongoing humanitarian nightmare inflicted by the Chinese Communist Party (CCP) on an area that has, for decades, been the hub of resistance to the CCP: Hong Kong. The implementation of the national security law on June 30 has been the source of great concern due to its potential to encroach on civil liberties. The ambiguous, subjective nature of the law—which highlights subversion and secession as two out of its four main components—gives the CCP enormous leeway to construe the law for the party’s benefit.

Since day one, the government has confirmed these fears by targeting civil rights activists who act as a thorn to the CCP’s hegemony. Peaceful slogans or any expression calling for freedom are now punishable because of the absurd notion that these acts somehow threaten the national security of China. Notably, the arrests of pro-democracy activist Agnes Chow and media mogul Jimmy Lai have raised alarm bells, signaling the start of an erosion of the city’s global reputation. Eliminating these activists’ power and influence over the democracy movement has accelerated the CCP’s agenda of creating an obedient Hong Kong, putting democracy in great peril.

Furthermore, the draconian law allows for alleged defendants to be tried under mainland China’s rigged criminal justice system and potentially receive inhumane punishments like torture through arbitrary detention, for which the CCP has become infamous. In light of the CCP’s many atrocities, such as its abuses against the Uyghur Muslims, it is no wonder that the bereft of trust in the CCP is at an all-time low. This brutal political suppression is finally showing the CCP’s true colors as a modern-day totalitarian regime. After all, the institutions in place infringe on the rights they were ostensibly meant to protect.

If the morality of the law could not get any worse, the hypocrisy of it has only added fuel to the flame for CCP dissidents. The Basic Law, or the de facto Constitution of Hong Kong, was meant to serve as a means to implement the Sino-British Joint Declaration, which ensures the right to civil liberties of freedom of speech and press for Hong Kong. Yet, the CCP’s supposed legal implementation of the National Security Law via its inclusion of Article 23 in the Basic Law is a direct contradiction to the terms of the CCP, which was supposed to adhere to transferring the sovereignty of Hong Kong from Great Britain to China.

Furthermore, under the terms dictated by the Basic Law, the full assimilation of Hong Kong to China is supposed to occur in the year 2047. Yet, a notable aspect in the National Security Law allows for authorities to have sweeping legal powers to conduct searches without a warrant and censor and monitor online content. So, after all of these aforementioned provisions of the National Security Law, how then is Hong Kong any different from any part of China? The online censoring and the stripping of its basic human rights is altering Hong Kong to become just one more oppressed region in China.

As a country that was formed by its fight for civil liberties during the American Revolution, it is in our identity to fight against oppression. If we do not stand up for Hong Kong, are we not rejecting the very foundations of our country, the very identity that makes us who we are? It is time that we start showing solidarity to our longtime ally that stood as compatriots with us in our fight against the CCP’s countless violations of international law. If we lose Hong Kong, another stronghold of democracy falls to an authoritarian regime. Just as you stand up for Black Lives Matter or climate change, or for anything for that matter, I call for you to stand up with Hong Kong and spread the news that the battle for democracy is a battle too precious to give up.