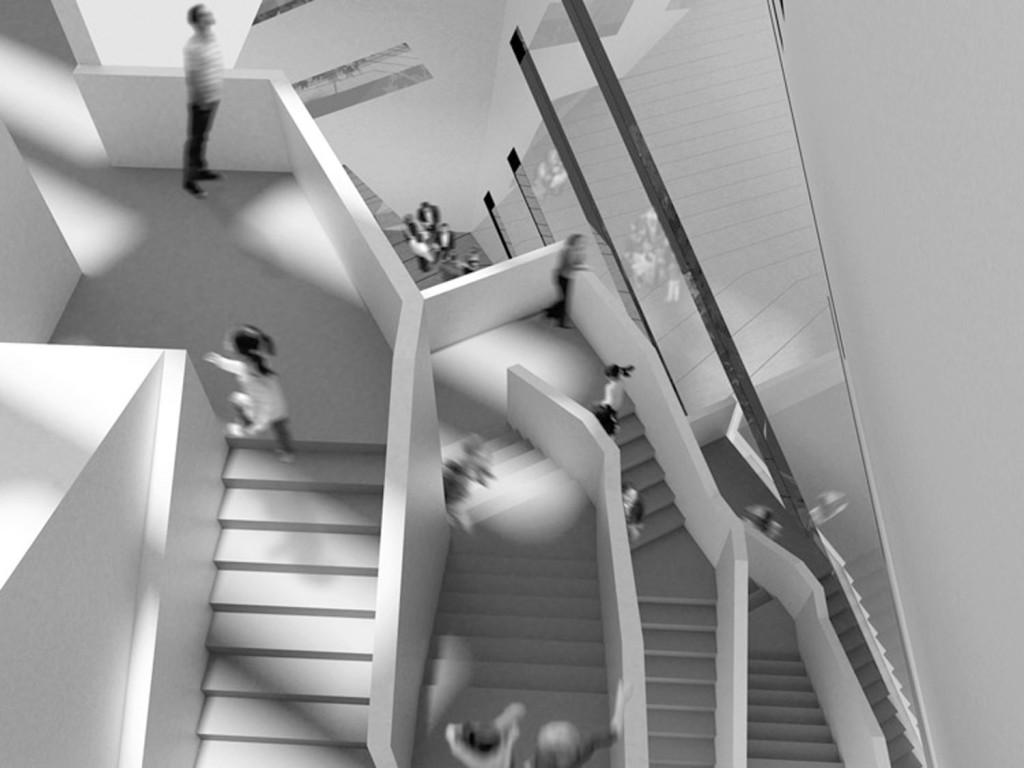 “Location, location, location”: The importance of this recognizable real-estate quote is something that The Museum of Contemporary Art Cleveland (MOCA) knows all too well. For over ten years, the museum has been planning to build a permanent home for its artwork, which will enable them to move out of their leased headquarters on Carnegie Ave that they share with The Cleveland Playhouse. The move will not only allow MOCA to expand their galleries and create a more visitor-friendly atmosphere, but it will also make the museum a part of the cultural hub of University Circle.

For far too long the museum has been estranged from its hypothetical parent, The Cleveland Museum of Art. Though the museums are not formally affiliated, BRYDEN START HERE PLEASE: many have wished for years that they were more closely situated in order to get the total art experience that Cleveland’s institutions have to offer. With a greater number of patrons and a high profile building, there is no limit to how MOCA will be able to grow as an organization.

The new building will not only create growth for MOCA, but also for the surrounding area known as the Uptown district of University Circle. The new building will be located at Euclid and Mayfield, where parts of the Triangle Apartments now stand. MOCA’s new home was designed by the Foreign Office Architects, an internationally acclaimed design firm from London. The new MOCA galleries are the firm’s first project in the United States as well as their first design for a museum. The new building will resemble a large, black diamond of sorts, reflecting the surrounding city from its polished stainless steel façade.

“Devised for both environmental and fiscal sustainability, the design for the four story building is at once technically inventive, visually stunning, and highly practical,” boasts the MOCA website. The building has four floors built up from a hexagonal base, with the fourth being the main exhibition space and the third floor a supplementary exhibition space. The second floor will act as offices for staff and interns. With 34,000 square feet, the new building will be almost double in size to their former space.

MOCA hopes to become an integral part of the University Circle community, which is already a cultural, educational, and medical Mecca. One of the ways that they hope to accomplish this is by creating an atrium on the first floor that will act as a center where students and community members can lounge, socialize, and utilize their wireless internet free of charge. This atrium will face the only wall of the building that is not made of stainless steel, but instead is made of a transparent glass that will reveal to those on the street the people inside of the building. This wall will face an outdoor plaza that will beautify the Euclid/Mayfield intersection with green-space as well as art and seasonal decorations. By using this architectural scheme, the museum hopes that it will encourage visitors to flow in, as their artwork flows out and becomes a part of the city. Furthermore, MOCA anticipates that, like the Village residential community, the new museum will earn a LEEDs Silver accreditation upon completion.

This new construction will jump start a plethora of urbanization and revitalization projects in the Uptown district. Case Western Reserve University, developers MRN Ltd., and other University Circle institutions are banding together to make many changes to the empty storefronts and parking lots lining Euclid Ave approaching East Cleveland. New shops, a grocery store, and new apartments are in the mix. Many of these projects were conceived as early as 2004 by CWRU and will require an estimated $150 million dollars or more to be completed. MRN Ltd. developers have contributed $44 million dollars for the Uptown apartment building that will be designed by another renowned architect, Stanley Saitowitz.

In the meantime, MOCA, in its current location has two new exhibitions, both celebrating their opening night on September 10: Duke Riley’s An Invitation to Lubberland and Seth Rosenburg’s The Cleveland Years. They are waiting for the groundbreaking on their new home and continuing fundraising efforts to find the $6 million dollars that they need to finish financing and rejuvenate their endowment. To find out more about the Campaign for the future of MOCA Cleveland visit their website, www.mocacleveland.org.