moCa reopens with Margaret Kilgallen’s art as a centerpiece 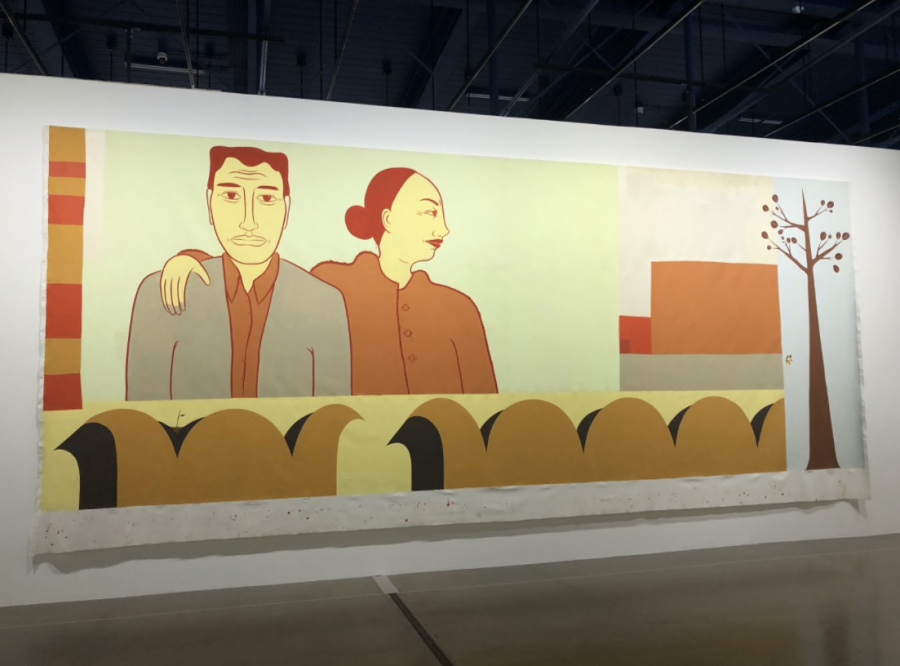 “Untitled,” 2000 was one of the pieces showcased in moCa's new exhibitions.

“I spend a lot of time going over the line and over the line and trying to make it straight, I’ll never be able to make it straight. From a distance that might look straight, but when you get close up, you can only see the line waver. And I think that’s where the beauty is,” Margaret Kilgallen, who was part of the mission school art movement, said in an interview shortly before her death.

Kilgallen’s art is currently on display at Cleveland’s Museum of Contemporary Art (moCa), which reopened on Thursday, Oct. 1. The distinct glass building on Euclid Avenue has some new protocols in the wake of the current pandemic, with enhanced cleaning measures in place, a mask mandate and temperature checks before you can enter the exhibits. Social distancing was easy on its opening day, as the museum was mostly empty on the gloomy Thursday. This is a shame, because moCa’s current exhibitions are worth seeing, especially “Margaret Kilgallen: that’s where the beauty is.”

Kilgallen was a San Francisco-based artist who unfortunately only lived to be 33, dying of breast cancer in 2001. Kilgallen was influenced heavily by folk art and focused on doing things by hand. moCa describes her work as having “roots in the long-standing histories of printmaking, American and non-western folk history and folklore, and feminist strategies of representation.” As moCa also notes, and makes apparent through the gallery, Kilgallen wanted to shift the frame of how women are viewed by giving a voice to overlooked women, putting emphasis on places outside their bodies and highlighting the beauty of imperfection.

The collection ranges from her first solo show in 1997 to her final installation in 2001. Her pieces range from small prints to massive, mixed media installations. The majority of her printed work—be it on paper, wood, cardstock or rusted steel—features images of women or nature. The acrylic images are often juxtaposed with words or phrases such as “stubborn, pride, sure.” Kilgallen did not seem concerned with “aesthetic” or traditional beauty; all of her women are portrayed with comically large lips, often scowling and many with copious curves. A majority of the pieces displayed are untitled; one that especially stands out is a massive acrylic painting on a wood. It portrays a woman brandishing a broken bottle, legs bent like she’s chasing someone. She’s missing a shoe, her eyebrows are upturned with anger and her fish-like mouth is open. There’s no doubt that if we could hear her, she would be shouting obscenities at whoever she’s chasing, just out of our view.

There are other women arguing or looking otherwise agitated throughout the show, including the same image on a smaller piece. Anger aside, Kilgallen also captured women surfing, many side profiles and even a few men. Before you enter the gallery where her art is being housed, you are greeted, rather appropriately, by a recreation of her 1996 “Slaughter” mural. The yellow letters set on a red backdrop are circus-like in appearance, but it invokes a feeling that is anything but fun or upbeat. Fittingly though, you can see the “Slaughter” mural from the top window outside of moCa, and at the right angle, it looks like it says laughter.