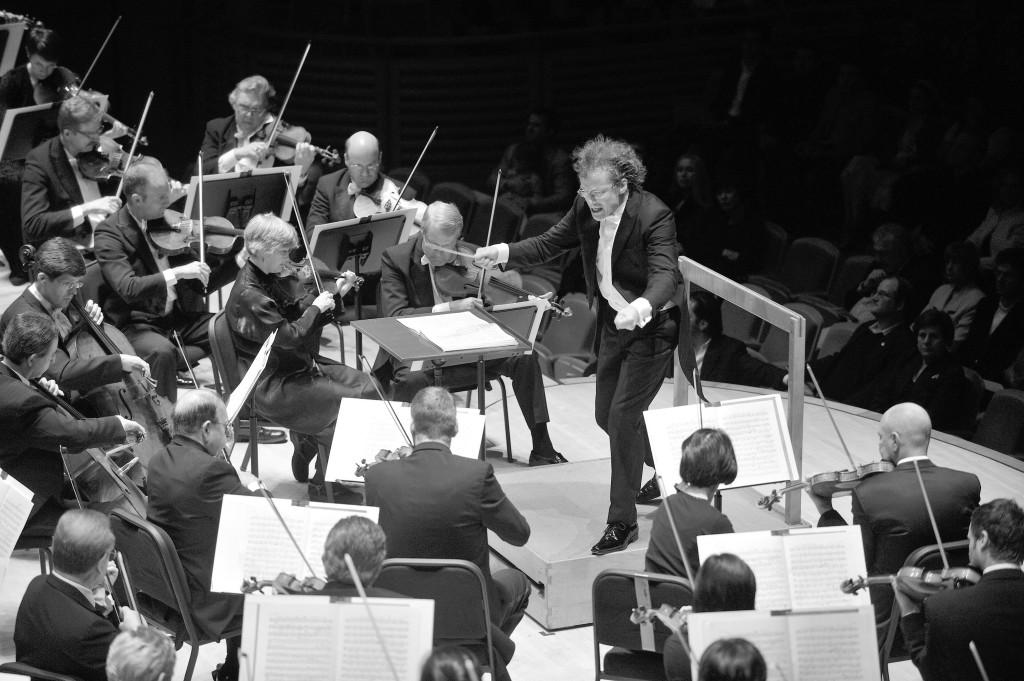 As we draw further into the 21st century, the musicians at Severance Hall continue to draw further into the 20th for this year’s concert schedule. The Cleveland Orchestra will open their 2010-2011 season at Severance Hall on Thursday, September 23 with a performance of Igor Stravinsky’s Le Sacre du Printemps (‘The Rite of Spring) under the baton of Music Director Franz Welser-Möst, who returns for his eighth year at the helm of the prestigious orchestra. The evening’s kickoff concert program will also include Claude Debussy’s Prelude to the Afternoon of a Faun and J.S. Bach’s Mass in F Major, the latter of which will feature the Cleveland Orchestra Chorus.

This season features an array of modern works; indeed, nearly half of the orchestra’s programmed material is from the twentieth or twenty-first centuries. This is certainly a departure from seasons past, when audiences were lucky to hear a fraction of the contemporary music they will this year. Last season, for instance, the orchestra presented approximately 20 percent modern works, less than half that which they have slated for this year.

Among the new music audiences will be able to enjoy are three premieres: Jörg Widmann’s Con Brio and Toshio Hosokawa’s Woven Dreams, which are being presented for the first time on U.S. soil, as well as the world premiere of Widmann’s flute concerto, which will feature soloist and principal flautist for the orchestra, Joshua Smith on the very last concert rotation of the season (May 26 through 28).

Those who are wary of contemporary music however, should not be afraid. The orchestra will still perform many ‘tried and true’ classics, including symphonies by Romantic-era favorites (Beethoven, Brahms, Dvorâk, and Tchaikovsky) as well as the more bombastic turn-of-the-century types (Bruckner and Mahler). Several outstanding concerti for violin and piano respectively will be presented, including Rachmaninov’s famed Rhapsody on a Theme by Paganini, and audiences will even hear beloved pieces such as Dukas’ The Sorcerer’s Apprentice and Holst’s The Planets.

As per tradition, the Cleveland Orchestra will also produce the annual Mozart opera fully staged in Severance Hall, this year presenting the classic Don Giovanni, in an adaptation from a Zurich Opera production. Featured soloists will include Simon Keenlyside as the title character, Ruben Drole as Leporello, Martina Janková as Zerlina, and Shawn Mathey as Don Ottavio. Maestro Welser-Möst will conduct the production as usual, and the Cleveland Orchestra Chorus will round out the singing when the opera comes to stage on March 19 and continues on through the 22, 24, and 27 of the month.

Other notable items on the schedule for this season include a radical departure from the season’s contemporary oeuvre in the form of a Baroque Festival throughout the first couple weeks of May. Works for this will include J.S. Bach’s Orchestral Suite No. 1, Handel’s Music for the Royal Fireworks, two Haydn symphonies, and several works by C.P.E. Bach.

In addition, the final concert of the season will feature a new work by Jennifer Higdon, Concerto for eighth blackbird and Orchestra. The group, eighth blackbird is a sextet of instrumentalists who perform contemporary chamber works, including those by such notable modern composers as Joan Tower and George Crumb.

For those interested, student tickets are available by raffle in the Office of Student Affairs, but may also be purchased at discount prices by enrolling in the Student Advantage Program at the Severance Hall Box Office. In drawing from an incredible variety of composers and hundreds of years of music, The Cleveland Orchestra may have its most exciting season in years at hand.