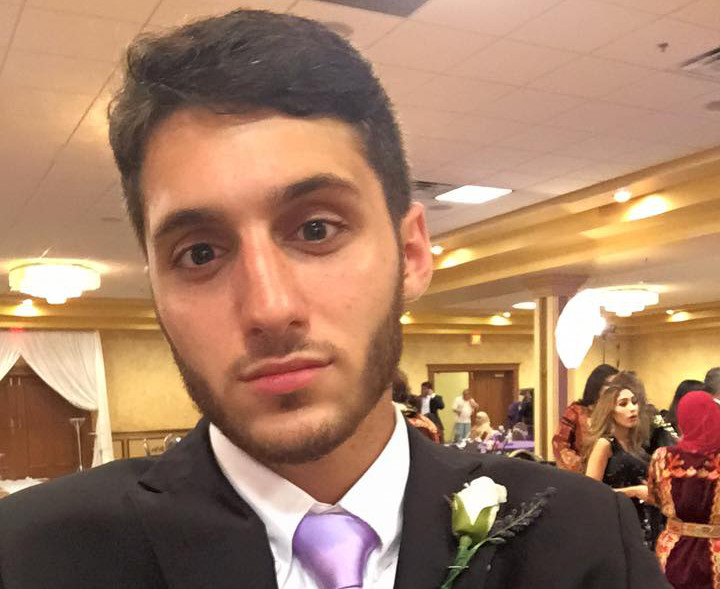 On Oct. 17, first year student Mohammad Jamal died in a car accident. CWRU remembers him for his humor and happiness and his involvement in the Muslim Student Association and an intramural soccer team.

Early in the semester, members of the Muslim Student Association received an email from a first year student introducing himself:

“Asalamoualaikum MSA peeps,
Hello there fellow MSA brothers and sisters. My name is Mohammad Jamal and I am running for freshman representative. I’d like to think of myself as being a pretty ordinary guy with a couple extraordinary qualities, and this is why I am well suited for this position. I would be able to connect with you guys on a personal level.”

After being named to the position, the ordinary guy with extraordinary qualities carried out his promise, connecting on a personal level with students throughout the Case Western Reserve community and beyond. It’s why friends and faculty members spent time last week reflecting on the memories he left them with, the extraordinary stories they will never forget.

Jamal—nicknamed ‘Mo’ by his friends—wanted to become a cardiologist one day, so he could fix hearts. When he died in a car accident on Oct. 17, at the age of 18, he broke countless hearts instead.

Writing instructor and English doctoral candidate Ray Horton taught Jamal at Case Western Reserve University’s pre-college Emerging Scholars Program (ESP) over the summer. At the start of his class, everyone was asked to introduce themselves. They went around in a circle.

“Each student would say something like, ‘Hi, I’m so-and-so, from so-and-so high school,’” said first-year student Arik Stewart, who also participated in ESP.

Jamal did not introduce himself the way everyone did. He did not mention that he came to Case Western Reserve University after graduating from John Hay High School or that he was captain of his high school soccer team, a sergeant at arms of the National Honor Society and a member of the Healthy Profession Pipeline Program.

He did not say, or maybe he did not know, that he hoped to join the Muslim Student Association as freshman representative, that he would become an active member of the Middle Eastern Cultural Association, and a leader of the intramural soccer team.

Instead, as Horton explained, Jamal paused. Then he stood up and said, “Hello, my name is Mohammad Jamal, and I am an alcoholic.”

The class broke into laughter.

Horton added, “This joke, which might have seemed inappropriate or disruptive in another context, turned out to be one of the most memorable moments of our class.”

No matter where he was, even if he was among a pool of stressed-out students, Jamal was still himself: cool and collected.

“His voice was mellow and chill,” Stewart said. One day, during a math workshop, Stewart explained that students were complaining about the problems they had to solve, but the pressure to finish work did not seem to bother Jamal. When they looked over at him, everyone wondered how he was so calm.

And Jamal would tell them, “Just calm down, I got this.” He was, in fact, in a more advanced math course.

“He was a young man who didn’t seem at all phased by the pressures of college or the stress of a busy schedule,” said Horton.

His relaxed nature is something almost everyone who knew him noticed. Jamal always encouraged others to take life easy.

“He was good company,” Stewart said. “When he gave a joke, everyone would be dying laughing.”

Second-year student Rita Mariococchi mentioned that, in Arabic 101, Jamal always had a smile after he made a joke. Stewart described this smile as an “I just did that; I’m cool” type of smile. Thom Dawkins, ESP writing instructor and English PhD candidate, called it a “subtle grin” that everyone had come to love and respect, a grin he will never forget.

One day in class, Mariococchi said, the professor wrote the word “ayb” on the board. The word almost translates to “shame on you.” After asking the class to pronounce it correctly, the professor then requested that Jamal explain what the word meant.

Jamal, who was proficient in Arabic, so much so that he got perfect scores on his tests, translated the word in his own way and told the class it meant, I love you.

Then he shot them that charming smile.

Several days after his passing, third-year student Waed Eid finally looked through the text messages she had sent to Jamal, and the ones he had sent to her. She was looking for memories. With almost every text, she would look up, laugh, and say, “Oh, I have another story!”

“Sometimes, I would say ‘Hun’ on accident,” she said, holding up her phone to show the text. “And sometimes, as a joke, he’d reply, ‘It’s okay, sweetie.’”

There was that one time when she texted him “Bye” as their conversation came to a close, and a minute later, he texted her “Hello.” He always made fun of her height. She made fun of him for always being injured because of sports.

Once, she asked him why he would rather hang out than text.

He said, “I’d rather talk to people in person.”

As someone who likes to keep herself busy, going from classes to work to extracurricular activities, she now looked at the memories she had in her phone and talked about how Jamal taught her to enjoy the company of people.

He was one of the first people she made time for.

With a sad smile, Eid looked up from her phone and said, “Texting him made me so much happier.”

The day after the funeral, first-year student Abdelrahman Rahmy looked over at Jamal’s bed, expecting to see him.

“It really hit me hard then,” Rahmy said.

There were so many stories to share about the time he spent with Jamal, as his roommate and his friend. And it’s the small things, the things that became part of his daily routine, that Rahmy remembers the most.

“I’d always tease him about the room being a mess,” Rahmy said. “And he’d be like, ‘Sorry, Mom,’ and then he’d get up and make a big fuss about moving things around and ask me if it was better.”

Every Friday, they walked to a nearby mosque for prayer. There, Rahmy remembered how everyone would come up to Jamal and call him by his name.

“He was the type of person that people loved to be around, always making conversation with people and never letting people feel left out,” said Rahmy.

They played flag football and soccer together.

“Mo was the heart of the team,” said Rahmy.

Even when they would lose, Jamal would make the team laugh, so much that sometimes losing was fun.

“Throughout our time together, he showed me that I was focusing too much on some things and forgetting to just enjoy life,” Rahmy said.

First-year student Oluchi Onyeukwu, Jamal’s close high school friend who also attends CWRU, will never forget the type of friend he was. Instead of calling him Mo, she nicknamed him ‘Moo.’

“Moo was the most loyal person I’ve ever met,” Onyeukwu said. “He would do anything for the people he loved.”

She hopes to be a cardiologist one day, just as Jamal had. Now, she said, she will be going for the both of them.

“Mohammad made me see the good in the bad, the humor in hurt, and that at the end of the day, everything could be worse, but wasn’t,” Onyeukwu said.

Despite the heartbreak, Jamal’s friends and professors can’t help but smile when remembering the times they shared with him. Still, they say, their smiles will never match the one Mo had. A smile that, Onyeukwu said, “lit up like nothing you’d ever seen.”

In the conclusion of his letter of intent for the MSA Freshman Representative position, Jamal wrote:

“I do not have experience in this field, but as the saying goes, ‘You have to start somewhere.’ If you guys put a bit of faith in me, I will surely produce. I will not only make changes for the better merely possible, I will make them nearly inevitable.”