“Mr. Robot”: A TV show to make you think 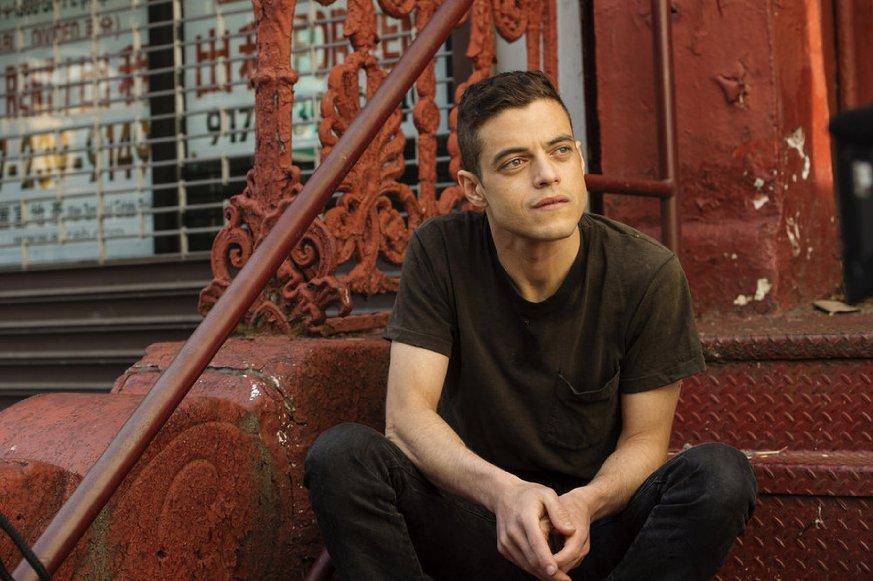 Twisted in more ways than one, this show is sure to keep you on your toes.

TV shows are often our escape from reality, a time to relax and be entertained by the drama or comedy of characters’ lives. Some of the best television shows entertain as well as offer complex characters and plots that make the audience think about their own actions. Shows like “Mad Men” and “Breaking Bad” do this, but are harder to relate to since they are either in a specific era or are focused on a particular trade. “Mr. Robot,” USA’s summer hit, is not only relatable to the real world and entertaining; it is also a show that makes the audience think about their actions in everyday life.

The show is centered around a hacker in his late 20s, Elliot (Rami Malek), who is a computer analyst by day. He becomes part of a hacker group determined to bring down Evil Corp, an embodiment of corporate American culture. The show is narrated by Elliot, but quickly reveals after the first episode that he is not a reliable narrator.

He is addicted to morphine and is very antisocial, slowly pushing away his only friend, Angela (Portia Doubleday), as he becomes more and more obsessed with taking down Evil Corp. The name alone of the corporation suggests that as a viewer, we might be seeing the show from Elliot’s perspective. This keeps the show mysterious and is something difficult to pull off in a television show, but it is impressively done in “Mr.Robot.”

Everything about “Mr. Robot” is impressive. It has beautiful shots and music, well-written scripts and intertwining plots that don’t get boring and all seem important. One of the best parts of the show is its critical view of society. The hacking group Elliot is a part of, called fsociety, looks to protect the common person from corporations and reveal the evil nature of Evil Corp. Elliot’s views on the world are quite nihilistic at times, and, as said before, he is an unreliable narrator, but the world in the show is awfully close to the real world. The values in a society obsessed with social media and consumerism is what the show is mainly critiquing, but through the eyes of a deeply complicated person.

Malek’s performance is amazing, as he transforms from a shy and speechless man to a confident one, then back to confused and angry. He goes through withdrawal from morphine and often talks to the audience, breaking the barrier of the screen and keeping the viewer involved in his life and the plot of the story. Yet it is unclear if this is just a narrative structure or a plot device to show his mental instability.

His performance alone makes the show worth watching because of the range of emotions he is able to express, showing Elliot’s transformation throughout the season. The morality of hacking comes into question, as well as the morality of corporations and society itself, something that Elliot clearly has been struggling with for a while, as he tries to find out where he belongs.

The show portrays a cruel world, with a negative view throughout the first season. However, it also shows the complexity of “evil” and how it is not always obvious. The business executives that run Evil Corporation, although despicable people because of their decisions in business as well as in their personal lives, are also portrayed as complicated people that you hate one episode, then feel sorry for in the next. There is not one “big bad villain” of the first season, but rather multiple foes that Elliot has to face within the mystery of figuring out who exactly Mr. Robot (Christian Slater) is, the mysterious guy that brought together the hacking group fsociety.

“Mr. Robot” can be dark and negative about the world at times, but it also opens eyes to many aspects of our own world. It makes viewers think about why exactly they decide to do things like join social media or buy products from large chain stores just because everyone else has them. The fast pace of the show keeps it entertaining and its moral questions make it a TV show that has more to offer than quick pleasure. Even though season one is now over, it has already been renewed for a second season that will probably continue to show Elliot’s struggle with morals in the corporate world as well as his own social world, making the viewer question their own role in society as well.