Mukhi: Why I choose to row 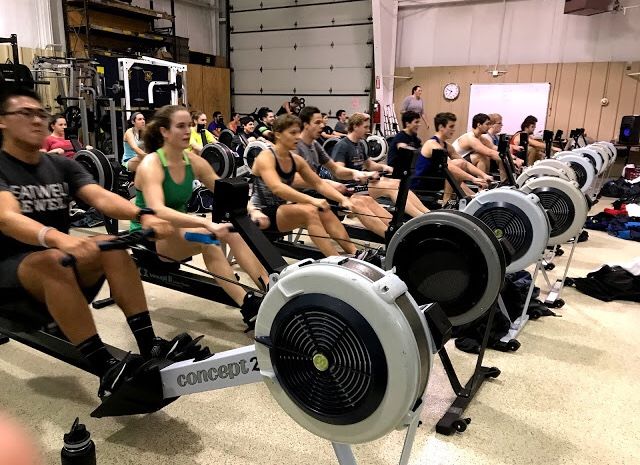 Indoor training is important, but it involves less face-to-face interaction with other members of the rowing team.

Near the beginning of last semester, I was a new student, awed and impressed by the experience of orientation week. Then came the day that the Horsburgh Gym filled for Sports-a-Palooza with all the non-varsity sports clubs and teams Case Western Reserve University has to offer, from frisbee to fencing and kendo to kung fu. At the front of the hall, holding oars so tall I couldn’t believe people actually used them, was the crew team.

At first, I was apprehensive about approaching the crew team. They seemed extremely organized and were handing out little flyers with “Learn to Row” dates on them to anyone who got too close. Frankly, I was intimidated, but I did what every other freshman does in the beginning of their first semester and put my name down on their interest list.

In hindsight, I’m thankful that I went to an introductory session, learned to row and stayed on the team. Although the crew team isn’t currently training on the Cuyahoga River , we’ve been slogging through winter training.

If you’re wondering winter training for a CWRU rower is like, think early mornings Monday through Saturday on indoor rowing machines (we call them ergometers, “ergs” for short) at the Cleveland Rowing Foundation, weightlifting or cross-training in the evening and the occasional morning in the Veale Athletic Center in lieu of practice on ergs. It’s about as challenging as it sounds. The upside of winter training is that it’ll make us faster on the water.

Speaking of the water, one of the biggest reasons I like the crew team is actually rowing the boats themselves. On an erg, rowing is solitary. You move by yourself, reading information about your own timing, pace and distance. The only interaction with other rowers (at least to me) is before practice, during rest, during cooldown and while reading their split (projected 500-meter time) to motivate yourself to row harder.

In high school, I ran cross-country and ran long-distance for the track team. The times I hated those sports were the times that we did the same thing over and over on the track. I hated that a mile was four laps around the exact same path on the track and enjoyed the variations in the ground that cross-country brought for the same distance. I often feel the same way about rowing machines. The only changes are the workout and the person sitting on the erg next to you.
On the water, however, even though I’m focused on moving the boat with every stroke of the oar, a part of me feels the same enjoyment that I did during cross-country. I work as a team in a boat, and that sense of being a team carries over to seeing members of the team around campus. I’d say that the team is like a very big, very exhausted family.

Nobody said rowing is easy, and although it’s challenging to manage my time, I’m getting a handle on it.

Zubair Mukhi is a first-year computer science major. He writes opinion pieces bi-weekly. He doesn’t have a preference between rowing starboard or port. He’s currently concerned about what could be a knee injury, but he also wants to be healthy for the crew team’s spring break training. He misses warm sunlight and cloudless blue sky. He was a slow distance runner and is currently a slow rower.