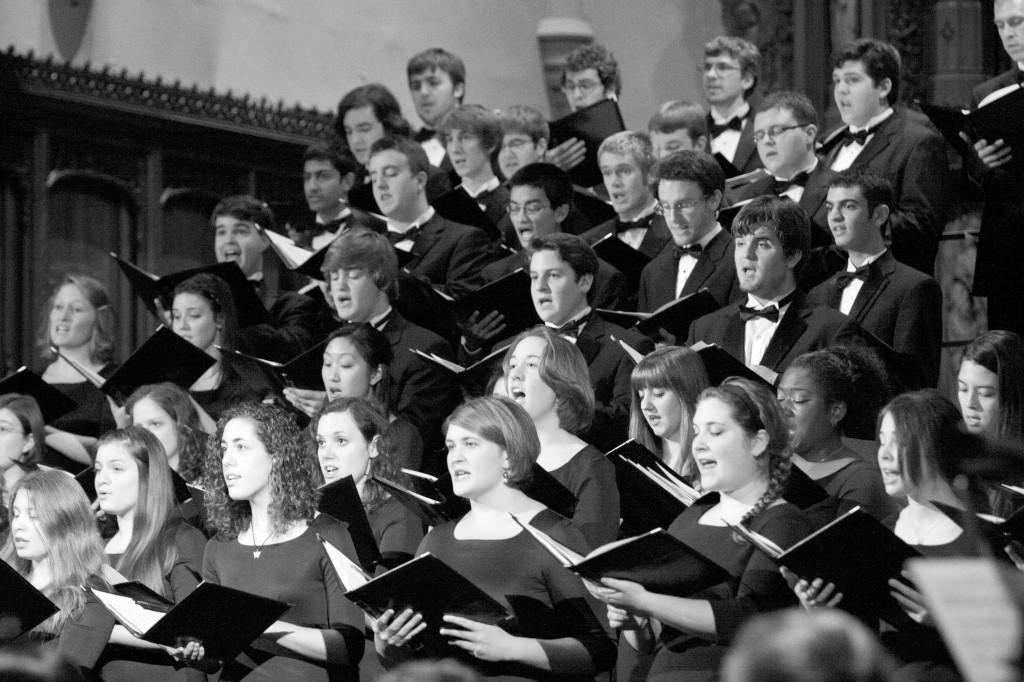 The CWRU Music Department is in the midst of presenting a wealth of concerts that its numerous ensembles and musicians have been working toward throughout the semester. The season began in many ways with CWRU’s two jazz ensembles under the direction of Paul Ferguson, who performed two Mondays ago with trumpeter Sean Jones, considered by many to be among the best in the world.

The season continued with two performances from the CWRU Orchestra under the direction of Dr. Kathleen Horvath, who split the ensemble into two smaller orchestras for two separate concerts. The first concert featured Vivaldi’s setting of the Gloria with choir parts sung by the University Singers, under the direction of graduate student Vanessa Bond. The second concert, pictured above, featured the Case Concert Choir under the direction of Dr. Matthew Garrett, performing with the orchestra a number of works from British composers, with specific leanings toward seasonal pieces. Among these pieces was John Rutter’s six-part suite for orchestra and choir, When Icicles Hang, and Nimrod, a moving movement from Edward Elgar’s Enigma Variations.

The music continued to resonate through Harkness Chapel with a performance from the CWRU Baroque Orchestra under the direction of Julie Andrijeski, which featured a virtuosic performance of Francesco Germiniani’s La Folia. Lastly, two concerts of undergraduate chamber music ensembles, one featuring wind ensembles and a jazz combo, and another featuring three campus string quartets, took place in the last two weeks.

The season continues with a performance of the Percussion Ensemble on December 1, and concludes on December 3 and 4, with the 22nd Windi and Jazzi, featuring the CWRU Symphonic Winds, both Jazz Bands, and a video montage set to the music of West Side Story.