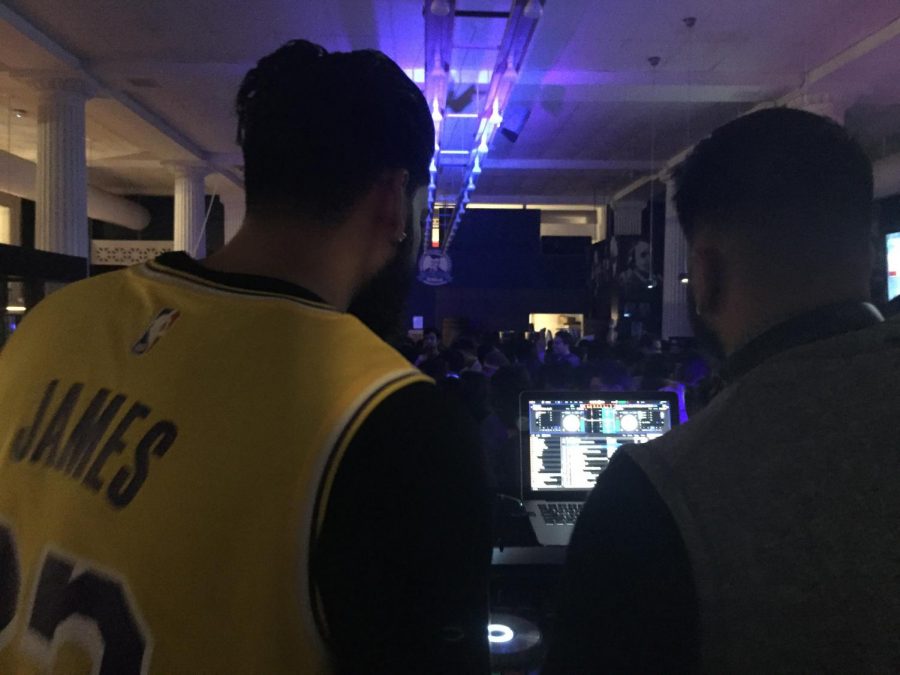 The piles of coats sitting by the entrance to the Jolly Scholar were falling off the tables and covered blocked-off booths last Saturday night. The reason for this calamity of coats was Naach Di Jolly, a Bollywood and Bhangra night, hosted by Naach Di Cleveland, celebrating Indian music and culture.

From 10 p.m. to 2 a.m., a large crowd danced its way through a globe-spanning set from DJ Vik, a DJ for weddings and other events. The night focused on Bhangra, a style of Indian music that blends Punjabi musical traditions with western popular music. The music has an upbeat style that lends itself well to dancing. DJ Vik mixed hip-hop and pop songs with Bollywood and Bhangra tracks from his spot on stage.

Saturday’s event was the second widely-attended cultural event held at the Jolly Scholar this semester, following in the footsteps of September’s Noche Latina. It carried a similar appeal with an easily accessible dance style that gave the audience plenty of opportunities to dance. The events were relatively similar in format, with Bhangra replacing Bachata and attendees wearing heavier clothing in the line to enter, due to the frigid temperatures outside.

Naachi Di Jolly was founded in 2014 by Case Western Reserve University students and alumni to expose the Cleveland community a board range of South Asian cultures. According to estimates, there were more than 400 attendees flowing in and out of the bar throughout the course of the evening. This attendance marks Naachi Di Jolly as one of the most popular events hosted by the Jolly Scholar so far this semester. A few attendees drank too much and caused a scene, but for the most part, the event ran mostly smoothly, with nearly everyone there having a blast.

Aranya Kumar, a first-year student, went with her friends to Naach Di Jolly. “I loved it … the music and meeting everyone,” said Kumar.

Shiv Desai, a fourth-year student, also described the event in glowing terms. Shouting over the music while continuing to dance, Desai said the event was amazing and lauded its ability to bring Indian culture and CWRU together.

Third-year Cian Desai, who is not related to Shiv Desai, echoed this sentiment, describing the evening as an opportunity to “get involved more with my own people.”
With no major complaints about the event afterward and a crowd of happy attendees, Naach Di Jolly was by most accounts a massive success. It seems near-certain that the next Naach Di Jolly, should it happen, will also be extremely popular.