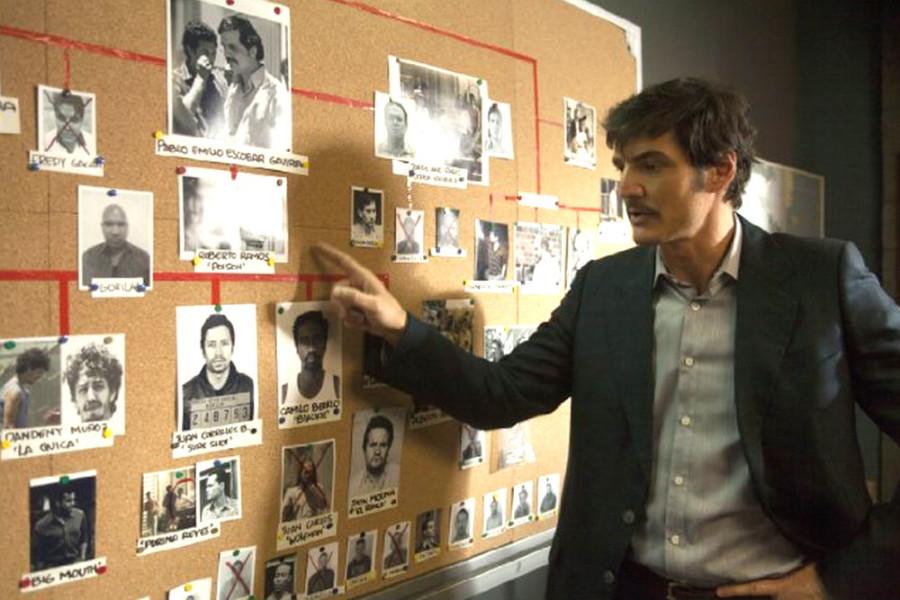 Crime is on the rise in this new, tense drama.

Since the dawn of its hit show “House of Cards,” Netflix has become a dominant figure in the golden era of television, joining the ranks of HBO, FX, BBC and AMC, to name a few. “Narcos” is the newest original show to grace the lists of Netflix subscribers, following the release of a plethora of other Netflix shows, from great ones (“Bojack Horseman,” “Daredevil,” “Knights of Sidonia,” “House of Cards”) to mediocre works (“Hemlock Grove”).

Fortunately, it is safe to say that “Narcos” fits the bill for a great addition to Netflix’s original series lineup for a variety of reasons.

The story for this show follows the rise of legendary drug trafficker Pablo Escobar (Wagner Moura) and his brushes with Colombian political parties, police, soldiers and even people within his own empire on his way to the top and his attempts to stay there. The path that he tends to cross the most is that of the watchful eyes and actions of the DEA, especially those belonging to agents Steve Murphy (Boyd Holbrook) and Javier Peña (Pedro Pascal).

The story behind Escobar and the rise and eventual fall of his empire was already a juicy topic for adaptation, and, for the most part, it has been adapted adequately enough with the good writing and strong direction of veteran Brazilian director Jose Padilha (of “Elite Squad” fame). Padilha utilizes a documentary vibe for the whole affair, which compliments the gritty nature of the series and material.

However, what makes this show truly shine is Moura’s magnetic performance as Escobar, who is an electrifying presence on the screen and joins with Padilha from “Elite Squad” and “Elite Squad: Enemy Within.” Granted, all the performances from the main characters to the side characters are great, from Holbrook’s subdued performance as Murphy to the inspired, energetic acting provided by Pascal as his partner, Javier.

However, Moura elevates both the show and the material with his subtle inflictions and the terrifyingly charismatic aura he emits every second he spends on screen. Although the show may receive some flak for casting a Brazilian actor (Moura) to portray a Colombian character (Escobar), the powerhouse performance provided by Moura outweighs this fact. The voice-over narration of Murphy as he talks about historical and fictional events, while good in its own right, will grow tiring to some viewers as the narration continues on and on in each episode—although this is lightened down as the show nears its tense, impressive season finale.

Overall, “Narcos” is a welcome addition to the Netflix family of programming and is certainly a show to binge watch from beginning to end in a few sittings.