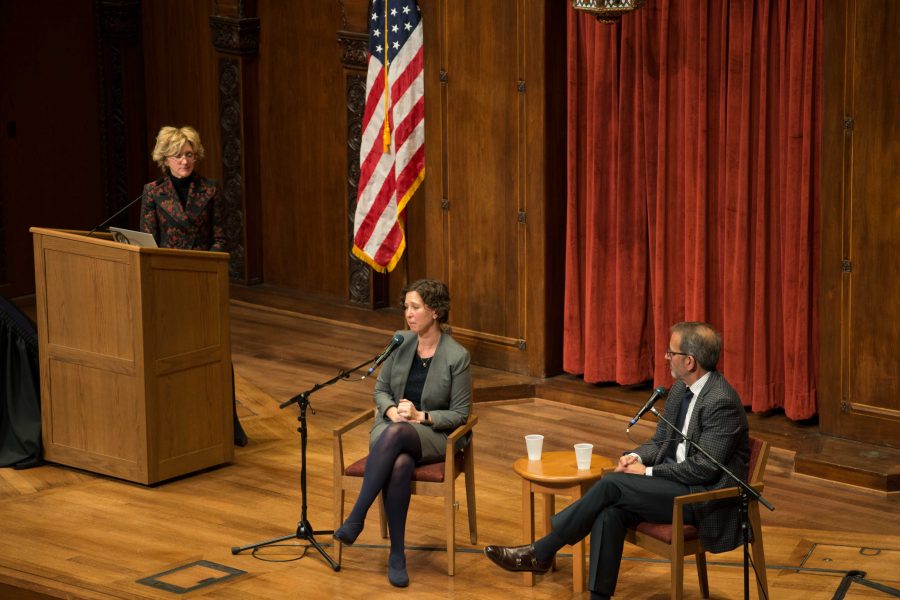 The CWRU Think Forum concluded its 2016-2017 program with a talk given by Jay Famiglietti, a NASA hydrologist. Famiglietti spoke on global water scarcity problem. He warned that the water crisis is extending to more regions.

The Maltz Performing Arts Center recently hosted Jay Famiglietti, an internationally acclaimed hydrologist, for a talk on the global water crisis. The talk, titled “Can We Solve the Global Water Crisis?” was the last speaking event of the year hosted by Think Forum at Case Western Reserve University.

As its title might suggest, the talk focused largely on explaining the severity of the water scarcity problem currently facing the world, and on describing novel methods and plans that are currently being implemented in an attempt to preserve our water supply. Famiglietti is one of the leading pioneers of this line of research, who is also the Senior Water Scientist at NASA’s Jet Propulsion Laboratory.

Famiglietti explained how, due to his special position as both a hydrologist and a NASA scientist, he is able to utilize a unique satellite-based perspective to study water depletion on Earth in detail. Two satellites in particular, which were launched in 2002 as part of NASA’s  Gravity Recovery and Climate Experiment mission, have been devoted by the agency to study terrestrial hydrological conditions and what they show does not look good.

Significant water scarcity now affects huge aquifers (areas with natural accumulations of groundwater) around the world, from California to the Middle East to Northwestern India. Most of these deficits are largely due to industrial food production, which consumes vast quantities of water. In addition to the various other detrimental effects that such enormous water usage can result in, it particularly threatens water security.

“My definition of water security is very simple,” said Famiglietti. “Does a region have enough water to do what it wants to do? Whether it’s irrigation, drinking water, energy production, whatever…does it have sufficient water to carry out those tasks?”

According to Famiglietti, unfortunately, it seems like an increasing number of regions around the world are suffering from diminished water security, if not losing it altogether. One of the most notable examples of this phenomenon is California, which has been in the news almost every single year for the last decade and a half due to its struggles with drought. However, there are many other cases like this as well, both within and outside the United States.

Famiglietti continued to point out that water replenishment is not a likely option, contrary to popular belief. One technology in particular, desalination, or the removal of salt from seawater to convert it into freshwater, is apparently extremely “overhyped,” despite the fact that it is not nearly efficient enough at present to be adopted on a mass level.

In Famiglietti’s opinion, changing attitudes and behaviors, both on an individual and on a political level, is the best way to effect real change in the battle against water depletion.

“People often think there’s some miracle technology [to solve hydrological problems],” he said. “In reality, it would make a far bigger impact for people to stop using water bottles, for example.”

Humans often don’t realize the tremendous influence they have on the planet, according to Famiglietti. He emphasizes that in today’s world, in which overpopulation is a huge and growing concern, society-wide policies and approaches can have extremely long-lasting, and occasionally devastating, effects on the earth. And the planet, he pointed out, increasingly under stress, is gradually losing its ability to recuperate.

“If we all died, then given a few millennia, things would probably regain some kind of equilibrium,” Famiglietti concluded. “However, [as things are going now,] it’s looking pretty grim.”