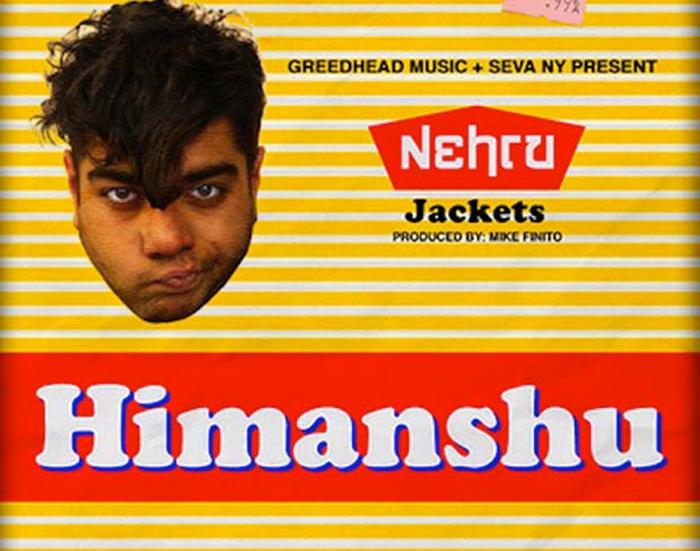 “I ain’t got love handles, got thug handles” are the first lines Himanshu gives us on Nehru Jackets, his first solo mixtape, and they kind of sum up the whole thing.

There’s no doubt that Himanshu, also known as Heems, and the other members of Das Racist, his main act, are immensely talented rappers. The question, however, has always been how seriously are we supposed to take them? How seriously do they take themselves?

On one of the greatest songs in the Das Racist catalog, “Rainbow in the Dark,” they name-drop everything from White Castle and Big Macs to Gruyere and Roquefort to Goodfellas, G-chat, Stephen Hawking, and Neutral Milk Hotel (“catch me at the crib getting light to Jeff Mangum / it’s fun to do bad things like rap about handguns”). Then they end the song with “no trustem white-face man like Geronimo / tried to go to Amsterdam they threw us in Guantanamo”.

Heems doesn’t make things any more obvious on Nehru Jackets. “Thug Handles”, the ninety-second opening track and probably the best on the album, is Heems bragging about eating. “Doctor said, ‘Please Himanshu, watch your cholesterol’ / I said ‘Dr. please, man, please just let me ball’”. Heems wants us to know that his “junk food game is of another pedigree” and “I do me / chew Now & Laters, Skittles, and them fruit that’s juicy”. It’s no joke: the chorus of the song is “I don’t wanna wait / for my life to be over / so I do it now.”

The rest of the tape (24 more songs and 70 minutes) is as varied as his output with Das Racist. He tells us that he “never liked rapping but I decided to try harder / then I shot the cover of Spin and tried Prada / went from ‘why bother?’ to ‘I’ll holla’ / for the mighty dolla.”

“NYC Cops” starts off with the most original of rap lyrics, “fuck the police,” and then Heems continues to breathlessly tell us for four minutes about cases of police brutality and murder in New York City.

On “Womyn,” Heems gives us his take on, well, women: “Ayo, I think women really like diamonds / yo I think they don’t usually like violence;” “they’re the great hope / they’re very dope / sometimes they like to smoke / sometimes they drink drinks with little umbrellas in em;” “I’m glad to be part of your ranks / if you accept me, women.”

Then there’s the two minute “Jason Bourne”, where Heems makes typing noises and tells us he’s “hacking into the mainframe / THE MAINFRAME” and raps the plot line of The Bourne Identity for us. He excitedly yells the ending: “But what’s next? / Operation Blackbriar! / Whoaaaah”.

All in all, Nehru Jacketsis exactly what you would expect if you’re familiar with Das Racist: moments of brilliance, hilarious jokes, and off the wall references. Nehru Jacketssuffers from having a little more filler than other Das Racist releases and, in the end, isn’t as strong as their classic mixtapes.