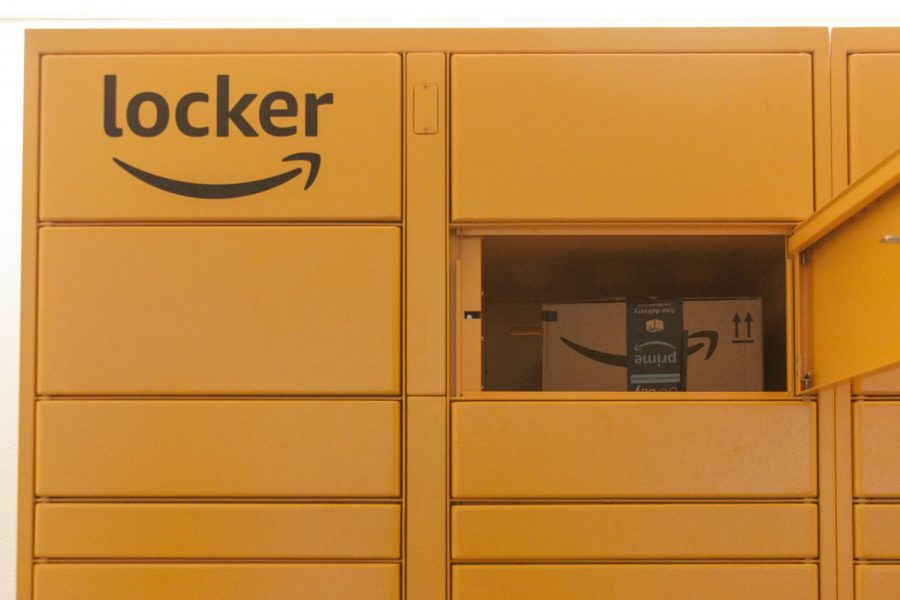 The Amazon Lockers were installed this month to alleviate traffic in the North and South Residential Area Offices.

The new stations, which were installed and are operated by Amazon, are intended to reduce the traffic of package deliveries in the North and South Residential Area Offices by restricting deliveries to Amazon-only orders. The lockers themselves, which are accessible 24-hours a day, also vary in size, further organizing packages.

Amazon Lockers are becoming a popular option for universities nationwide. At Case Western Reserve University, the project was initially presented within University Housing in 2015 but was not installed until this month. According to University Housing, the Lockers address the exponential increase in Amazon delivery volumes over the past seven years.

David Brown, Assistant Director of University Housing, explained that after Amazon Prime memberships were made available to students for free in 2010, Amazon’s numbers of campus orders boomed; numbers of Amazon packages rose from just under 60,000 to a whopping 140,000 in the past several years. He added that those numbers have since levelled out, but traffic has remained an issue in the Residential Area Offices.

“Amazon deliveries account for about a third of our deliveries,” he said. “We’ve added [Residential Area Office employees] and reorganized office space multiple times to accommodate the increase in deliveries.”

Once a student’s package physically arrives on campus, the student receives a notification which includes an access code indicating their delivery is ready for pickup. When the student arrives at the locker, a screen gives them the option to enter the one-time access code. The locker with their package will open and they take the package out.

“Technological investment certainly does come up as a solution to many of the problems that we look at when it comes to improving the on-campus living experience,” she said. “For example, we have been working with University Housing in order to get electronic key locks installed on the front doors of the Property Management Apartments to create a more secure system than the hard keys.”

While RHA was not directly involved with the Amazon Locker project, Wan said the organization has collaborated with University Housing in the past to provide feedback and suggestions about how to make delivery systems and systems like it more efficient. That includes last year’s installation of the Luxor delivery system, a walk-in room option for students in North Residential Village’s Wade Commons.

“Implementation of the Amazon Locker program is an example of University Housing’s continued effort to streamline operations and improve services for our resident students,” said Vice President for Campus Services Richard Jamieson.

Jamieson added that CWRU is looking to further its delivery technology by pursuing other programs not unlike the Amazon Lockers.

“The next phase of the package-handling program will be installation of Neopost, a similar technology that will handle deliveries from USPS, UPS, FedEx, DHL and others,” he said.