The new chief in town 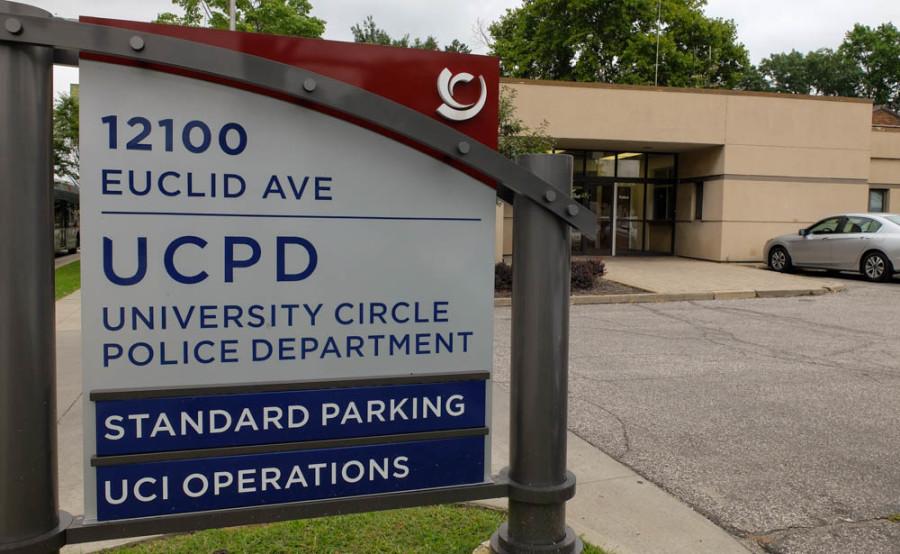 James Repicky worked for the police for over 30 years before resigning. Now, he is back to run the University Circle Police Department.

As of June 14, the University Circle Police Department has a new face. The former Chief John Pavelich has retired and Chief Jim Repicky is now in command of the department and its 25 officers.

“I had five years as chief, six years as assistant chief, and I was a supervisor for 25 years, so I think I have a lot to offer University Circle,” said Repicky.

His experience as police chief in the neighboring city of Euclid, Ohio, ended abruptly. He retired amidst controversy when his employee Sergeant Kevin Blakeley committed suicide in front of him during a meeting.

A report by Rick Bell, the Special Investigations Division chief, had concluded that Blakeley was stealing money from the Euclid Police Department and the Fraternal Order of Police, where he served as treasurer.

Chief Repicky decided that the best move for his department was for him to step down from his position in order to “let the healing process begin.”

After his retirement, he provided security to the judges and prosecutors at the Cleveland courthouse for three-and-a-half years but felt that his skills weren’t being fully used. When he heard that the position of police chief was vacant, he applied and was chosen as one of four candidates to interview for the position.

“I think the biggest thing for me is to make a difference,” said Repicky. “I just like helping people, and people call here for a reason. To sit on the sideline now would be a disservice to all the training and experience I’ve obtained over the years.”

According to the chief, the biggest deterrent to crime has been visibility.

“You have to be visible, just like the guys,” said Repicky. “I go to every Wade Oval Wednesday because I think it’s important that the people know that the chief is here. I’m not here to watch the guys, I’m here to see if any issues [come up] and to assist my officers at the same time.”

He continued, “It still says ‘police’ on my uniform. So I think it’s important that you have to support your employees and show that you’re not going to sit in the office nine hours a day, and you’re going to come out and see what they’re dealing with and see what you can do to help them do their job better.”

Repicky expressed concerns over the department’s budget. According to Repicky, 90 to 94 percent of the budget is used for personnel costs. However, if he could have an increased budget, he would like a new building for the department in the center of University Circle so his department is more accessible for residents.

The department is funded by 45 University Circle institutions, including Case Western Reserve University and University Hospital.

The most frequent calls for Repicky and his staff are thefts—of bikes, computers, phones and other items. He cautioned that some of these could be prevented by increased vigilance.

“I mean, I think not only Case students, but people in general have to be aware of their surroundings and unfortunately in this technology age everybody—not everybody, but a lot of people—are wearing those buds, and they are oblivious to what’s going on around them,” said Repicky. “And it doesn’t matter if you’re in University Circle or another city, you still have to be observant of what’s around you because if the opportunity is around you and the deterrent isn’t, it’s probably going to happen.”

Because University Circle is only one square mile, Repicky noted that his department has a very quick response time. That time is affected by the area’s traffic, though, as there are 40,000 to 45,000 people in the University Circle area during an average day.

When Repicky accepted the job of police chief, his goals were “to make the department better… and to develop future leaders.”

He added, “We have a great group of employees and police officers that are dedicated to University Circle… It’s a unique situation. I don’t know if you can find another department like this.”

Repicky first became interested in police work in high school. He studied at John Carroll University and then enrolled in the Cleveland Heights Police Academy, eager to get a job and gain experience. He recalls that police training has changed since he began working as an officer. There are 150 more hours of training required, and the course now includes a focus on issues like mental health.

Chief Repicky has a wife and four children, and in his free time he enjoys golf and fishing.

“Stop in, or I’ll see you around,” Repicky addressed CWRU’s students and residents of University Circle. “And if you have any questions, call us.”