New funding system to make money accessible throughout the semester 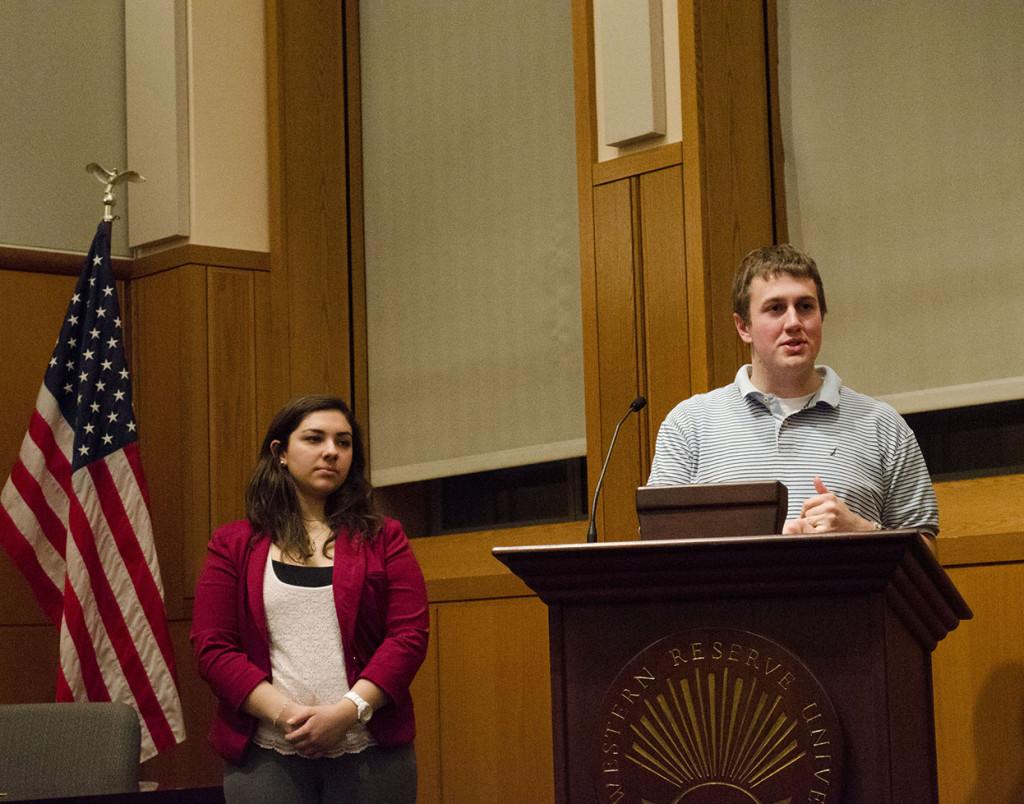 The USG Vice President of finance, Colin Williams, speaks at a recent meeting of the undergraduate student government.

As the semester approaches its midpoint, many student organizations at Case Western Reserve University have to finalize their plans for events they will hold during the next few months. Along with planning, the groups must also face the struggles that sometimes accompany the process of obtaining funding from the Undergraduate Student Government (USG).

To ease the funding process for student organizations at CWRU, USG has introduced a new Dynamic Rolling Funding (DRF) system. With DRF, USG aims to make rolling funding available to more student groups throughout the semester.

Under the previous rolling funding system, if a campus organization decided not to use the funds it was allocated, the money would still remain in its possession until the following semester.

This is a major issue the new system attempts to change. DRF allows student groups to return unused funds back to the rolling funding pool immediately, thus making additional funding accessible to other organizations. The USG’s Finance Committee will start reclaiming unused funds this week.

Previously, rolling funding was only available for student groups until the start of Mass Funding halfway through the semester.

According to USG’s Vice President of Finance Colin Williams, reallocations were also problematic under the old system.

“Our website somehow […] had three to four old reallocation forms you could find by doing a Google Search, Bing Search, CWRU Internal Search, etc. This created confusion as the forms had changed over the years,” he said. “The rules around reallocations were fuzzy and had an 80 percent penalty attached to them. With DRF, reallocations become a thing of the past, and groups can request money for what they want and need.”

The process of developing the new funding system was “straightforward,” according to Williams. The USG bylaws already required student groups to submit receipts within two weeks after an event for which USG funds were used.

Campus organizations are still required to do the same under the new policy, but the unused funds will be directly transferred back into the rolling funding account.

According to Williams, the new system was ready to be implemented as early as last July, but there were two issues that the USG Finance Committee had to fix before introducing the system to the community.

First, the Committee had to create a central system that would allow the Finance Committee to easily keep track of the dates of the events of the student groups. SpartanLink, a website for student organizations, proved to be of use for this purpose. Student organizations are now required to submit their events on the site during the periods of Mass Funding and rolling funding.

So far, student groups at CWRU have received the new system well. Williams expressed enthusiasm for being able to encourage groups to request more funding instead of making them go through the complex process of reallocation.

However, DRF is not perfect and there are issues Williams would like to see improved.

“This is a system that needs a lot of personal attention. Not just from an FCL standpoint, but making sure that we are keeping careful track of everything,” Williams said. “Ideally, SpartanLink will grow over the next semester to be able to better associate events with Funding Requests, making the system even smoother than ever before. I think that we could also see an improvement in connecting with groups to make sure that they have all the resources they need to have the best events possible.”