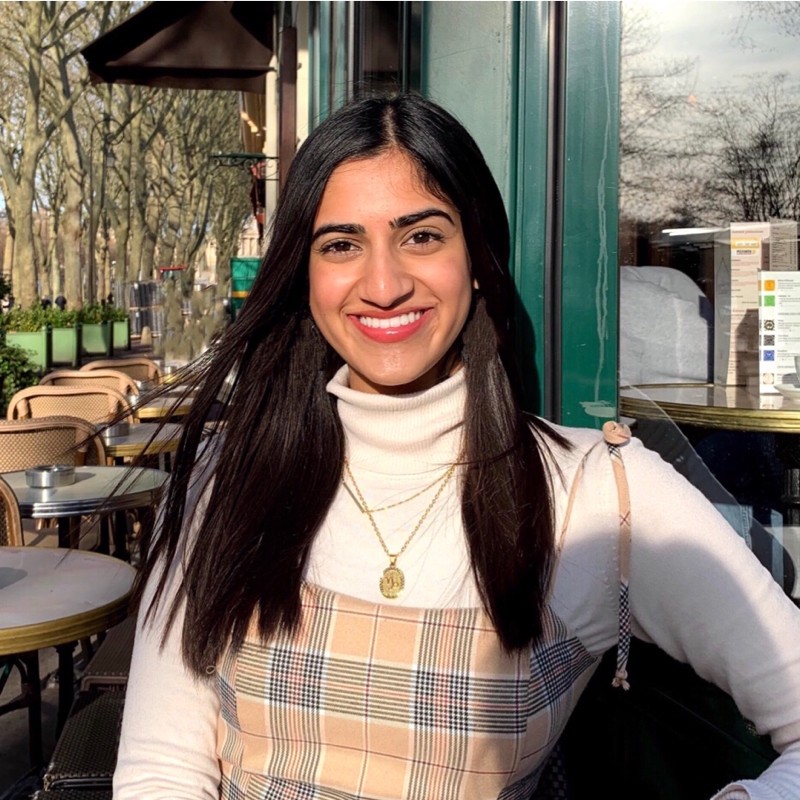 USG President Sophie Vilamara elaborates on her motives to impliment the policies outlined in the taskforce "For a Better CWRU."

The 2020-2021 school year was one of the most eventful in the history of Case Western Reserve University. Between the departure of our university president, Barbara Snyder, an outpouring of student activism around a culture of sexual misconduct here at the university, general outcry at institutionalized racism and of course, the COVID-19 pandemic, a lot was happening to our students and staff. Naturally, the Undergraduate Student Government (USG) already had a lot on its plate, navigating all these issues while representing the student body’s voice in these affairs. With everyone back on campus and classes back in person, the work continues, now under the purview of the newly elected president of USG, fourth-year nursing student Sophie Vilamara.

After campaigning back in May on her two-year experience as USG’s Vice President of Student Life, Vilamara emphasized her connection and appreciation for the community at CWRU. With CWRU notorious for its lack of student engagement in campus culture, an agenda centered around connection and growing school pride was always going to be difficult. That combined with the slew of issues and initiatives on USG’s plate—some of which Vilamara had been involved in the past—along with the need to attend to a reopening campus and a resurgent student life, all created one of the most consequential years that USG has faced. Despite the bevy of complex issues, Vilamara’s motivations for serving as USG President seem relatively simple and relatable.

“I came onto campus my freshman year and I was like ‘Wow the food isn’t great, could use some fixing up, and the transportation services aren’t too reliable,’” Vilamara said when explaining her motivation for running. “And I’m the type of person who, when I have a problem, am very solution-oriented, so that’s why I joined USG in the first place.”

“After serving as VP of Student Life for two years, that same spirit remains, however, I’ve learned there are a lot more issues related to inclusivity of students with students just simply not feeling welcomed into our campus in ways that need to be addressed by administration. These were topics that USG previously did not work on, instead focusing on hot topics like food and transportation instead of the deeper core issues in our community.”

“As president, I wanted to and will now have the opportunity to address these issues more in-depth with this platform as well as talk to administration coming from this position in order to enact different changes so that our campus can be more welcoming. And what I mean by that is just addressing the barriers faced by students of all races, of all financial backgrounds—I think that’s specifically a huge one.”

Vilamara’s mission of addressing more deeply rooted issues truly came into focus after the summer of 2020, when several student-organized social media accounts started popping up, indicating that CWRU had much work to do on a number of topics. With Instagram accounts ranging from @cwru.survivors shedding light on the many instances of sexual harassment and abuse that have long been ignored, to @black.at.cwru sharing anecdotes about the discrimination Black students have faced, to @lgbtqatcwru showcasing the rampant homophobia and transphobia still present in our communities, student testimonials were going viral around the CWRU community. Aside from student organizations starting to change their policies and some fraternities facing consequences, substantive action had not been taken. USG and Vilamara set about to address that.

Together with a few other students, Vilamara formed a mini-task force to discuss these overarching issues plaguing our university with the aim to curate proposals that would then be presented to university administration.

“The question was how we would get a solution to the problems that were becoming so evident,” Vilamara said in her recounting of how the “For a Better CWRU” task force started.

Following these informal discussions, university administrators started getting involved and dedicated committees were formed to create substantive policy proposals that would then be presented to an Executive Board, of which Vilamara was a part of along with then-USG President Hunter Stecko, as well as administrators like VP of Student Affairs Lou Stark and Vice President for Inclusion, Diversity and Equal Opportunity Richard Solomon. Through the end of the previous school year and through the summer, final proposals were reviewed by the Executive Board, with workable initiative recommendations identified and categorized for eventual consideration by CWRU President Eric Kaler and his cabinet.

Now as USG President, Vilamara’s focus is to make sure that these initiatives actually get implemented on the administration end.

“‘For a Better CWRU’ was fully staffed by students initially, but the whole point was that students should have such a fulfilling life outside of the classroom where they’re able to get all of their academics done while living in an equitable way. The initiatives were to make sure that students—regardless of their background, their race, their income and external factors—have the same ability to succeed on campus,” Vilamara said.

“However, that’s just not something that is possible when just students are tasked with these huge topics of … unrooting how CWRU is not being inclusive. So if all of these students were working overtime to make these proposals, neglecting their academics at times, and they only run the course of four years on campus, after which all of their work has to be handed down—then that’s just not sustainable. Frankly, that’s not too fair, and so I want to work to transition ‘For a Better CWRU’ to be admin lead.”

Vilamara is hopeful that the initiatives that the Executive Board agreed on will be enacted due to the presence of administrators on the task force, but also plans on using her influence as USG President to make sure the proposals are in line with what the student body demands by continuously getting student feedback.

Another way Vilamara plans on using USG’s role as the main bridge between administration and students is with regards to tuition transparency. For the first time, USG is planning on giving feedback on how our tuition dollars are being spent, a topic that is personal to Vilamara.

“Being a nursing student myself, I’ve found there is a massive financial barrier once you are in the nursing program. There’s a lot of hidden costs, and this is something that I’ve found to be true of many other majors … Personally, it is a lot more difficult to succeed as a lower-income student in the nursing program … They don’t really care about the background you come from, they just assume that you can afford everything and so they send us out to clinical sites regardless of transportation costs … and it honestly comes out to be anywhere between $2,500 and $4,000 in transportation.”

As such, Vilamara has been pushing for having those sorts of fees visible in our tuition packages, along with past initiatives related to reducing financial burdens on students, such as negotiating the Plum Market price drops. Now with the upcoming student body feedback form on tuition expenditures, USG has a chance to make it clear exactly what exactly our money is going towards.

While Vilamara is unsure if there is space for our tuition to be reduced, “there is a lot of room for us to advocate for where we want this money to go,” she explained. “That can come in the form of redistributing money away from, say, the Navigator program, which might not be too well received by the student body … and reallocating those funds towards fun spirit events or something else of more value.”

In the next year, Vilamara is keen on having as many campus events as possible while still adhering to masks and social distancing guidelines, to make up for the past year of online schooling, and reallocating funds towards these sorts of events may be one of the goals. Other USG initiatives, such as the ongoing effort to create a consolidated app, are still being worked on as well. But in the end, Vilamara emphasizes, what happens depends on how engaged and vocal the student body is about what they want.

“I want people to know that USG is always willing to hear what the student body wants to work on. As President, I definitely want to check in with the student body to see exactly what key problems there are in different aspects of the student experience so we can find solutions. But we need students to interface with us and get involved.”