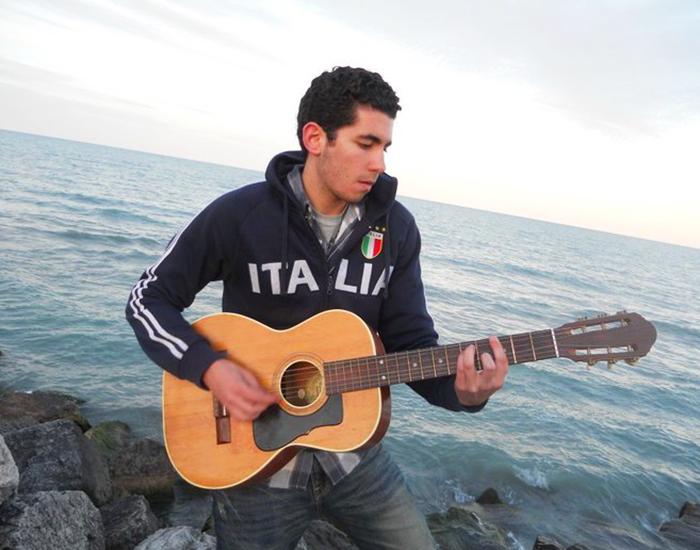 The album became immensely popular among the student population very quickly; in just under two days, the album had been played over 1,200 times and was downloaded by 324 users.

An over-the-top folk/country song immediately sets the humorous tone of this album, titled “The CWRU Song.” In fact, this song was what sparked Pilla’s album-making activities.

“The CWRU Song was written during the application process for the Orientation E-Board during the spring semester,” Pilla said. “This was my nod to CWRU’s history in a way that was more fun. I also knew that it could be performed for incoming students so that they could learn about CWRU’s history as well and feel more connected to the community here.”

Pilla has been an orientation leader for the past two summers and is very involved with other organizations at CWRU. President of IMPROVment, he is also involved in Eldred Theatre productions and the Newman Catholic Campus Ministry. Pilla’s accurate portrayal of history and student life comes as no surprise after seeing his heavy involvement on campus.

His varied activities lend themselves to his variety of music- the six songs on this album provide something almost anyone at CWRU can enjoy.

Following “The CWRU Song,” Pilla breaks out some mad rhymes with the second song on the album, “Spartan Freestyle.” This rap song was one Pilla knew he wanted on the album, and the rest of the songs were formed from “bursts of inspiration” that hit him at different points in his CWRU career.

A Bo Burnham-esque “Major Minorities” sends a tribute to students studying less popular subjects at CWRU, like Music, English and Business. This tune pokes fun at students in its playful chorus, asking, “Music major, music major, why don’t you go to CIM?”

The bass is dropped with “Thwing Dubstep,” a hilariously heavy song devoted to the beloved Thwing building, with overexcited vocals screeching, “I love Thwing!” Next comes the peppy song, “I’ll Need A Miracle To Pass This OChem” that describes the widespread troubles of Organic Chemistry students, and rings especially true with finals just around the corner.

Ending the album is Pilla’s ukulele cover of CWRU’s alma mater. This soft, short tune is a great ending to the wild song variety preceding it. All of the songs remain not offensive, but still offer humor to most students.

Even the album’s cover can create laughs. The hastily made cover artwork features Pilla’s smiling face photo shopped into the Spartan mascot uniform. “It took me ten minutes to learn how to use Photoshop and three minutes to make the picture,” Pilla said unashamedly.

Despite his funny album cover and comedy based songs, Pilla’s music skills are not to be underestimated. His polished guitar playing and his vocal energy combine to form music that not only evokes a giggle, but also encourages the listener to sing along.

Pilla, a Business Management major with a Marketing concentration, has never limited his goals. “I’d like to be a musician. I don’t know what kind, because I write serious songs as well,” he said. “If that doesn’t work out, I’m not entirely sure where I’m headed at this point.”

However, his current popularity will certainly push him to continue pursuing music in some form. “I do have some other songs that didn’t make it onto this album, and if the reception for this one is positive enough then I will be releasing another one at some point.

Pilla’s album can be found for free downloading under his account on reverbnation.com.