Nico Walker: The veteran who wrote his debut novel from a jail cell 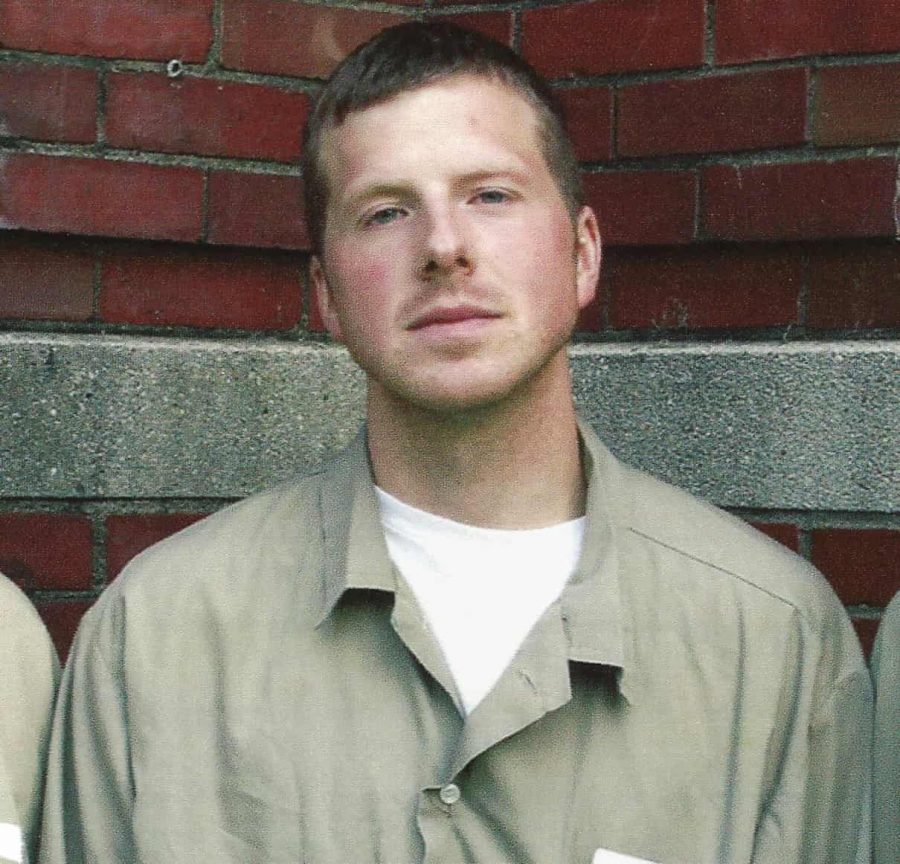 Courtesy of The Guardian

At 19, he was an Army medic in Iraq. Then, he was a serial bank robber. Now, he is an author armed with a story to tell.

This is the story of Iraq War veteran-turned-author, Nico Walker.

George W. Bush had just been reelected, and Walker had just graduated high school in Cleveland Heights. Facing dismal job prospects after graduation, he dropped out of college at 19 and enlisted in the military.

Having grown up around immediate family members in the Army, Walker felt drawn to the military, reminiscing: “I was in a hurry to grow up and be recognized as an adult.”

He hoped that deployment would also give him a story to tell. “You are able to say that you’ve been somewhere and done something. It was all very vain,” Walker remarked. “[Joining the Army] was a much deeper cultural thing that was going on. There was this kind of pull, a bad narrative.” According to Walker, this narrative was forced on everybody.

He eventually joined an infantry unit in Iraq as a medic, where his quest for self-improvement soon became a quest for survival. After training at Fort Leonard Wood in Missouri, Walker was deployed to an area near Baghdad known as the “Triangle of Death” for 11 months.

“If you ended up in an infantry unit, it was very far from a sure thing that you would come back in one piece,” Walker notes.

Bombs were everywhere and nowhere at the same time. Each one left behind shards of debris, wounded soldiers, dead bodies and a crater. As a medic, Walker often found himself amidst the smoldering rubble, sorting through the dead. Everyone could hear the roaring of the “MEDEVAC” (medical evacuation) helicopter in the distance, on its way to rescue the wounded.

Then there was the ever-present stench of smoke. “The smell is something you already know. It’s coded in your blood,” he writes in his novel, “Cherry.”

In these moments, Walker felt an indescribable momentum as he sorted through the dead bodies in a dazed state. He says, “What shocks you so bad is that [seeing the dead] is almost like you are hit in the head with something heavy.”

Events like these came with a psychological cost when it was time to return home 11 months later.

Shortly after returning, he received a two-page memorandum from the government about adjusting to civilian life, which noted that veterans “may miss the excitement of the deployment for a while.”

Walker returned to the quiet suburbs of Cleveland Heights. By day, he was a member and songwriter in a rock band called Safari. Memories of the war washed over him in his sleep. In his novel, he writes, “In these years, I didn’t sleep and when I slept I dreamt of violence. I dreamt of Iraq. I would die in my dreams and not wake up.” Then, he would wake up in a puddle of sweat.

With these memories came guilt: “You start thinking about where you came up short and what the consequences of those mistakes are.”

On top of all that, no one seemed to understand him. He notes, “What would be the point of explaining [to] anybody else because they had no frame of reference.” According to the US News and World Report, between 11 and 20 percent of Iraq War veterans suffer from post-traumatic stress disorder (PTSD). Yet, PTSD was a taboo in the military, according to Walker, and soldiers who had mental illnesses were outcasts simply because they deviated from the traditional archetype of a soldier. He states: “They’ll pat you on the back as long as you play the part.” As a result, he noted that veterans like him struggled in silence out of fear of being stigmatized.

Eventually, he turned to heroin, finding himself in the folds of the opioid epidemic and in yet another world of stigma.

When he sought help for his addiction at the Louis Stokes Veterans Affairs (VA) Medical Center, he noticed that staff treated him like he was “trying to scam them.” He remarks, “They acted like you stole something from them.” Looking back, he realized that their disdain for him was having an impact on his treatment outcomes as he simply could not trust them and ultimately rejected their help. A psychiatrist at the VA diagnosed him with bipolar I disorder, but there was no mention of PTSD.

A forensic psychiatrist who testified for Walker acknowledged that the bipolar diagnosis was a “grave clinical error.” He had PTSD, but doctors found out years after his visit to the VA. The diagnosis came too late.

By that time, he had already begun robbing banks. It started out with Walker demanding bank tellers to hand over cash. Then, he started using a pistol. He committed robberies at gunpoint until he got into a car crash on Cedar Road after fleeing a robbery. By the time he was caught, he had taken over $40,000 in cash.

He was subsequently arrested and faced 11 years behind bars in Kentucky for multiple bank robberies. While in prison, he found a new purpose: a passion for learning and teaching. He taught Spanish and English grammar to fellow inmates as a General Education Development (GED) tutor while cultivating an interest in botany, which he originally planned to pursue professionally when released.

In 2013, Buzzfeed featured Walker in an article that catapulted him to national attention. Out of the blue, Matthew Johnson of Tyrant Books contacted Walker, saying that he should write about his story. At first, Walker was hesitant to write the novel, but Johnson eventually convinced him. Walker says he had never written anything on such a large scale before. Moreover, the editing process would take longer than usual because he had no computer, forcing him to make every change by hand.

With a typewriter in his jail cell, Walker started writing his debut novel, “Cherry,” which is slang for someone who has not been in combat before. In the semi-autobiographical novel, the narrator is fresh to the world of combat and the dangers it poses. The nameless veteran, who robs banks to support his opioid addiction, is caught in the folds of his past. Knopf Publishing eventually purchased his manuscript, which he notes was a watershed moment. The book was auctioned into a movie directed by the Russo Brothers, starring Tom Holland, part of which was filmed on Case Western Reserve University’s campus. He says: “I had a chance to do something.” Writing the novel gave him a new direction in life.

Walker was released from prison early to take care of a terminally ill family member last October. He now resides in Oxford, Mississippi, where he is working on his second novel.