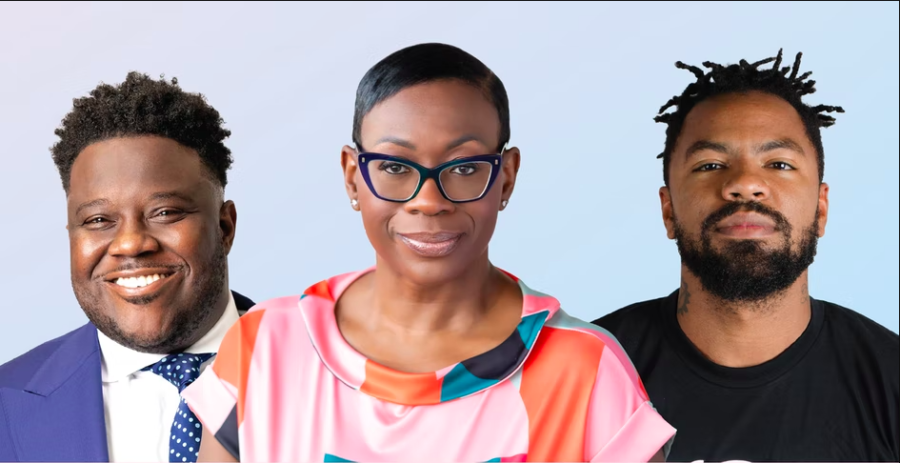 Louisiana candidate for US Senate Gary Chambers, OH-11 congressional candidate Nina Turner and activist Philip Agnew (left to right) spoke on a panel at the Tinkham Veale University Center on weed legalization and the justice system reform, as well as a variety of other topics relevant to the upcoming midterm elections.

Walking into Tinkham Veale University Center Ballroom A, hopes and excitement to hear from a woman running for the House of Representatives for the OH-11 District on a platform of cannabis legalization, prison and healthcare reform and refusing to accept donations from PACs were high.

Joining Ohio Sen. Nina Turner were US Senate candidate Gary Chambers and political activist Philip Agnew. All three presented a different perspective on the headlining topics of marijuana, the prison system, the healthcare system, the Green New Deal and more, offering important background on their own experiences within these systems and their dedication toward tearing down some of these potentially harmful systems within our United States political and social spheres.

Putting on this important panel was the Case Western Reserve University student organization CWRU Students for Nina, who had advertised the event on their Instagram page, @cwrustudentsforninaturner. The organizers did a tremendous job bringing together these inspiring individuals and offering the CWRU student body and community members the chance to talk about their experiences and hopes and dreams for the country and her future.

Following the program, I had the opportunity to speak with Nina Turner and Agnew about their experiences in life, in politics and on the campaign trail. When asked about how she got involved in politics, Turner responded simply, “politics found me.” She explained her immersion and activism in politics as an undergraduate student at Cleveland’s Cuyahoga Community College and Cleveland State University. “A group of friends and I started an organization called ‘Students for Positive Action’ because we just saw the decay in the city and wanted to be helpful. And even though we didn’t have a lot of money, we knew that in many ways we were privileged…we wanted to help people make their lives better.”

She has taken this mentality into her current campaign trail after losing in a close race during this last election cycle, but she has not let this stop her. Rather, she has taken this challenge head-on and has remained hopeful and excited about the future of Cleveland, and the United States as a whole as a voice for the Progressive movement within the Democratic Party.

This sector of the Democratic Party involves provisions toward expanding education at the preschool level, helping current undergraduate students with loan forgiveness and creating a free public education option for those seeking post-secondary education. As college students who experience the burden of loans, these policies are incredibly influential on us, and Turner acknowledges the urgency of this matter. She said, “we’ve got to get elected leaders who know that the investments that we make in our young people early on are paying so many dividends, both for them as individuals, [and] us collectively as a community…,” emphasizing that doing this allows young people to live out their “greatest greatness” and achieve new heights.

This idea of living and learning outside the classroom is one that Agnew also touched on: “So I was a business student [in undergrad], but I was also super involved in student government. I wound up being a student body president my junior year.” This led him to co-found the organization Dream Defenders following the murder of Trayvon Martin. “We did a big march…to where Trayvon was murdered, and out of that came Dream Defenders. So we all did this big thing together, it was really powerful… so we said maybe we should start an organization,” said Agnew.

When asked what college students can do to engage in activism and help foster change in the world, Agnew replied, “this is a primary time in your life; your only responsibility is to go to class and to connect with other people who want to better themselves and hopefully better the world.” He went on to say that students have the numbers and the potential to enact change in many aspects of student life, such as relieving student debt. So, regardless of our political leanings, it is important that we use our voices as college students to vote and make our voice heard.

Go out and vote in the Ohio primary elections on May 3 (if you’re registered) and help make a difference within our community.